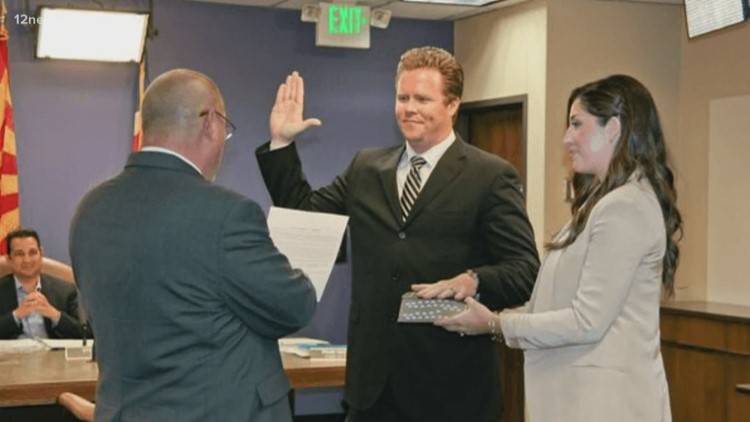 In a sweeping request to Maricopa County Attorney Allister Adel, Petersen's lawyers are seeking to contrast the work hours of Sheriff Paul Penzone, Recorder Adrian Fontes, Treasurer Royce Flora, all five members of the County Board, as well as Adel, with the hours put in by Petersen.

Petersen was suspended by the board two weeks ago for neglect of duty. He was jailed for four weeks while awaiting hearings on more than 60 felony charges in a three-state adoption scandal.

The County Board named former county department head Bill Wiley to oversee the assessor's office, at an annualized salary of about $150,000.

In a letter to the county attorney on Monday, Petersen attorneys Kory Langhofer and Thomas Basile ask the board and Adel to ensure that up to 13 county officials or employees testify at an anticipated hearing appealing Petersen's suspension.

The County Board would hear the appeal of the suspension it levied, believed to be the first suspension of an elected official in county history.

The board has scheduled an executive session for 10 a.m. Wednesday to review possible formats for an appeal.

Petersen has pleaded not guilty to felony charges in Arizona and Arkansas connected to a baby-selling scheme that relied on women from the Marshall Islands to deliver babies for adoptive parents in the U.S.

Petersen is expected to enter a plea Friday in Salt Lake City to charges filed in Utah.