Petersen in talks with Maricopa County on resigning amid adoption scandal

Emails obtained by 12 News show both sides are at odds over severance. Negotiations continued over the weekend after the release of an investigative report. 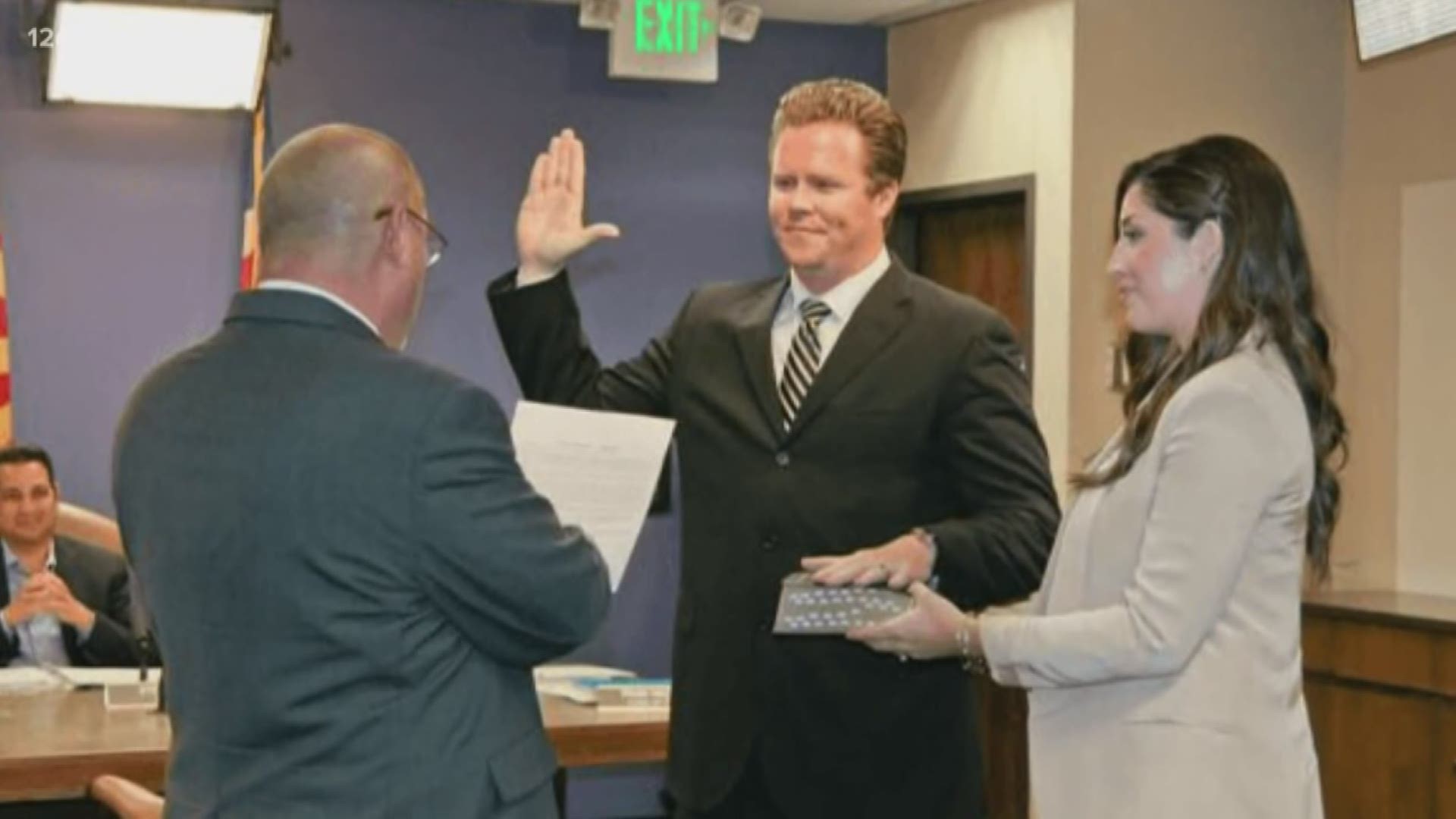 PHOENIX — Attorneys for Maricopa County and suspended County Assessor Paul Petersen have been in talks for several weeks about Petersen resigning in exchange for a portion of his pay or benefits, 12 News has learned.

News of the talks comes ahead of the County Board's hearing Wednesday on Petersen's appeal of a four-month unpaid suspension imposed by the board.

Emails obtained by 12 News reveal the settlement talks between Petersen and the county began before Thanksgiving.

There is no guarantee they'll strike a deal. In fact, the most recent e-mails suggest the two sides are far apart.

"It's in the best interest of taxpayers and our employees to reach a financially responsible conclusion that will restore stability to an important office. One of the avenues is a settlement, which the board responded to in good faith after Mr. Langhofer reached out weeks ago. The board has never offered a cash settlement or continued salary to Mr. Petersen."

A 55-page preliminary investigative report released late last week gave both the County Board and Petersen reason to claim victory.

Lawyers hired by the county to bolster to board's case for a suspension said Petersen violated Maricopa County policies by using county property for his adoption business.

But the same lawyers also found Petersen didn't neglect his assessor duties, which was the foundation for the County Board's suspension.

The Petersen and county attorneys engaged in a back-and-forth over the weekend after the investigative report was released.

Langhofer emailed Doran on Thursday: "I spoke with Paul, and he would be willing to accept a severance package of 9 months salary and benefits.

"I'm not sure that I can definitively declare this to be his 'best and final' offer, but I am certain it is either (a) his final position or (b) extremely close to his bottom line (i.e, I don't know that he will accept anything less but, if he does, it would not be much less).

"If this offer or something very close to it doesn't work for the County, we can conclude settlement discussions and move forward with the hearing and subsequent litigation."

In an email Sunday, Doran, responded:

"Thank you for your email, Mr. Langhofer.  I am authorized to offer your client six months of benefits continuation, subject to the caveats I made in the County's previous offer.  This offer will expire at 5:00 p.m. on Monday, December 9, 2019."

Langhofer fired back 90 minutes later: "That is an unserious offer designed to end the conversation; of course Paul declines.

"If your client would like a counteroffer, you can take this to them:  Paul would be willing to resign in return for a severance payment equal to just 50 percent of the aggregate billings from the county's five law firms in this matter."

Both sides have their own reasons to put this mess behind them.

In Petersen's case, he needs the money and the health benefits from his county job. Dragging out the fight over his county job also costs money.

Arizona Attorney General Mark Brnovich has frozen about $1.5 million in assets belonging to Petersen and his wife, as the alleged gains from an illegal business that could be used as restitution.

Any county compensation from a settlement wouldn't be considered as gains from an illegal business.

On the county's side, the lawyers' bills are piling up as the board attempts the rare and legally challenging feat of permanently sidelining a fellow elected official.

The state's top Republican, Gov. Doug Ducey, has called on Petersen to quit.

Petersen, a Mesa Republican, has served as county assessor since his appointment in 2013. He won countywide elections in 2014 and '16.

According to agreements provided to 12 News, the county has hired several outside attorneys for the Petersen case:

- Doran is being paid $515 an hour to represent the county and board in the appeals hearing and any future lawsuits involving Petersen.

- Former Attorney General Grant Woods is getting $515 an hour to oversee the investigation; attorney Lee Stein is earning the same hourly wage to put together the investigative report.

There are also teams of lawyers working with Doran and Stein.

Even in the likely event that the County Board upholds Petersen's 120-day suspension, Petersen could resume claiming a paycheck at the assessor's office on Feb. 26, unless county lawyers find the legal grounds to keep him out.

Failing that, Petersen could conceivably remain in office until his four-year term ends around Jan. 1, 2021.

His adoption scandal would be certain to come up in the 2020 election for assessor, a down-ballot race that usually draws no attention.