The transportation secretary is expected to highlight how Arizona could benefit from a $1 trillion infrastructure package recently passed by Congress. 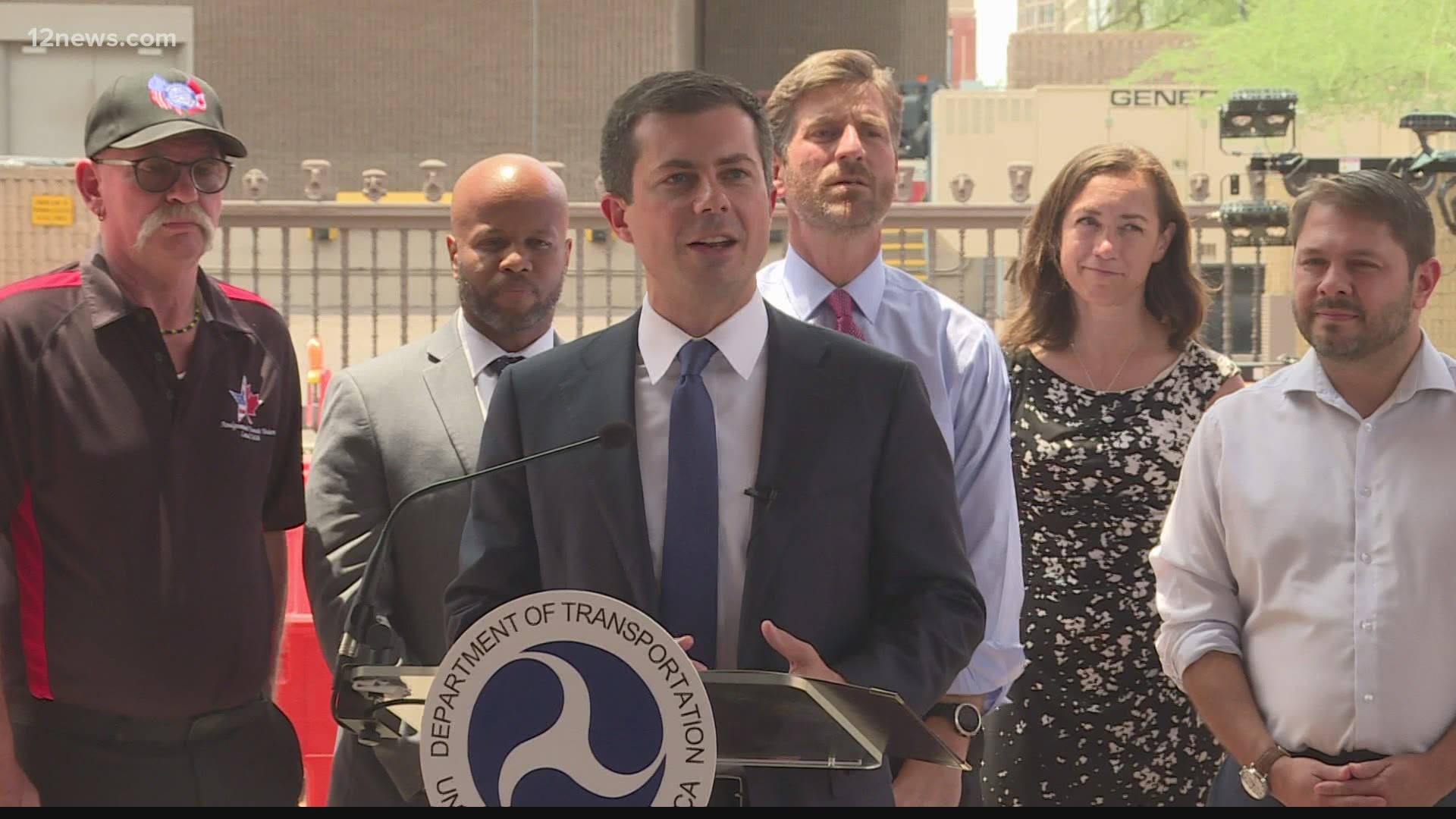 PHOENIX — Secretary of Transportation Pete Buttigieg is planning to visit the Valley this Friday to promote a $1.1 trillion infrastructure bill signed by President Joe Biden earlier this week.

12 News has learned Buttigieg is scheduled to attend an event at a future light rail terminal that's part of Valley Metro's northwest extension of the public transit route.

The 39-year-old former mayor and one-time presidential candidate will soon be in charge of overseeing the nation's largest infusion of cash into the transportation sector since the 1950s. Buttigieg's agency will be tasked with distributing $120 billion in grant funding that was allocated through the infrastructure bill.

When members of Congress were still negotiating the infrastructure bill back in July, Buttigieg traveled around Arizona to highlight how the state could benefit from the legislation.

Biden nominated Buttigieg to oversee the country's transportation department last December and he was confirmed by a Senate vote of 86-13.

NEW US Transportation @SecretaryPete is expected to travel to Phoenix Friday as he promotes new infrastructure act, @12News has learned. Event scheduled at future light-rail terminal for northwest extension at Metrocenter Mall. pic.twitter.com/vjDEfyCZUH

According to Arizona Senator Mark Kelly, the infrastructure bill is expected to allocate $5 billion to Arizona for highway improvements and $225 for repairing bridges.

The state is additionally expected to receive $100 million for expanding access to high-speed internet, $884 million for public transit programs, and $20 million for the Southwest Ecological Restoration Institutes.

"This legislation is a big boost for Arizona’s transit and roads, and will modernize our ports of entry, improve our aging water infrastructure, and bring much-needed internet connectivity to our rural and tribal communities," Sen. Mark Kelly said shortly after President Biden signed the infrastructure bill.