Petersen was suspended in October after he was charged with five-dozen felonies in an alleged 3-state adoption fraud scheme. 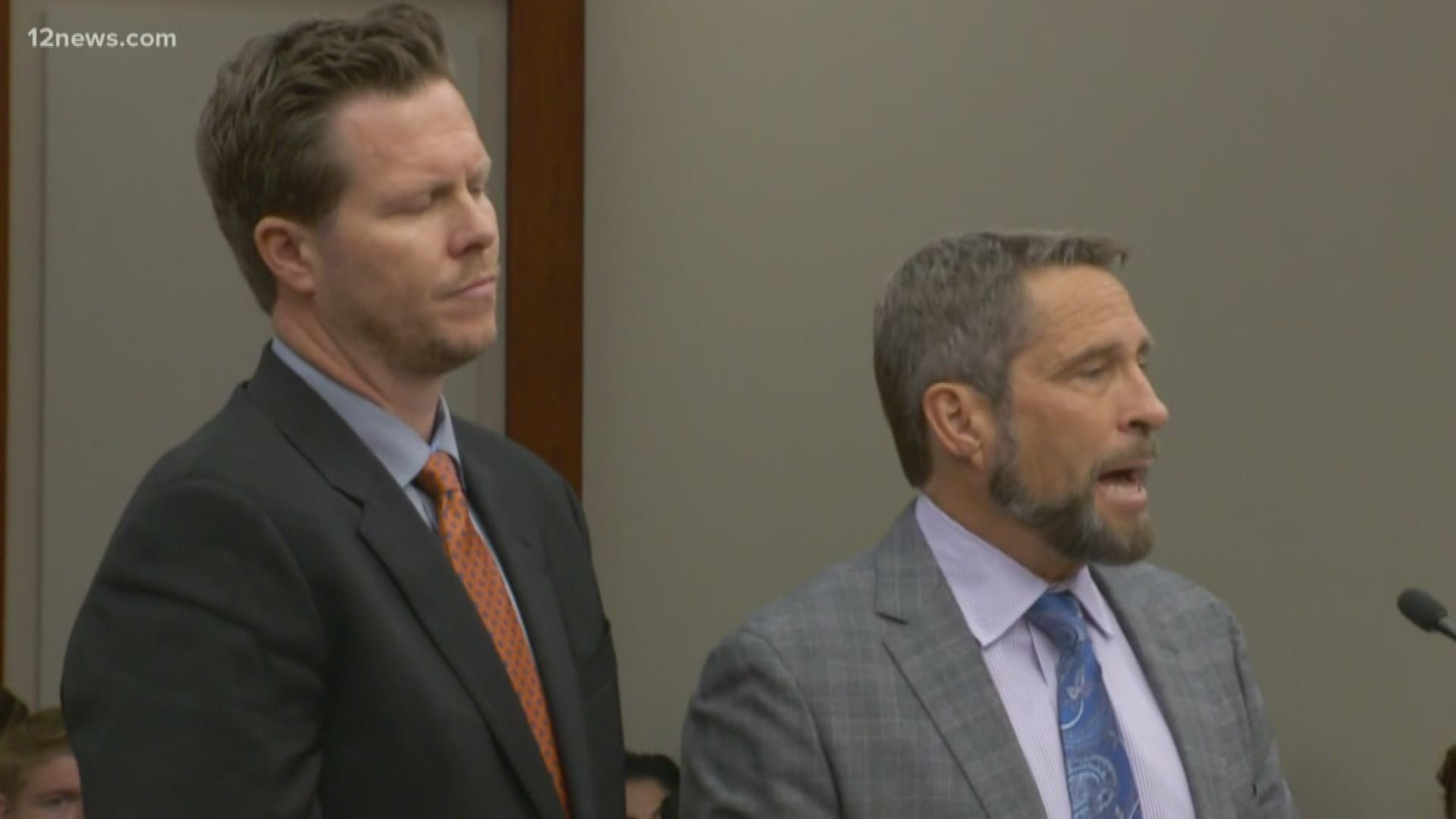 Petersen's resignation comes three months after he was charged in an international adoption fraud scheme involving women from the Marshall Islands.

Below is Petersen's full resignation letter:

"I am an innocent man, but the media and the Board of Supervisors have presumed my guilt rather than my innocence in this matter. The Board of Supervisors even disregarded their own report concluding that my office discharged all its statutory duties, and the legal standard governing suspensions of duly elected constitutional officers, because they believed no one would look too closely in light of the sensationalized and one-sided media environment. Several of the Supervisors voted to suspend me for being involuntarily absent from the office for less time than they were voluntarily absent; they were a jury of hypocrites.

I fought the Board’s initial decision because it felt wrong to capitulate to a suspension based on anything other than my performance in office—and because, as the Board’s own report concluded, I never neglected my duties as the Maricopa County Assessor. Anyone can second guess the hours I spent at the downtown office, or whether the position should be appointed rather than elected, but I performed my statutory duties with honesty and the support and loyalty of an entire office.

Two regrets as I leave public life are that I did not have an opportunity to personally thank the professional team with whom I served for over 14 years in the Assessor's office, and that this spectacle has distracted them from their dedication to fairly and equitably valuing all property in Maricopa County.

Today, I reluctantly resign as Maricopa County Assessor. My focus now turns to defending the allegations against me. Those allegations will ultimately be resolved in a courtroom, where rules and the Constitution still matter."

The Maricopa County Board is expected to accept Petersen's resignation at a special session Wednesday morning.

The board met in closed session Tuesday morning to review a formal report on its investigation of Petersen for neglect of duty.

The meeting was recessed until Wednesday, with no action taken.

Petersen was facing the likelihood of a drawn out court fight, after the County Board recommended County Attorney Allister Adel seek Petersen's removal from office for willful misconduct.

Petersen has entered not-guilty pleas to more than five-dozen felony charges in the alleged three-state baby-selling scheme. The indictments were handed up in October in Arizona, Utah and Arkansas.

Petersen, a Mesa Republican, was paid $77,000 a year as county assessor.

Petersen had served in the assessor's office for several years before he was appointed to fill a vacancy at the top in 2013. He went on to win a special election in 2014, and a general election in 2016. His four-year term was set to expire at the end of this year.

The Petersen controversy has come at considerable cost to county taxpayers.

After Petersen was suspended, the County Board appointed longtime county administrator Bill Wiley to oversee the assessor's office, at a pay rate equivalent to $150,000 a year.

The County Board's investigation of Petersen for his appeal of the suspension in December relied on several lawyers who were paid more than $500 an hour.