Rental homes in the Valley have been used by some as party houses during the pandemic. Now, lawmakers are aiming to end that trend with a new bill. 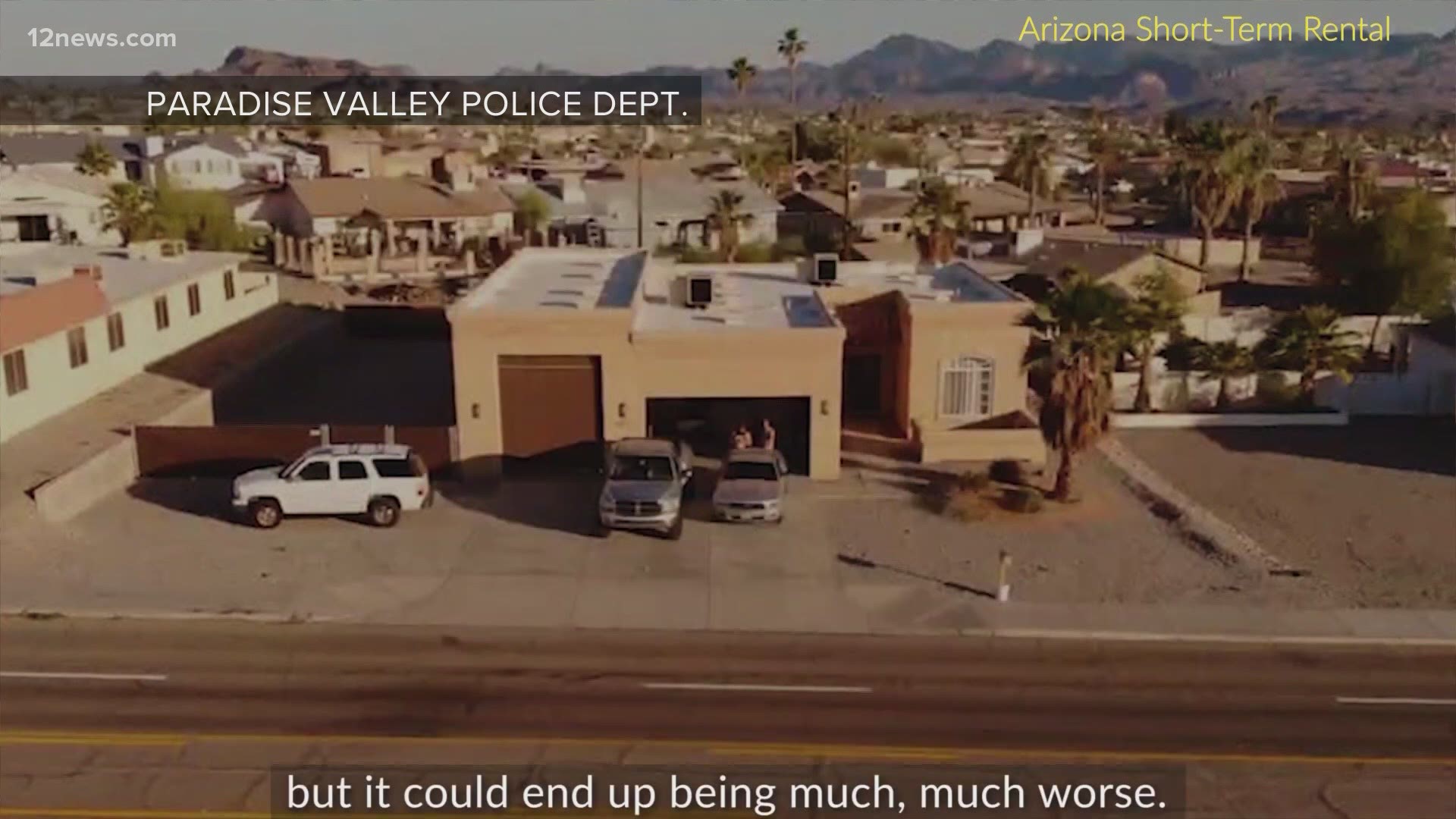 ARIZONA, USA — Arizona cities and towns may soon have more tools at their disposal to regulate short-term rental properties after the Senate passed SB 1379 this week.

Big parties and loud noise have been a problem in multiple residential areas around the state for years, authorities said. The new Senate bill hopes to decrease those issues.

The measure, introduced by State Senator J.D. Mesnard, would authorize local officials to impose fines on the owners of rental properties that frequently violate ordinances.

The bill would also give the Arizona Department of Revenue the authority to suspend any property’s tax license for short-term rentals that receive three verified violations in a 12-month period and allows municipalities to require rental hosts to have liability insurance.

“If you oppose or support short-term rentals, period, nobody wants to deal with bad apples”, said John Hildebrand, a spokesperson for Arizonans for Responsible Tourism Recovery, a group of over one-thousand short-term rental owners who support the measure. “It hurts our industry, it hurts Arizona."

Hildebrand has two rental properties in Scottsdale, which he says kept him afloat after his photography business came to a halt during the pandemic. He and the thousands of others who depend on short-term rentals want to be good neighbors and responsible owners.

Paradise Valley Police Department put out a video last month, highlighting some of the problems the city has allegedly encountered with short-term rental homes.

The video published on YouTube included statements from area mayors, city councilors, and the towns attorney, along with 9-1-1 calls from neighbors reporting big parties at rental homes.

“I was just assaulted. I need police to shut down this party right now,” one caller told dispatch.

Other callers in the video report fights breaking out and people carrying guns.

The seven-minute-video also included bodycam video from police offers responding to the scenes. One of the clips show a long line of young-adults exiting one residence.

“If they are violating and breaking the law, they should be penalized," Hildebrand said.

A portion of the measure that would have limited occupancy was removed when it passed the Senate. The bill now heads to the House.

You can read the full text of the bill here.