One Arizona woman’s odyssey through her DES jobless claim

The most unsettling response she’s received for why she hasn’t received her money? DES is waiting for her to “give up.” 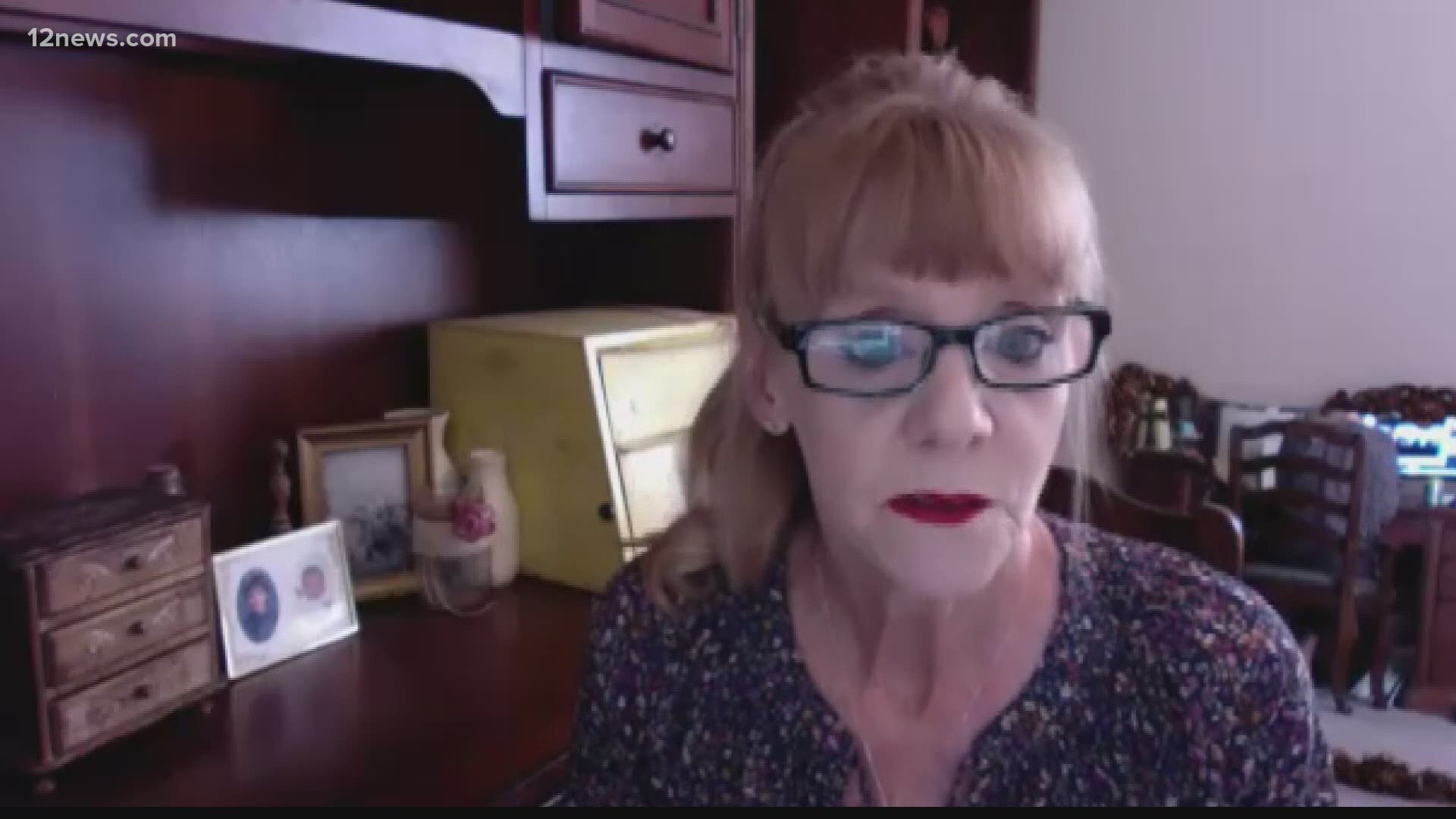 PHOENIX — Throughout this pandemic, 12 News has been tracking the way the state distributes jobless funds to Arizonans who qualify.

Traci Stevens’ case illustrates why some applicants feel like they are purposely being ignored.

“Nobody would get back to me,” she said.

Stevens, 57, has spent most of her life working in sales as a large event planner. The California-based company that employed her was understandably decimated by COVID-19 and Traci was laid off last summer.

The Avondale woman received unemployment insurance benefits from the State of Arizona until payments were abruptly cut off on February 4.

“Nobody would get back to me. Nobody would explain to me what was going on,” Stevens said.

Eventually, she learned there was a fraud alert placed on her case. She completed the necessary paperwork to prove her identification and on March 22 she received a letter from the Arizona Department of Economic Services (DES) stating she once again qualified for benefits.

It appeared her problem had been resolved. According to a DES spokesperson, once someone is declared eligible, they should receive the money owed to them “the very next day.”

RELATED: Confusion over extension of unemployment benefits in Arizona continues

But the money never arrived in Stevens’ bank account.

“And since then, no one has been able to answer as to why they will not release the funds to me,” Stevens said. “And this has been going on for 16 weeks now.”

During that time, Stevens’ car was re-possessed, her credit cards became overdue and she has fallen behind several months on her mortgage payments. Stevens called DES more than two dozen times and carefully documented each phone call and what employees told her.

The most unsettling response she’s received for why she hasn’t received her money? DES is waiting for her to “give up.”

“Three separate employees, I do have their operator numbers, they basically told me that the unemployment office is hoping, or banking that I will give up and that they won’t have to pay me out,” Stevens said.

In response to that allegation, a spokesperson for DES issued a written statement to 12 News that says in part, “Our staff is working with tremendous urgency to process and adjudicate all claims. We continue to prioritize each one depending on the complexity of the issues.”

DES continues to provide coaching as well as monitoring of calls for quality assurance, the spokesperson told 12 News.

RELATED: Reports of unemployment fraud cases skyrocketed during the pandemic, but where do they stand now?

A new reason for not getting money

12 News sent DES information about Stevens’ case on Monday and asked what could be done to resolve her particular claim.

Tuesday morning, a representative of DES emailed Stevens and told her she was no longer eligible to receive unemployment insurance because there was a pending unemployment case linked to her in California.

Stevens lived in California until the fall of 2019 and received three months’ worth of unemployment payments that ended in September of 2019, Stevens said.

Since she moved to Arizona, she has made no effort to communicate with the State of California, has not received payments from California, and her California account status has been dormant, Stevens said.

“Something is going on here and it’s just not right,” Stevens said, regarding DES.

On Tuesday, 12 News asked DES follow-up questions about Stevens’ predicament and the new notification she received that claims she’s no longer eligible for payment.

Why did she receive notice she was eligible in March and why didn’t payments restart then?

If there was a concern about her potentially getting unemployment money from the State of California, why didn’t DES notify her of this months ago?

Those are two questions Stevens wants to be answered.

A spokesperson told 12 News Thursday the agency does not comment on specific cases.

“While we cannot comment on specific cases, DES is committed to ensuring eligible unemployment claimants receive their benefits. These are complex programs with varying requirements,” said Deputy Press Secretary Brett Bezio in an email to 12 News.

Bezio said DES “appreciates claimants’ patience as we do our diligence to determine their eligibility.”

Stevens feels she has no more room for patience. She said her bank notified her she may lose her home next month.

More than 2 million Arizonans are receiving some form of jobless benefits, according to DES statistics.

DES Director will not answer questions

12 News has also requested to interview DES Director Michael Wisehart about ongoing problems many Arizonans face as they navigate the system and while their cases remain in “adjudication.”

12 News would also like to ask Wisehart about Stevens’ allegation that DES is simply waiting for some people to give up trying.

Wisehart has declined 12 News requests for interviews and hasn’t answered questions publicly since July of 2020.