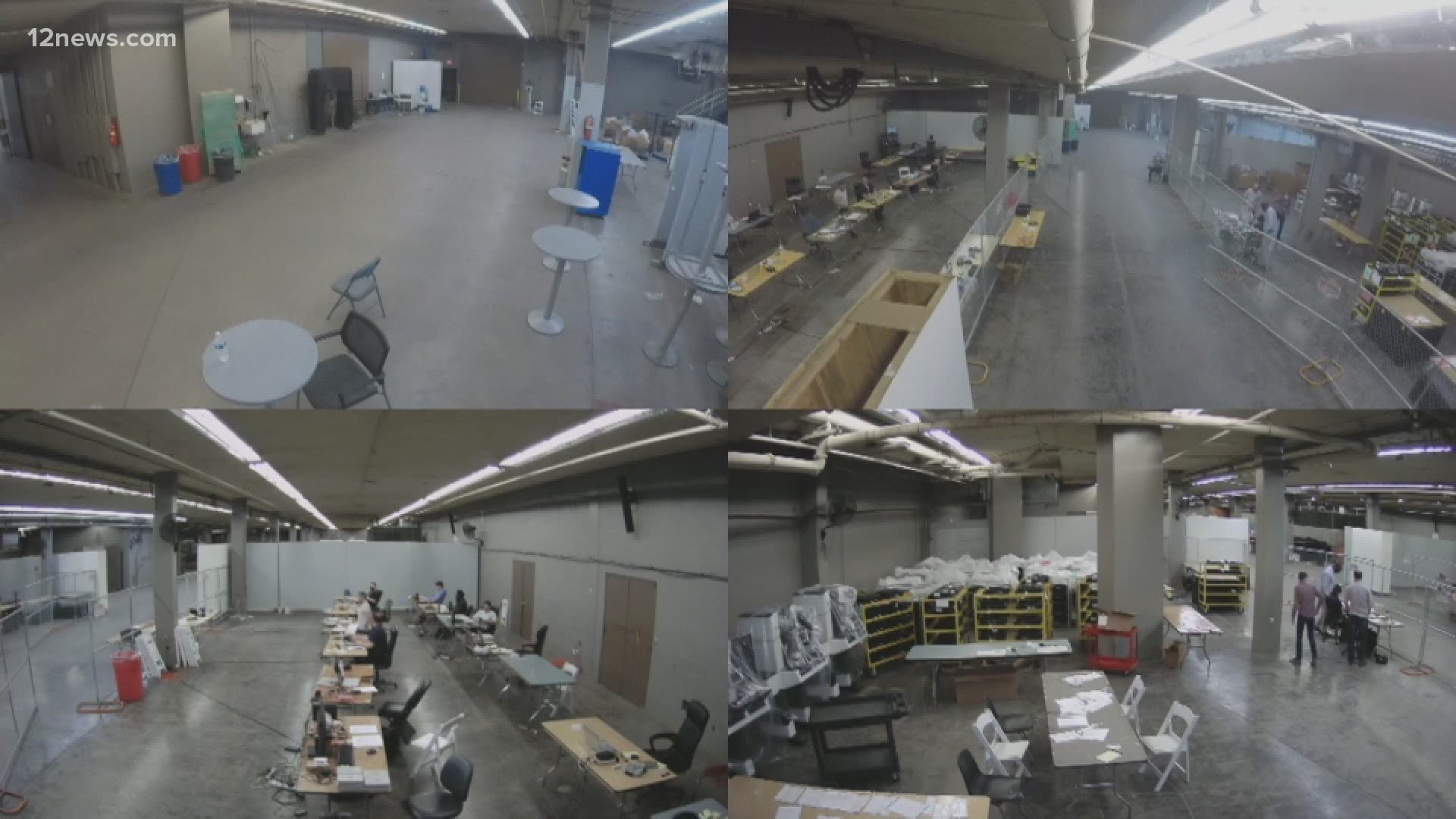 Lawyers for the Democratic Party and the defendants, audit leader Cyber Ninjas and the State Senate Republican leadership, had been scheduled to appear in court at 11 a.m. Monday.

That hearing has been moved to 11 a.m. Tuesday, with Martin expected to plan the next steps in the case.

Democratic Party attorneys contend the audit violates state election laws and regulations. Lawyers for the state Senate say those regulations don't apply to the Legislature or to this audit.

Coury had ordered Cyber Ninjas to file a response by this past Sunday that documents how its audit procedures follow state election laws and regulations.

The company's lawyers have asked that the filing be kept under seal and that any hearing related to the filing be closed to the public and the media. The judge will have to rule on that.

The audit is entering its third full day on Tuesday at Veterans Memorial Coliseum. The audit spokesman, Ken Bennett, has not provided any information on how well it's progressing.

Media are barred from entering the building.

Martin was appointed to the bench by Gov. Janet Napolitano in 2007. He has been a judge in the Superior Court since 2007 and has presided over cases in family, criminal, juvenile and civil courts.

Coury, a Republican appointee, said in a court filing that a lawyer for the firm representing Cyber Ninjas had worked as an extern in his office within the last five years.

This is just the latest twist in the case since the Arizona Democratic Party's filing of a lawsuit Thursday to stop the unprecedented election audit. The lawsuit's path could take more turns with the Arizona Supreme Court also involved.

The audit is a hand recount of all 2.1 million ballots cast in 2020, an examination of the ballot-counting machines and follow-up interviews with voters.

The audit grew out of Arizona Republican lawmakers' effort late last year to toss out President Joe Biden's victory in the state. The audit won't change the certified election results.

See all of the news surrounding the audit at our 12 News YouTube Playlist.