Carter reminded the congregation of his difficulties in dealing with Iran during his tenure as president. 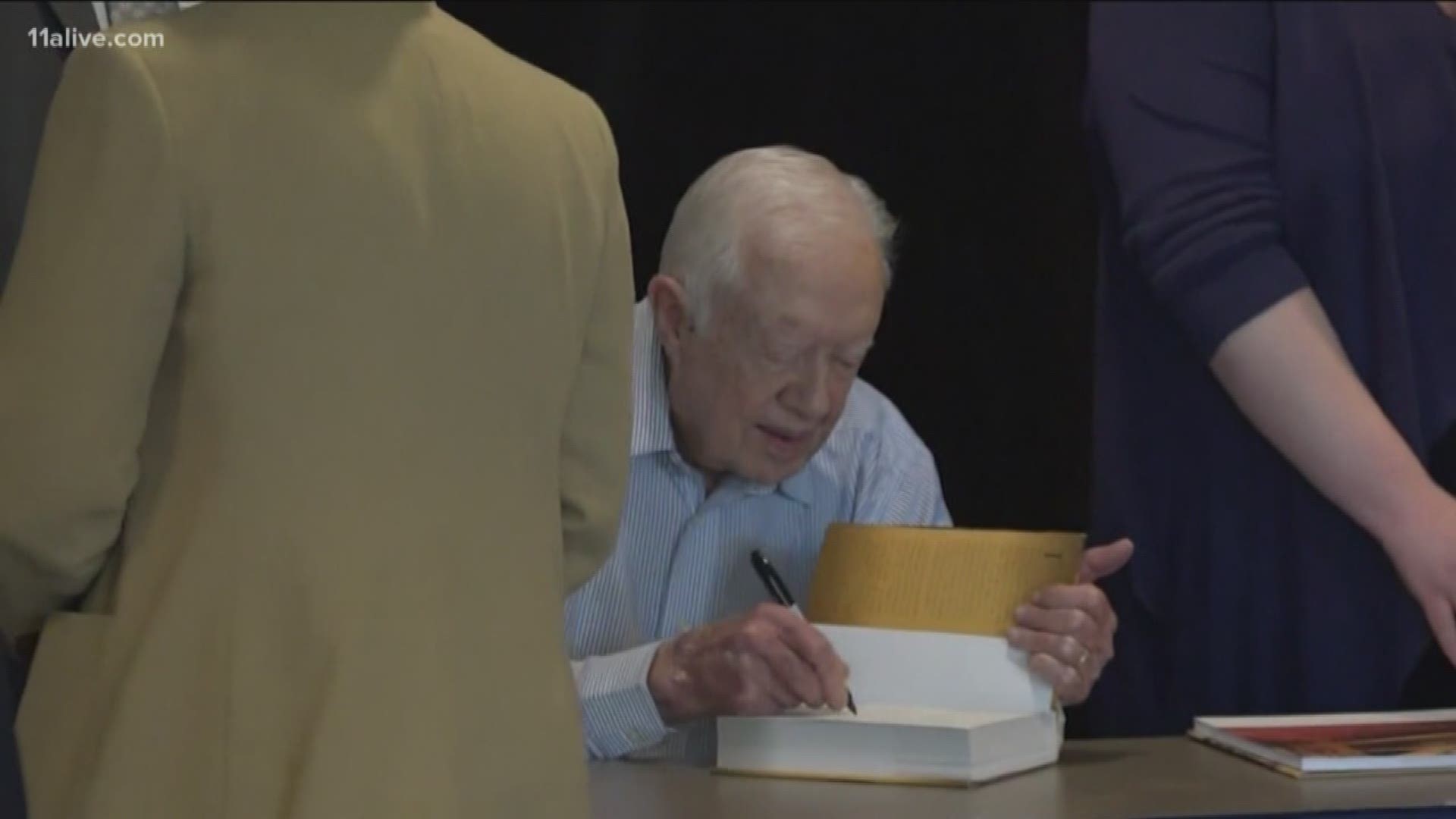 PLAINS, Ga. — As tensions between the U.S. and Iran escalate, former President Jimmy Carter is offering rare praise for President Trump for calling off plans to respond to the Middle Eastern country's reported downing of a US drone, according to reports.

NPR reports the 94-year-old president spoke on the crisis to the congregation of Maranatha Baptist Church in his hometown of Plains, Georgia during a Sunday school session.

"I agree with President Trump on his decision not to take military action against Iran," NPR quoted the president. "I had a lot of problems with Iran when I was in office."

Carter reminded the congregation of his difficulties in dealing with Iran during his tenure as president - a situation that ultimately led to the hostage crisis in 1979, in which Iranian students seized the US embassy in Tehran and held more than 50 Americans for 444 days in Carter's last year in office.

The former president's remarks come just days after President Trump called off military strikes against Iran - citing high civilian casualties - after the Iranians shot down U.S. surveillance drone. Iran alleges that the drone violated its airspace, which the US denies.

NPR reports Carter acknowledged how elusive peace has been for Iran and the United States, citing the US as one of the most "warlike countries on Earth." But, he said bringing about that peace would be essential to bringing the the kingdom of God to earth, as explained in scripture.

"If God's kingdom was on Earth, we would live totally at peace with each other. Maybe that's an individual choice too," NPR quoted. "Not just between nations not being at war, but with a friendly attitude, or a loving attitude to other people that are different than us."

RELATED: Jimmy Carter returns to Sunday School with a message of hope and a challenge

The comments, NPR said, struck a chord with many of those in attendance, who explained it's rare for those to shower praise on others in opposing political parties.

Material from the Associated Press was used in this report.