Mike Bloomberg was in Phoenix Tuesday to file to appear on Arizona's Democratic presidential preference ballot. 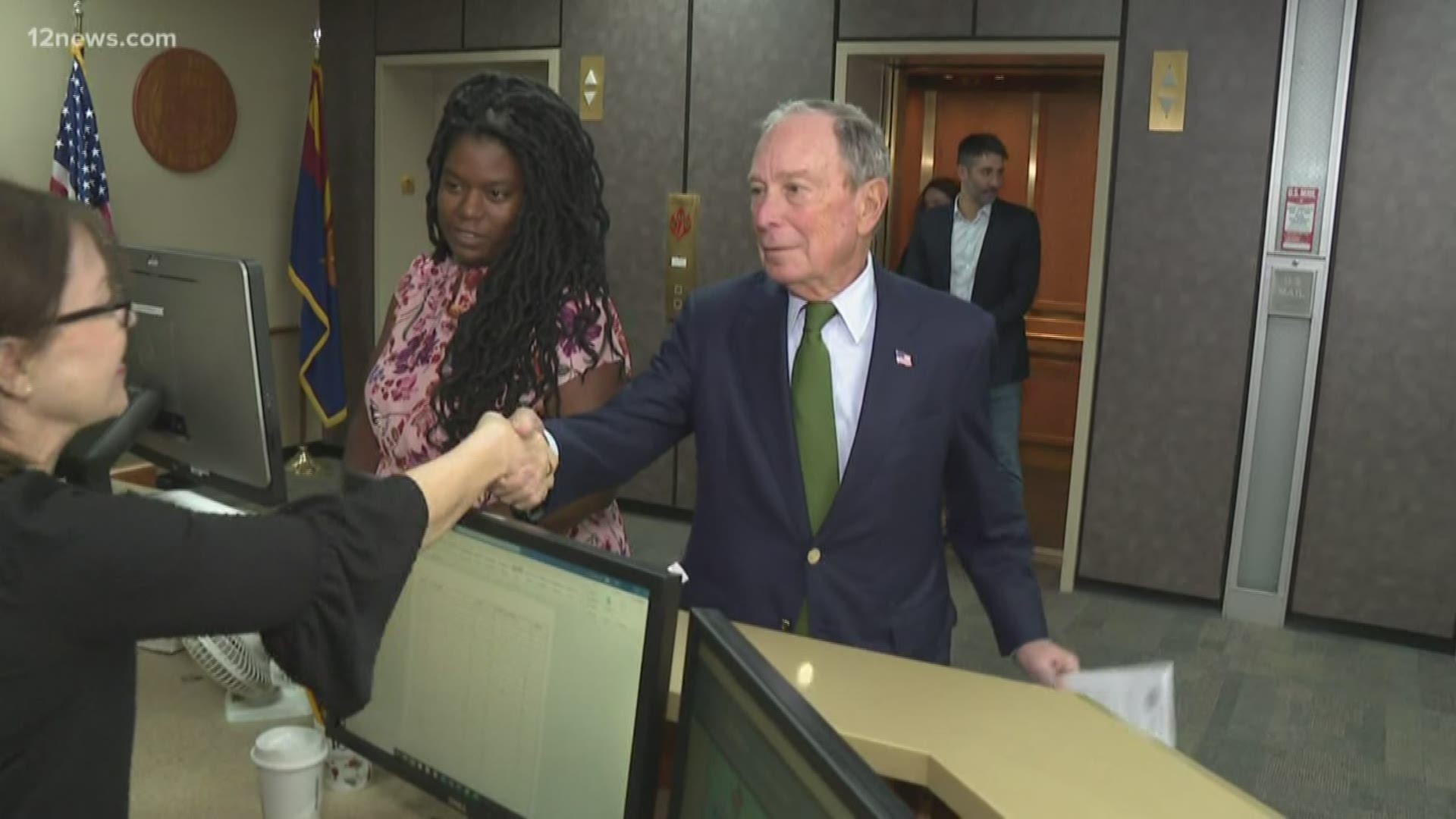 Bloomberg announced his entry into the presidential race Sunday.

Bloomberg filed at the Arizona Secretary of State's Office, then met with community leaders in Phoenix and took questions from the media.

• What will it take to legalize recreational pot in Arizona?