He is the brother of one of the key whistleblowers in the case, who first spoke of Jordan's alleged knowledge. 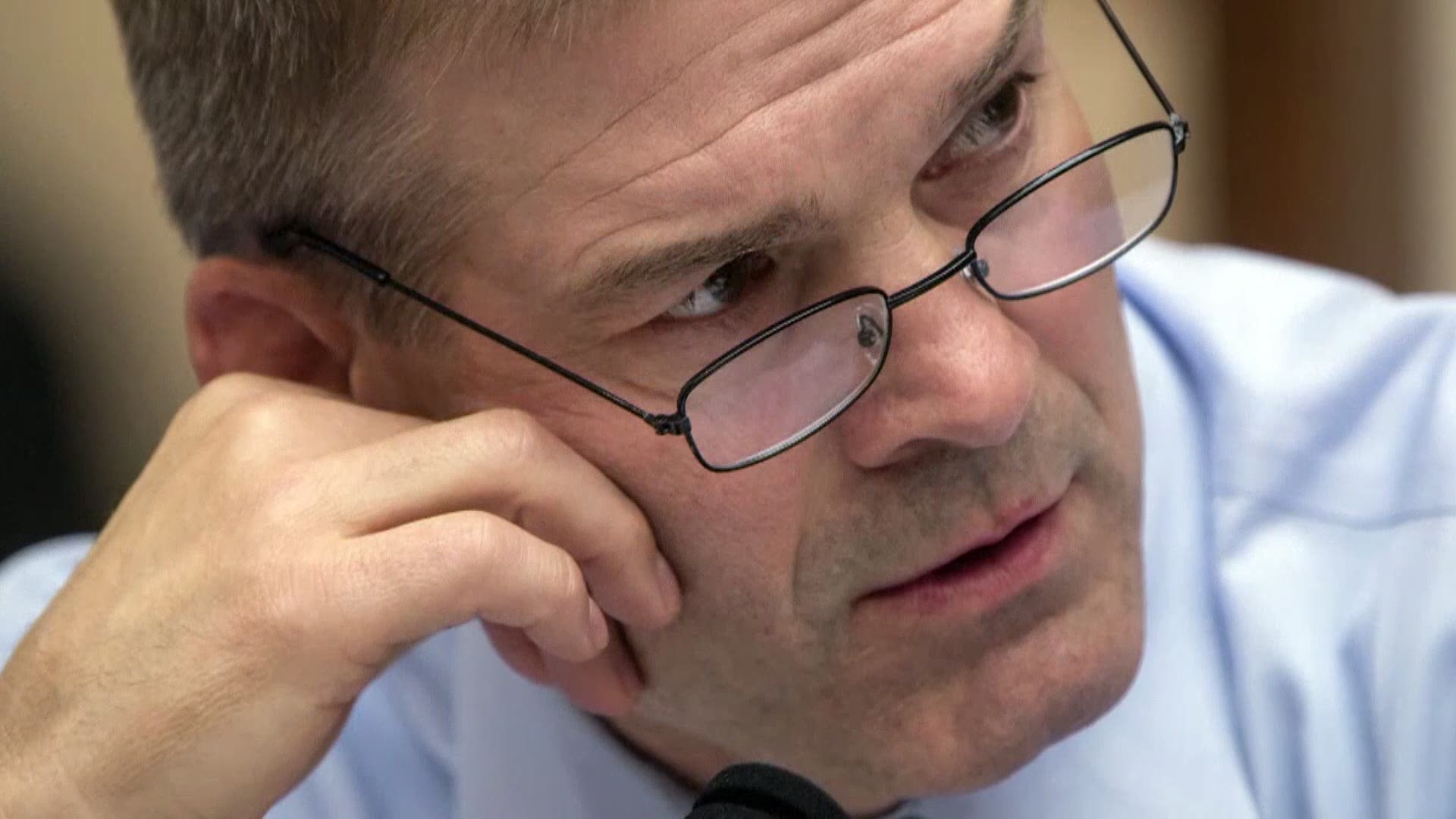 COLUMBUS, Ohio — Another former member of the Ohio State wrestling team is accusing current U.S. Rep. Jim Jordan of inaction during his time as an assistant coach, standing silent as a team doctor molested hundreds.

Adam DiSabato, who wrestled for the Buckeyes between 1988 and '93 and made the rank of team captain, testified Tuesday before the Ohio House Civil Justice Committee. DiSabato told state lawmakers he told both assistant Jordan and head coach Russ Hellickson of Dr. Richard Strauss' sexual abuse of members of the team, but the pair "did nothing."

"They told me they went to their superiors, [and] their superiors told them to be happy where we're at and keep our mouths shut," DiSabato said, while adding that one of those superiors was OSU football legend and two-time Heisman Trophy winner Archie Griffin. "We were told to shut up and not touch anybody that bugged with us, not just Strauss, but the other ones that congregated in the open atmosphere they kept us in."

DiSabato's brother, Mike, was also a member of the wrestling team and helped blow the whistle on the scandal. The university has since confirmed Strauss, who died by suicide in 2005, committed nearly 1,500 acts of fondling and more than 40 rapes between the late 1970s and 1990s. More than 300 accusers from multiple sports have since come forward, and it has been concluded school higher-ups and even officials from the state medical board knew of red flags against Strauss but failed to take proper action.

Mike DiSabato was also one of the first people to bring Jordan's alleged knowledge of Strauss' conduct to light. A native of Urbana, Ohio and champion wrestler at Wisconsin, Jordan served as an assistant at OSU from 1987-95 and received his master's and law degrees from the university. The Republican was elected to the U.S. Congress in 2006, and his district includes parts of Erie, Huron, and Lorain Counties.

Jordan has repeatedly denied any part in the scandal, but in his testimony Tuesday, Adam DiSabato claimed the congressman called him personally on July 4 to get him to rebuke his brother's claims.

"Jim Jordan called me crying, crying, groveling!...Begging me to go against my brother!" DiSabato told the assembled lawmakers. "Begging me! Crying for a half hour! That's the kind of cover-up that's going on there."

3News reached out to Jordan's congressional office for comment, and his communications director Ian Fury responded, "Congressman Jordan never saw or heard of any abuse, and if he had he would have dealt with it." DiSabato called Jordan a "coward" for his repeated denials.

"He's not a leader; he's a coward," DiSabato said. "I was a captain...I would never abandon my team. He abandoned us...If I ever see him, he better not come around me."

Besides his allegations against Jordan, DiSabato also testified that the university's cover-up is still being carried out. He claimed multiple emails from his inbox were deleted without explanation, stating, "We know what's going on."

"You people have the power to do something," he said. "Ohio State is too arrogant. They think it's going to go away."

DiSabato's testimony was part of the committee review of House Bill 249, a proposal that would allow victims of sexual abuse committed at a state-sponsored university the right to take action against such university. GOP State Rep. Brett Hudson Hillyer, of Uhrichsville, is sponsoring the legislation.

Multiple lawsuits have since been been filed in the scandal. OSU has promised "monetary restitution" for Strauss' victims.

OPINION: If Ohio State wrestlers who say Jim Jordan knew of sexual abuse are telling the truth, the Congressman needs to go