The Center’s president and CEO, Tom Lopach, says they are non-profit and non- partisan, focused on increasing the number of voters. 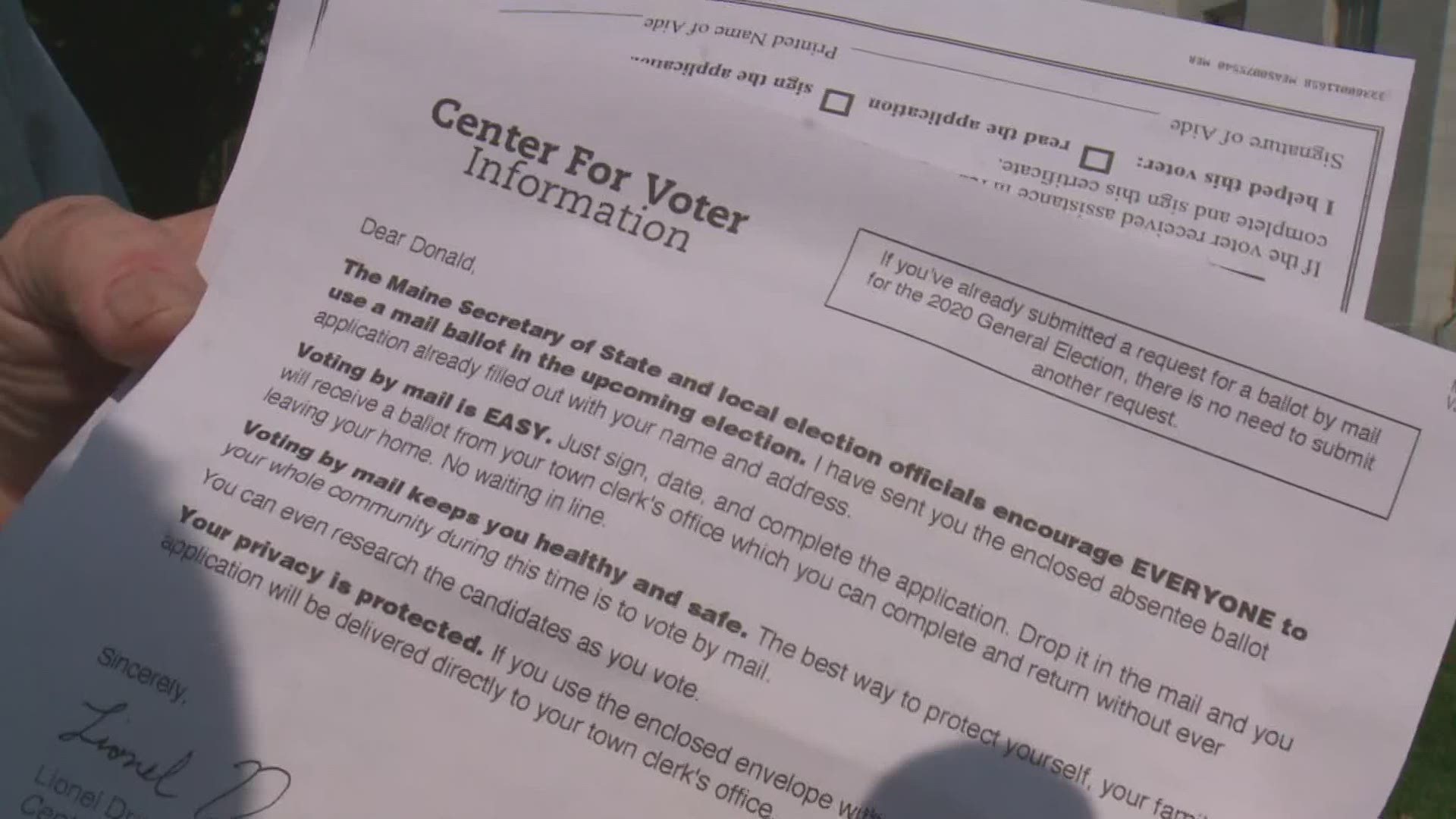 AUGUSTA, Maine — Maine and the country are likely to have an unprecedented number of absentee ballots for the November election, and while Maine towns and cities are already reporting nearly 200,000 requests for those ballots, an outside group is working to promote even wider use.

The Center for Voter Information in Washington, D.C., says it has already sent tens of millions of absentee or mail-in ballot applications around the country. A spokesman for the group says the Center has been doing this work for a number of years, but that 2020 represents a major expansion of its efforts to get people registered to vote and promote wider use of mail-in or absentee ballots, because of the COVID pandemic.

In Maine, they’ve sent out more than 250,000 absentee ballot applications to registered voters, using names and addresses from voter lists. The application forms come with the voter’s name already on it and a pre-addressed, postage-paid envelope to send to the local town or city clerk.

The Center’s president and CEO, Tom Lopach, says they are non-profit and non- partisan, focused on increasing the number of voters.

“In this moment,” said Lopach, “There are folks who fall into two camps, those who want to help people vote and those who try to prevent people from voting. The Center is clearly in the camp of helping people register and turn out to vote."

Maine Secretary of State Matt Dunlap says the group is trying to do good but says those mailings have caused a lot of confusion and some anger among voters because lists and names can be out of date, including letters going to some people who have died.

“They’re a legitimate organization. We don’t know where they get their list from and this has caused a lot of confusion and been a headache for us. People are getting these at home for family members who may be deceased or haven’t lived there for a long time,” Dunlap said.

The spokesman for the Center called the comments “way off," and says it uses the same voter list the state uses.

Dunlap also said there are other ways for Mainers to get absentee ballot applications, including simply requesting one from their local municipal office.

But the Center’s mailings are apparently working. The group says it uses bar codes on the envelopes to track response, and that of those 252,000 absentee applications sent to Maine addresses so far, some 28,000 have actually been sent on to the local clerks. They do not track or investigate how people vote.

And more letters are on the way. The Center says it is sending another huge mailing of voter registration packets this month with more than 400,000 going to people in Maine.

And while Maine has one of the highest voter turnout rates in the country, Lopach says it is still targeting the state to make sure the pandemic doesn’t prevent people from voting. Besides that, he says, ballots are going to states, like Maine, that have major political races, to maximize the number of people who actually vote.