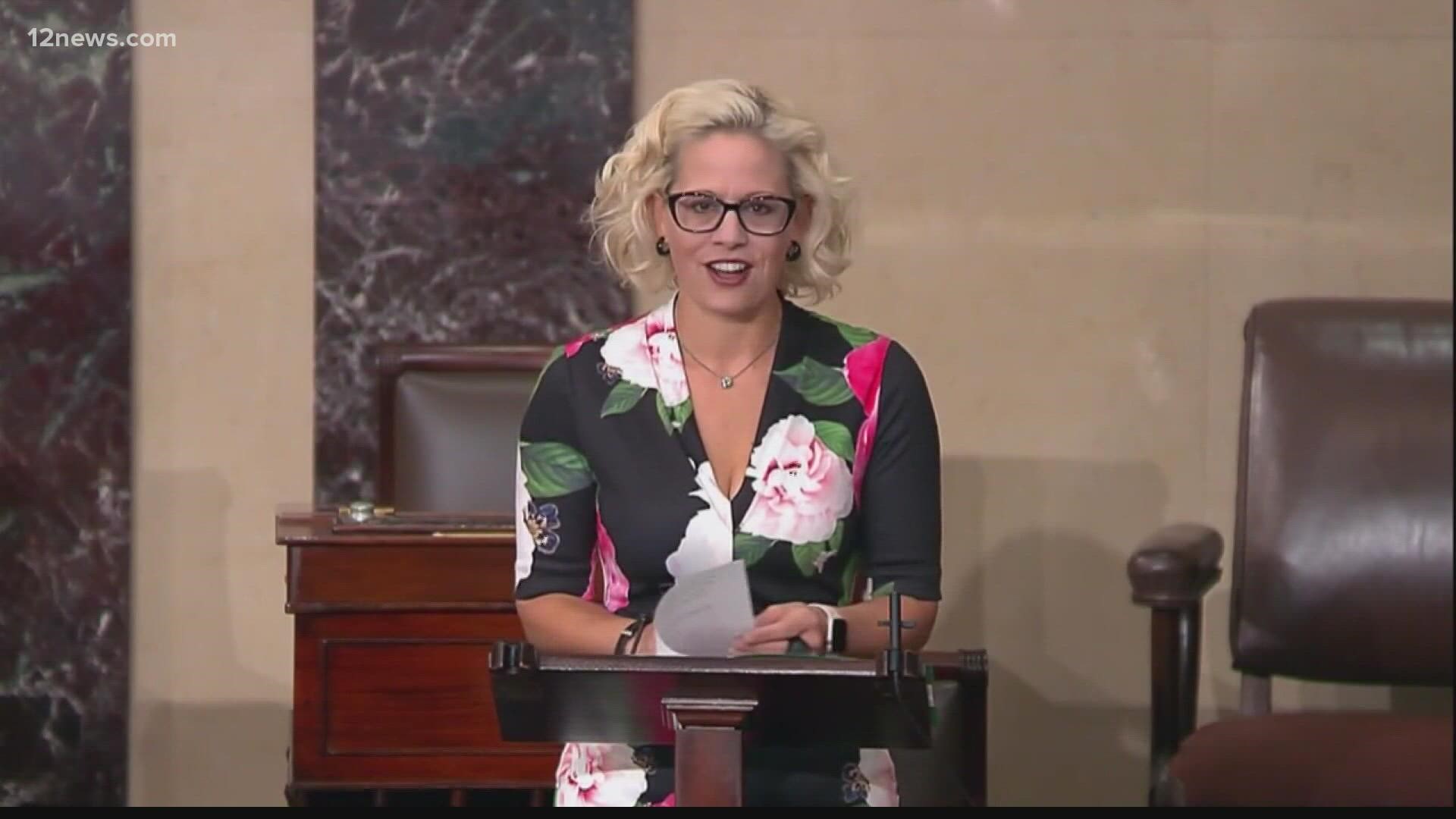 WASHINGTON, D.C., USA — Democratic Arizona Sen. Kyrsten Sinema is facing more defections from the broad base of support she built to win her seat in 2018 over her opposition to parts of President Joe Biden’s infrastructure plan and refusal to ditch the Senate filibuster.

Five members of Sinema's veterans advisory council resigned Thursday. The resignations come as progressive groups are ratcheting up their pressure on the first-term moderate.

In a letter to Sinema, the five council members expressed disappointment with how the senator has not supported abolishing the filibuster and leaving her campaign promises unfulfilled.

“These are not the actions of a maverick,” the five veterans wrote. “We should have realized this once you showed your true character when refusing to vote to establish a commission to investigate the January 6th riot at the U.S. Capitol.”

The veterans accused Sinema of answering to "big donors" rather than working for her constituents.

"We do not know who has your ear but it clearly isn’t us or your constituents," the letter stated.

Sinema and West Virginia Sen. Joe Manchin are seen as holding back progress as Biden sharply scales back his once-$3.5 trillion plan to win their support.

RELATED: Biden says tactics in Sen. Sinema ASU incident aren't 'appropriate,' but 'it happens to everybody'