Retired Maj. Gen. Mick McGuire was a regular presence next to the governor during pandemic briefings. 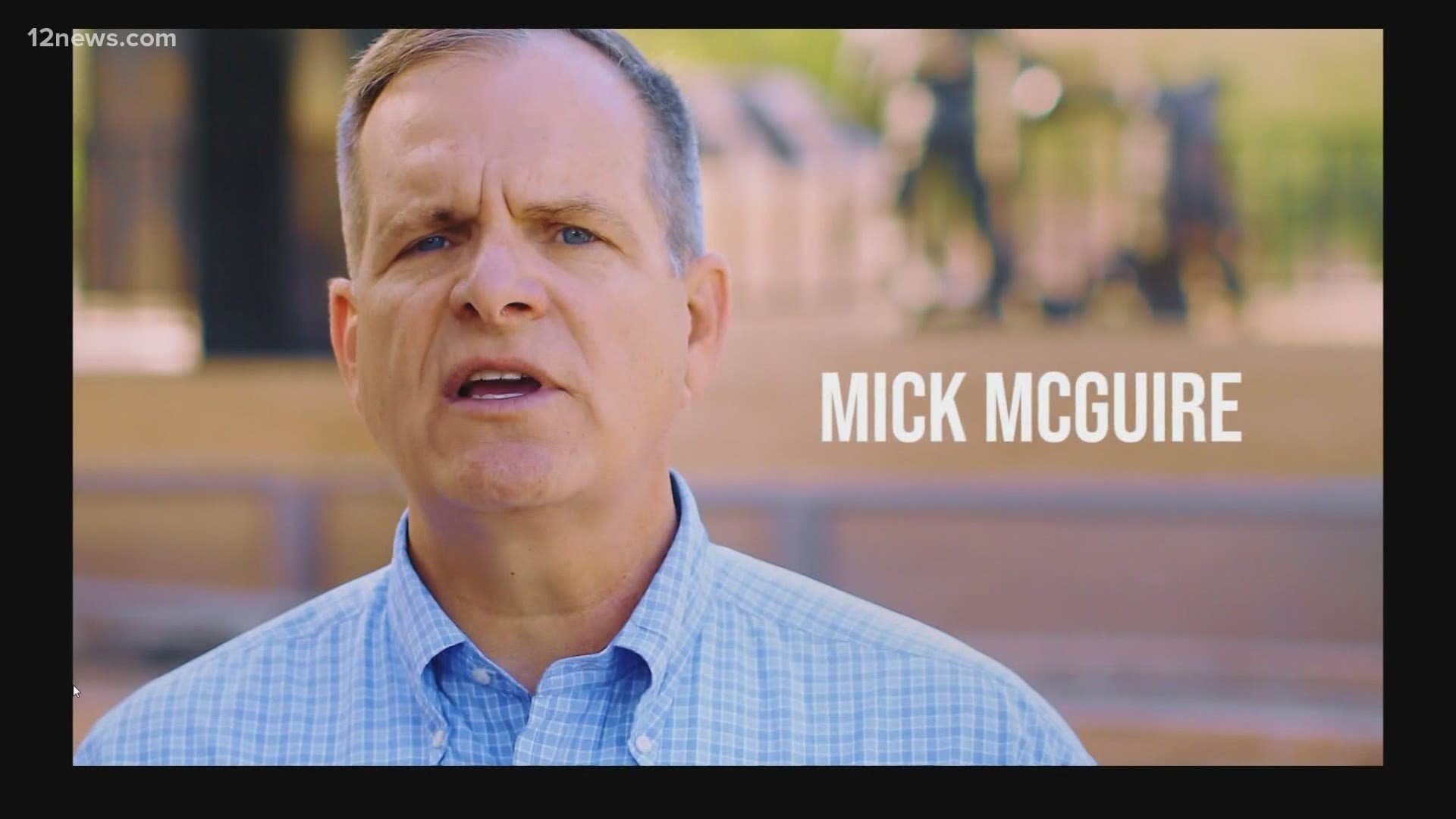 PHOENIX — The former leader of the Arizona National Guard announced Tuesday he’s running for the Republican nomination for the U.S. Senate after a high-profile role helping to manage Arizona’s response to the COVID-19 pandemic.

Retired Maj. Gen. Michael “Mick” McGuire had telegraphed his intentions with a federal campaign filing last week, as well as in comments when he left military service last April:

"I think that leadership is probably one of the things that's missing the most in society," McGuire said.

RELATED: Who's who in Arizona's 2022 governor race

In a campaign video, McGuire describes himself as a “constitutional conservative.”

“I am tired of weak leaders who have pitted American against American,” he said. "Politicians who sit on the sidelines and fail to act when they know something must be done.”

On the border, McGuire says, “No security, no country.”

He is pro-life, and he declares: "I will protect our First and Second Amendment rights.”

In the last moments of his campaign video, McGuire says, “This is still the United States. The greatest country in the world. We need to stop apologizing and act like it."

McGuire was a regular presence by Ducey’s side on televised briefings during the pandemic,

The Guard hauled groceries to Valley supermarket shelves early in the pandemic, then transitioned to medical support in areas like the Navajo Nation that were hit hard during the pandemic.

The Arizona Senate seat is viewed as vital to the party that wants to hold power in the chamber.

For the first time in 68 years, Democrats hold both Arizona seats.

The Senate primary is still 14 months away but the fund-raising challenge for candidates is urgent.

In each of the last two cycles, spending on the Arizona U.S. Senate race has smashed records

In Kelly, Republicans will be taking on a prolific fund-raiser. The former astronaut had raised $100 million by the start of his first term in 2021, according to campaign finance reports.

Get the latest Arizona political news on our 12 News YouTube playlist here.