Asked repeatedly by reporters whether the president acted appropriately, McSally said she wants to wait until all the facts are gathered. 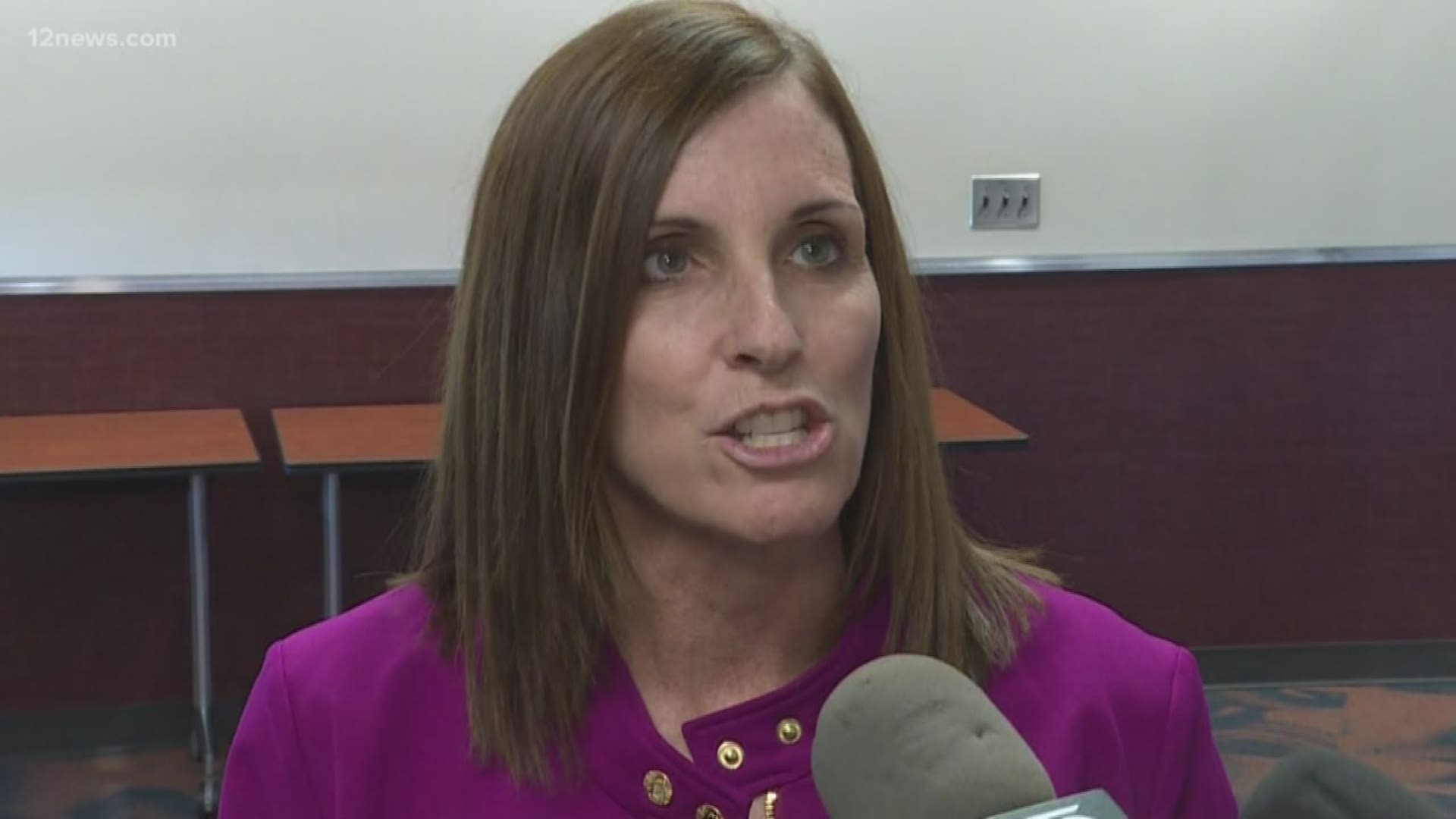 Asked repeatedly by reporters whether the president acted appropriately, McSally said she wants to wait until all the facts are gathered.

But she also said she doesn't trust the House to be objective in its ongoing impeachment inquiry.

"If we're talking about an impeachment process of the president of the United States, I think Arizonans want people to take it seriously and not have pure partisan motives," McSally said.

She said incorrectly that the Senate voted unanimously to have the Senate Intelligence Committee investigate. Senators approved only a nonbinding resolution supporting the release of a whistleblower's complaint.

RELATED: Former US envoy to Ukraine to speak to investigators in impeachment inquiry

McSally's message has evolved since House Democrats launched the inquiry. She initially told Politico that Democrats were on a "kamikaze mission" that would benefit Republicans and issued a statement calling the inquiry a "waste of time."

Now, her reluctance to weigh in on Trump's behavior reflects the difficult reality for Republicans who have struggled with how best to deal with a widening scandal in Washington. Trump remains popular with Republicans, even as his norm-breaking alarms Democrats.

Last week, McSally stood next to Vice President Mike Pence when he said during a stop in Arizona that Trump acted appropriately in his call with the president of Ukraine.

Trump urged the Ukrainians to work with U.S. Attorney General William Barr and Trump's private lawyer, Rudy Giuliani, to announce an investigation of former Vice President Joe Biden and his son, Hunter. There is no evidence of wrongdoing by the former vice president or his son, who served on the board of a Ukrainian gas company.

RELATED: Former US special envoy to Ukraine says he is leaving position at McCain Institute

McSally was appointed to the late Sen. John McCain's Senate seat and is facing a tough battle to hold onto it in next year's election against former astronaut Mark Kelly, the likely Democratic nominee.

Kelly reported on Monday he outraised McSally $5.5 million to $3 million in the latest fundraising quarter. He has called the Ukrainian matter "serious" and worthy of investigation.

"I don't think it's appropriate to be having a conversation with a foreign leader about your political opponent," Kelly said on ABC's "The View" on Sept. 25, his most recent public comments related to impeachment.

Meanwhile, in a rare break with the president, McSally stood firmly against Trump's move to pull troops from northern Syria.

She said she's worried not only for Kurds who helped the U.S. and others defeat the so-called Islamic State, but also about the possible release of foreign fighters who sided with ISIS.

"This is not the message to send to those who are willing to partner with us to fight against terrorism around the globe," she said.

RELATED: Will Supreme Court have to weigh in on impeachment as new term begins?