Where and when to watch McCain's national memorial service on Saturday

Arizonans can watch coverage of the memorial service taking place at the Washington National Cathedral on 12 News. 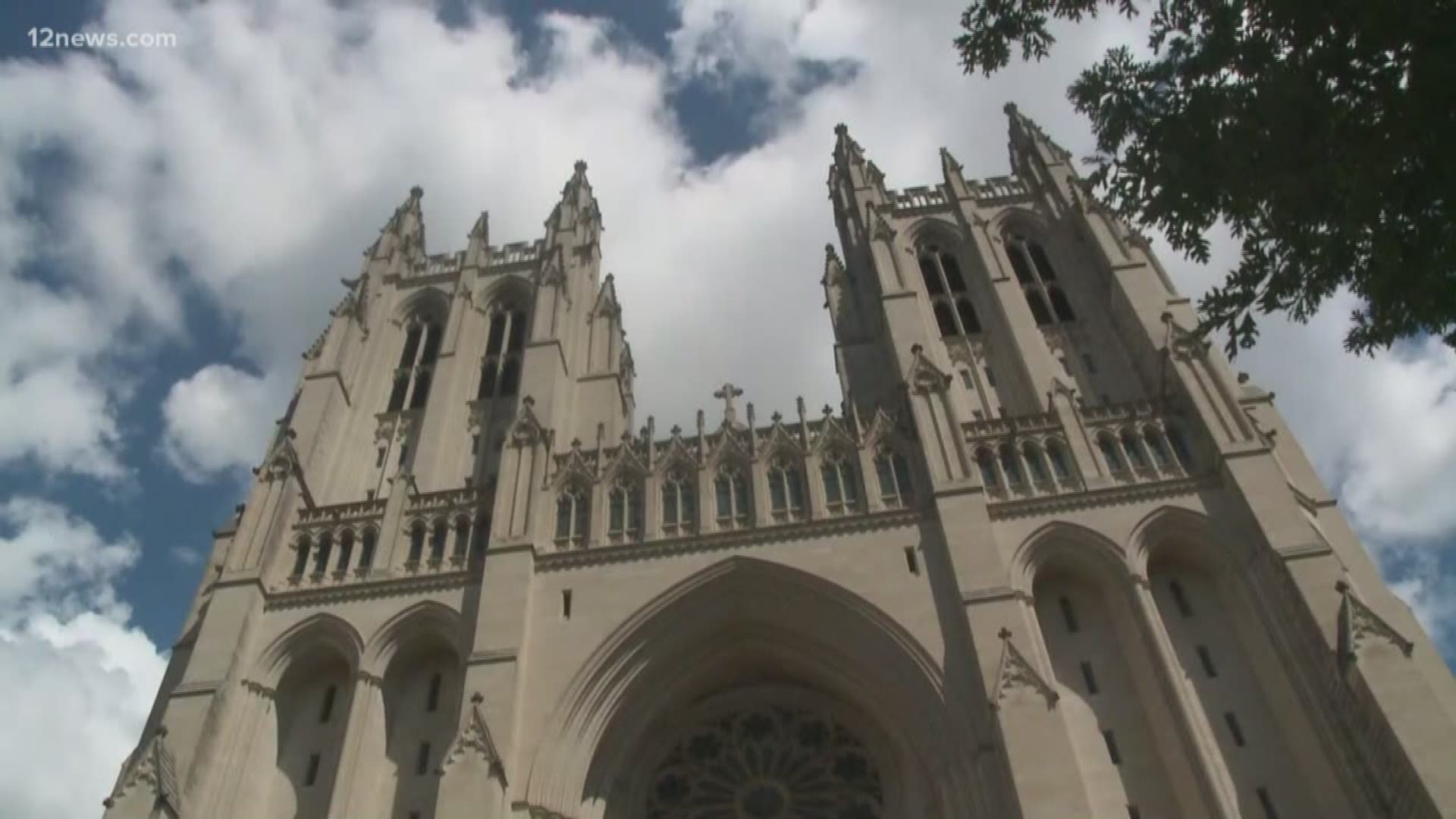 Senator John McCain is getting his final public send-off in Washington D.C. Saturday before he is buried at the U.S. Naval Academy in Annapolis.

Those in Arizona can watch NBC's coverage of the service taking place at the Washington National Cathedral on 12 News.

At 6 a.m. Arizona time, the procession will leave the Capitol and escort McCain's body along Pennsylvania Avenue. The McCain family will stop at the Vietnam War Memorial, where Cindy McCain will lay a wreath.

The service at the Washington National Cathedral starts at 7 a.m. MST.

The first tribute will be done by Sen. McCain's daughter, Meghan. His son, Jimmy, will read a poem. Other speakers include former Sen. Joe Liberman, Dr. Henry Kissinger, as well as president George W. Bush and Barack Obama.

Songs include the “Battle Hymn of the Republic,” “How Great Though Art,” “America the Beautiful,” and “Danny Boy,” sung by Renee Fleming.

The next day, McCain will be buried at the U.S. Naval Academy after a family service. The service and burial are closed to the public and press.