Biden, a Democrat who was among the fast friends the Republican senator made across the aisle, said he thought of McCain as a brother. 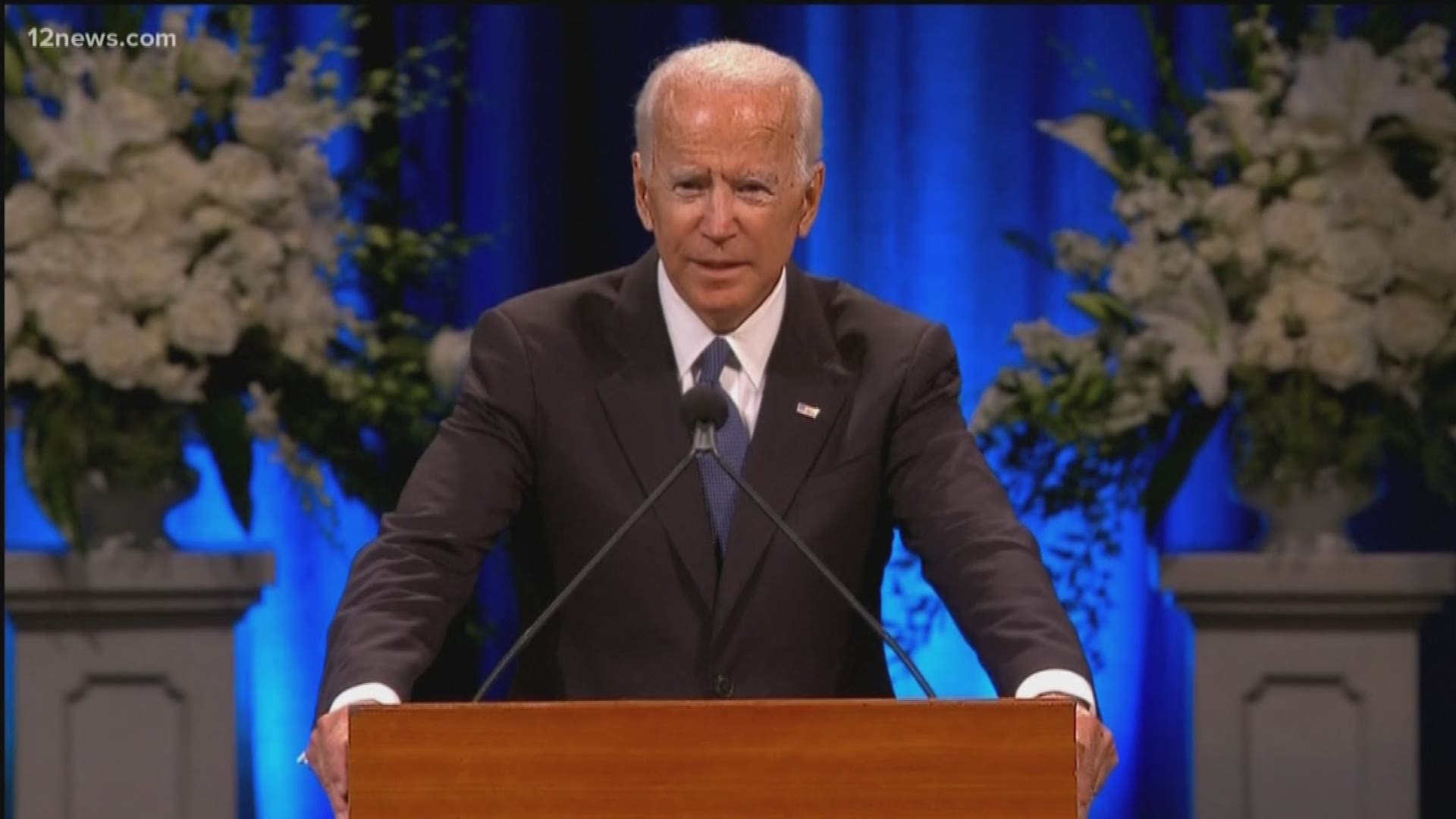 Former Vice President Joe Biden remembered Sen. John McCain Thursday as a "brother" who believed in the "soul of America," as 3,500 mourners crowded into an Arizona church to pay their final respects to the maverick politician.

Biden recalled "the sheer joy that crossed his face when he knew he was about to take the stage of the senate floor and start a fight."

Biden, a Democrat who was among the fast friends the Republican senator made across the aisle, said he thought of McCain as a brother, "with a lot of family fights."

Dabbing his eyes early in his speech, Biden said the two men got to know each other while making overseas trips together. They'd talk about family, politics and international relations. They were both "cock-eyed optimists," Biden said, and he would trust John with his life.

Both Biden and McCain knew how painful life could be. Biden said the same aggressive brain cancer that claimed McCain also claimed their friend Ted Kennedy and Biden's son Beau.

He told McCain's family he understood that there was nothing anyone could do to ease their pain.

He said, "I pray you take some comfort knowing that because you shared John with all of us your whole life, the world now shares with you the ache of John's death."

The service unfolded at North Baptist Church after a motorcade bearing McCain's body made its way from the state Capitol past Arizonans waving American flags and campaign-style signs for the lawmaker.

Family members then watched in silence as uniformed military members removed the flag-draped casket from a black hearse and carried it into the church.

Halfway through his speech, Biden spoke forcefully as he said politics weren't the most important to McCain, it was the underlying values that mattered. McCain "could not stand the abuse of power wherever he saw it, in whatever form, in whatever country," Biden said.

Biden referenced how McCain fought for civility between politicians even if they disagree. He believes McCain's death hit people so hard because they knew he believed so deeply and so forcefully in the soul of America.

He believes McCain's legacy will continue to inspire and challenge people in the future.