'He was the force, the glue that held us together': Cindy McCain reflects on Sen. John McCain's legacy

A year after the death of Arizona Sen. John McCain, Cindy McCain is calling upon Americans to continue his legacy by performing acts of civility. 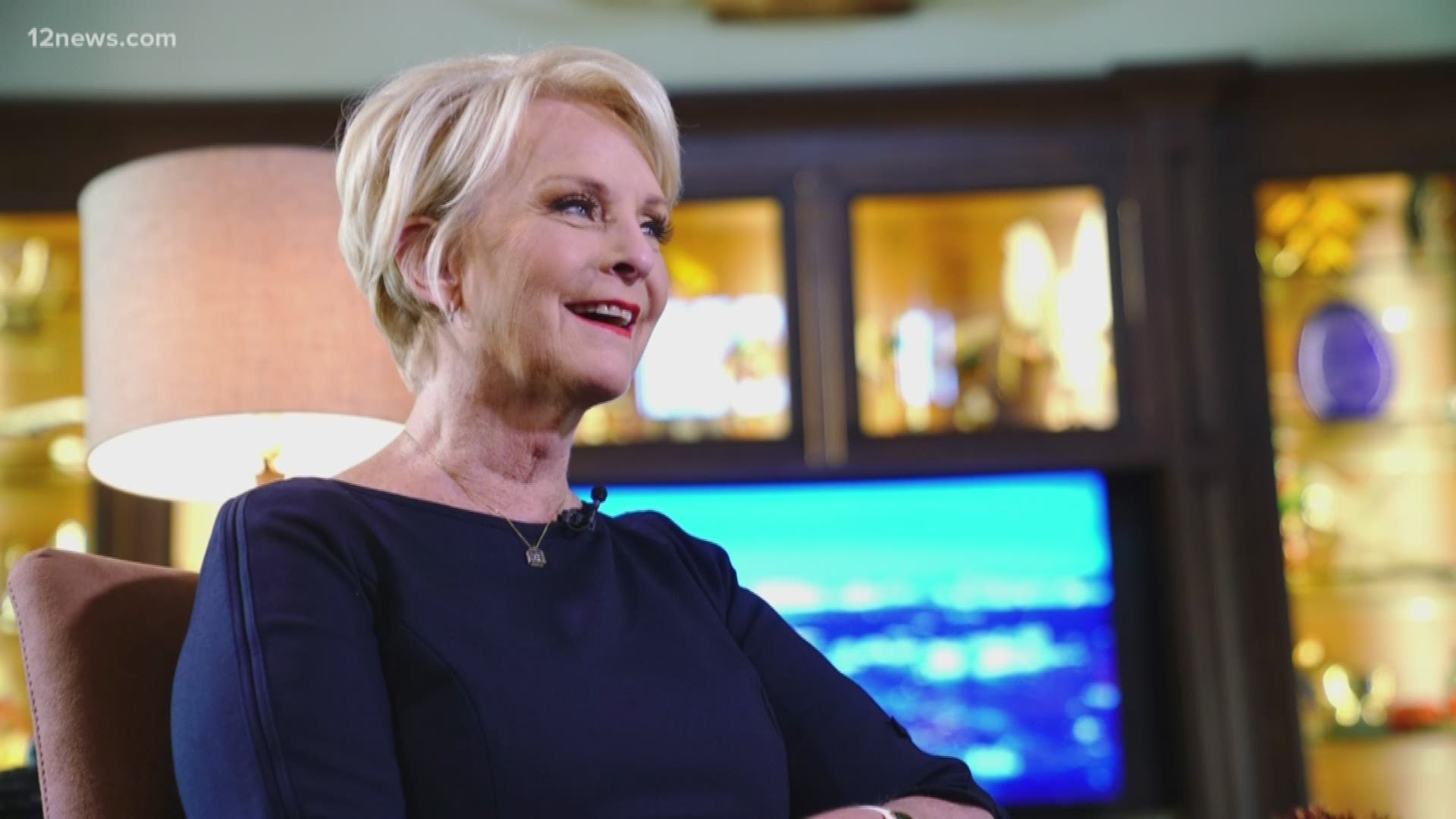 PHOENIX — A year after the death of Senator John McCain his wife, Cindy McCain, says she is done being sad.

Mrs. McCain says that in the year since her husband's death she has spent her time making sure her children are coping with the loss, and now she is ready to go back to the family's ranch in Cornville, AZ to host Thanksgiving and Christmas again.

Senator John Sidney McCain III died August 25, 2018, after a battle with brain cancer that lasted a little more than a year. Since then, the family has been learning to live with the loss of the magnanimous life-force that was John McCain.

"He was the force, the glue that held us together," Cindy says.

RELATED: A look back at the life and legacy of Sen. John McCain

Since her late husband's death, McCain's name and legacy seem to often come under attack, at times from the highest office in the country. Cindy says she's mainly focused on making sure that her children, daughters Meghan and Bridget and sons John "Jack" and James, are doing well and drowning out the negativity.

She says that despite the attacks, her children are handling the passing of their father much better a year later. McCain added that she is proud of her daughter, Meghan, for defending her father's name and legacy in the way that she has.

That negativity is exactly why the family is asking Americans across the country to perform acts of civility to honor the anniversary of the late Senator's death. McCain says that if you can sit down with one person who doesn't share your same beliefs or political ideology and really listen to them, that it will help broaden everyone's perspectives and could bring us together so that we can move forward as a united country.

"I'm encouraging everyone to take a step back, take a breath and behave ourselves and talk civilly," she said.

Looking ahead to the future, Cindy says she is focusing on her work as chairman of the McCain Institute and accepting awards from various parts of the world on behalf of the Senator.

Cindy's work at the institute includes combatting human trafficking, something that she says is not foreign and is happening in all parts of America. "I've worked very hard along with the institute on this issue and we've made great headway into offering the ability for communities to not only understand this issue but to control it and to some degree fight it. It's an epidemic. It's in every corner, it's right here in this neighborhood."

And since her husband's passing, she has moved to a new home in Central Phoenix. She says the area is a comfortable, "safe space" for her and that John was happy to hear that she would relocate to the area after his death.

In the meantime, the family is gathering this weekend not to mourn, but to celebrate the late Senator's life and his upcoming birthday. Cindy says they have a special playlist that includes some of his favorite songs and songs that remind the family of John, and it will be playing throughout the celebrations as a way to keep him close. Mrs. McCain says she knows John is always watching over the family.

"His presence is everywhere for me. And it makes me miss him a little bit too, but I hope he's watching over me. I have a feeling he is. He's still in charge."

1 / 5
KPNX
Caribe Devine recently visited with Cindy McCain to talk about her life following the death of her husband, John McCain.