Arizona Attorney General Mark Brnovich announced that the county must forfeit its state-shared funds if it does not comply with the state Senate's election subpoena. 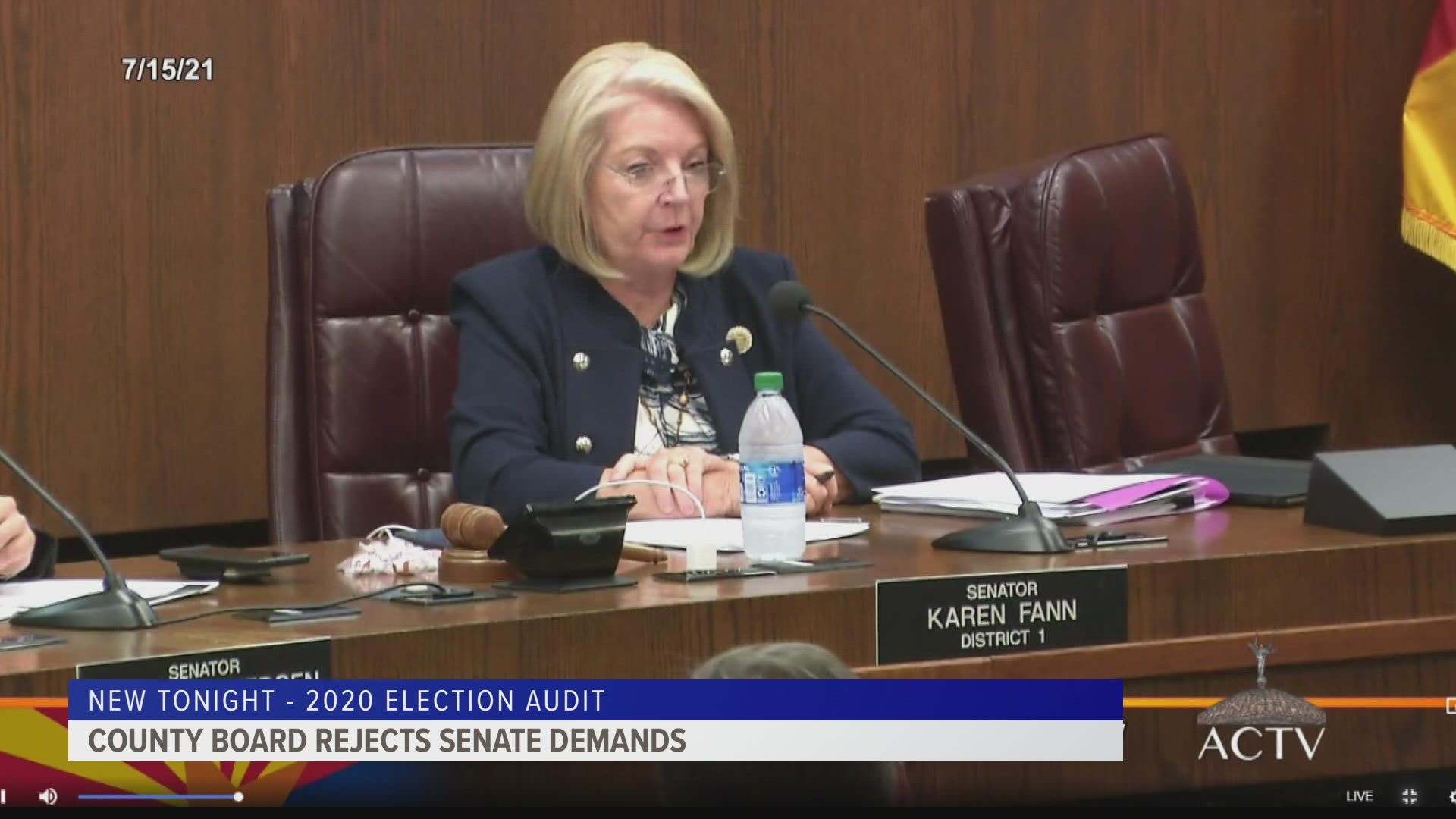 MARICOPA COUNTY, Ariz. — Editor's note: The above video aired during a previous broadcast.

Maricopa County is at risk of losing the money it gets from the state government if it does not comply with the Arizona Senate GOP's subpoena for relating to its 2020 election recount, state Attorney General Mark Brnovich announced Thursday.

Brnovich said that he will notify the state treasurer's office to withhold the funds from the county if it does not provide the Senate with all subpoenaed items in the next 30 days.

"In [the county's] response to the AGO, MCBOS failed to explain why it is not required to comply with the legislative subpoena," Brnovich said in his announcement.

"Its only response was that the Arizona Senate is not currently in session, so MCBOS could not be held in contempt."

The county has previously refused to comply with the Senate, saying that if the legislative body hasn't figured out if the election was free and fair, it never will.

RELATED: 'The Board has real work to do': Maricopa County rejects Senate GOP demand for more election materials

"The Board has real work to do and little time to entertain this adventure in never-never land. Please finish whatever it is that you are doing and release whatever it is you are going to release," Jack Sellers, chairman of the county's Republican-controlled board, said.

Our office just notified the Maricopa County Board of Supervisors that it is in violation of state law for failing to comply with AZ Senate’s subpoena. The County has 30 days to change course or lose state-shared funds. The rule of law must be followed.https://t.co/IpJwWZmLxX

Get more information on the partisan audit on our 12 News YouTube playlist here.