Arizona Audit: 'Voting system data' was sent to a 'lab' in Montana and we don't know why

An affiliate company of a subcontractor of the Maricopa County audit is reviewing county "voting system data" in a "lab" in Montana, prompting questions on security. 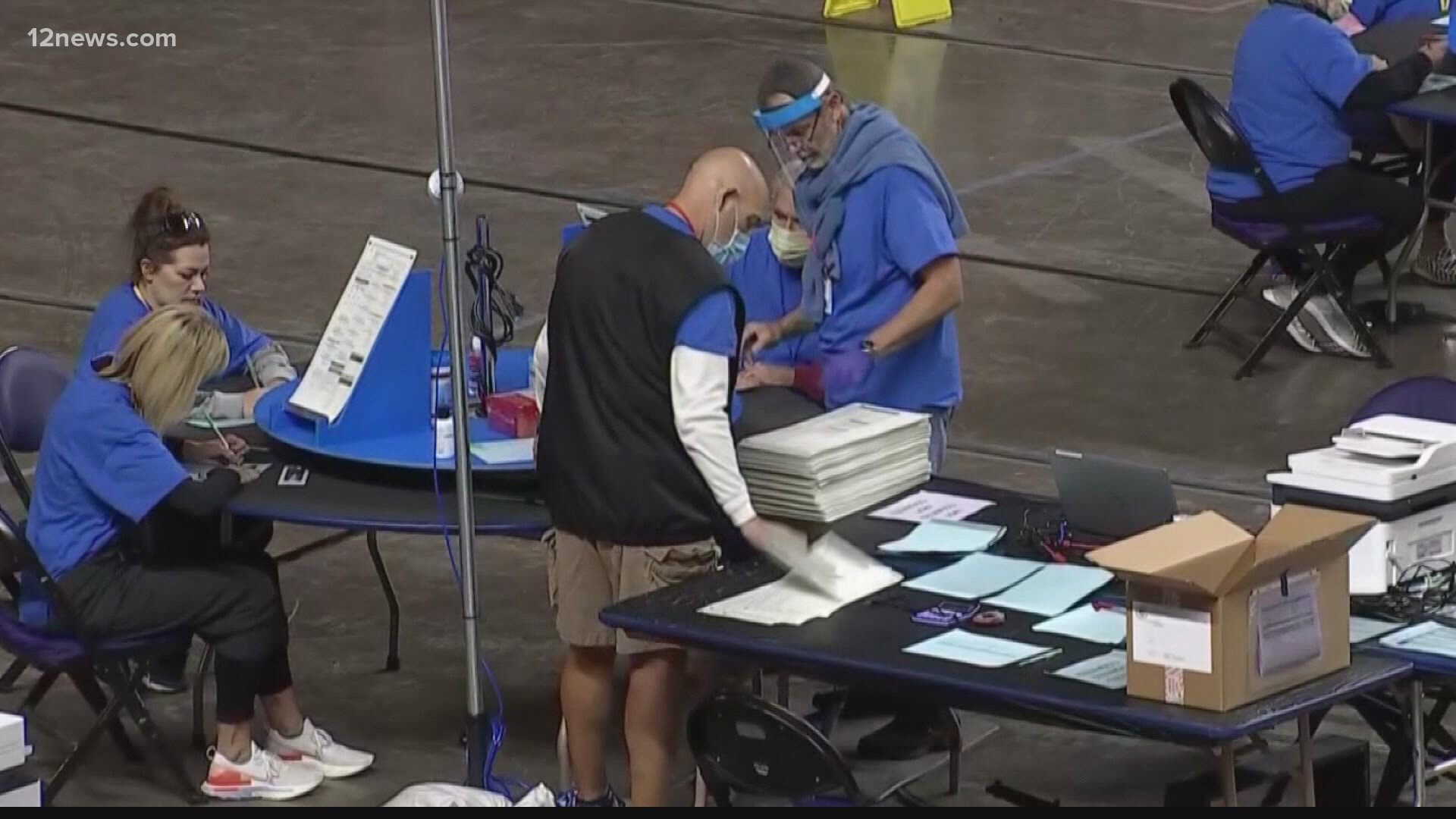 PHOENIX — Another strange twist in the 2020 Maricopa County Election audit has brought us to a remote location in Montana, for reasons that aren't abundantly clear at this point.

What we know: A copy of the election data from Maricopa County's servers and hard drives was sent by controversial contractor CyberNinjas to the Montana home of a technology company president who accused the county of deleting a voter database.

According to a note on the Arizona Secretary of State website, an observer for Katie Hobbs' office noted that the state Senate audit liaison, Ken Bennett, confirmed on May 24 that copies of voting system data were sent to a lab in Montana.

“Something new comes up every single day," Hobbs said Thursday night. "This is one more thing.”

The observer noted that Bennett did not specify what security measures were in place, what the lab in Montana is doing with the data or how long it will have the copies of voting system data.

Thursday, Bennett confirmed to 12 News the data was shipped to Montana.

The data is, according to Bennett, a copy of the data created by Dominion Voting Services from hard drives and servers that Maricopa County delivered to the state Senate in response to a subpoena. The data was then handed over to CyberNinjas, the controversial firm that is "auditing" the election records.

"The original evidence was left completely intact," Bennett told 12 News. "A copy was taken to do whatever evaluation they are doing for Cyber Ninjas."

It was shipped to a company called Cyber Technology Services.

CyFIR is a digital security company working as a subcontractor for Cyber Ninjas, the Florida-based cybersecurity company that the Arizona Senate Republicans chose to run the audit.

CyFIR CEO Ben Cotton is also listed as the CEO of CyTech, first pointed out by Fifield. CyTech is based in Montana, according to its website.

Cotton is an election auditor who made and then later recanted a claim that Maricopa County officials might have deleted election files from their computers before handing them over as part of a legislative subpoena.

NBC Montana reporter Maritsa Georgiou told 12 News on Thursday that the address to CyTech, listed on their website, shows up as a remote cabin in a part of Montana that doesn't have cell service.

From Montana taxes, 12 News found that the incorporated address listed for CyTech is Cotton's home in Montana; however, the registered office for CyTech is in Manassas, Virginia.

Where exactly this lab is located is not known.

Georgiou of NBC Montana contacted Cotton, who said he couldn't answer any questions because he signed a non-disclosure agreement.

"They're making it up as they go along," Hobbs said. "These things are all very concerning, and really undermine whatever results they might come up with."

Review past coverage and keep track of the latest developments from the Maricopa County election audit on the 12 News YouTube channel.