Maricopa Co. gave Trump the most votes of any county in the US 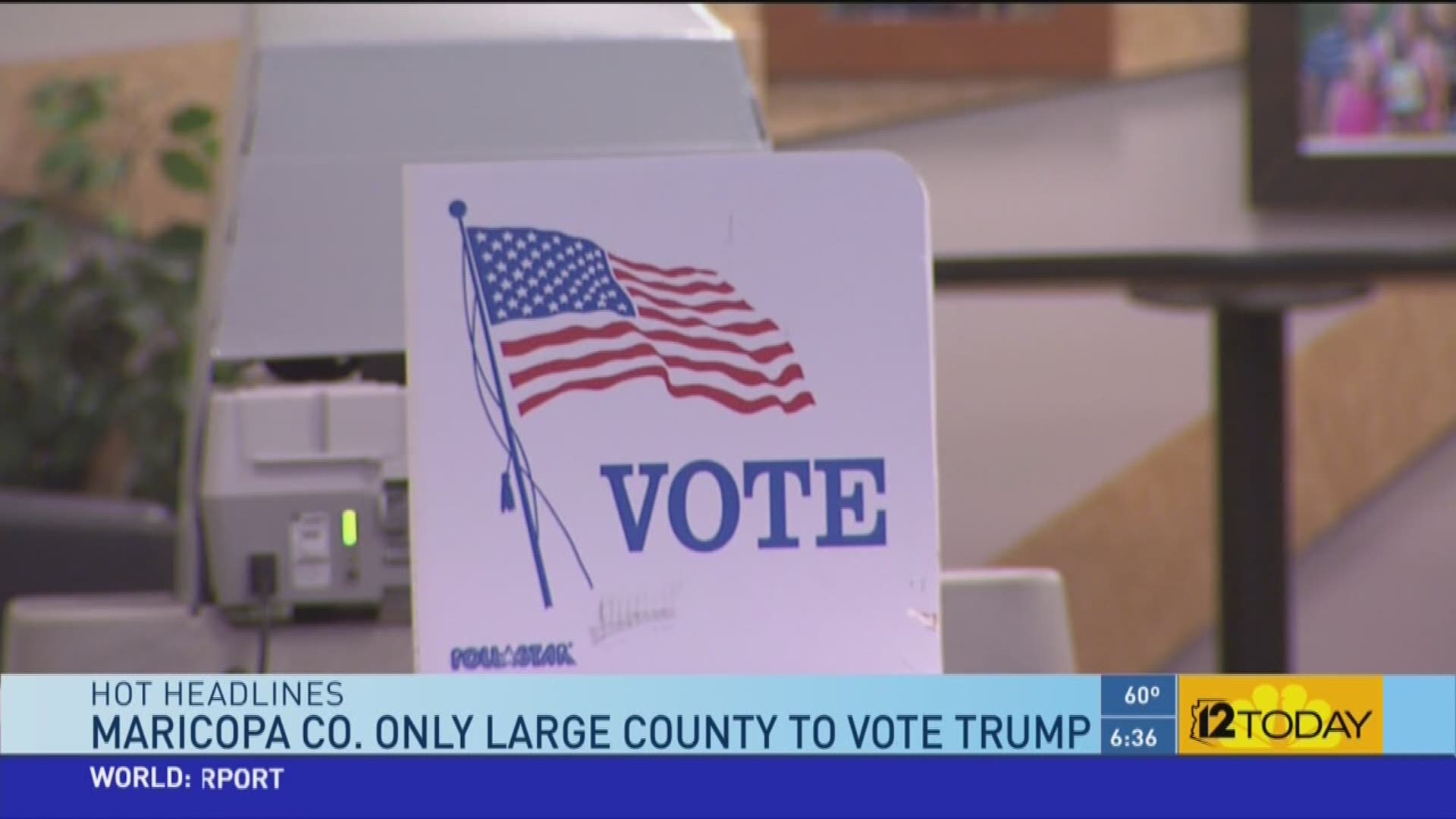 Maricopa County is the "Trumpiest" county in the country - and it's not even close.

Republican President-Elect Donald Trump lost nine of the 10 largest counties in the U.S. on Election Day.

But he won Maricopa County, racking up his largest vote totals of any county, more than 711,000. Maricopa, with 4.1 million people, is the fourth-largest county in U.S.

Trump lost the largest counties in Florida (Miami-Dade) and Texas (Harris and Dallas Counties), states that he won. Those three counties are majority Democrat.

Most striking, Orange County, Calif., cradle of the Reagan Revolution, voted Democratic for the first time in 80 years. The last Democrat to win that county: Franklin D. Roosevelt in 1936.

Ordinarily, Los Angeles County, Calif., with a population more than double Maricopa's, could be counted on to give the Republican nominee a hefty number of votes.

Not this time: So far Trump is getting crushed by Democrat Hillary Clinton, 71 percent to 23 percent. One note: California is still counting its ballots.

The election results also pose a question: Will Maricopa soon join the nine other big 10 counties in going blue?

Republican nominee Mitt Romney won the county by 11 points in 2012.