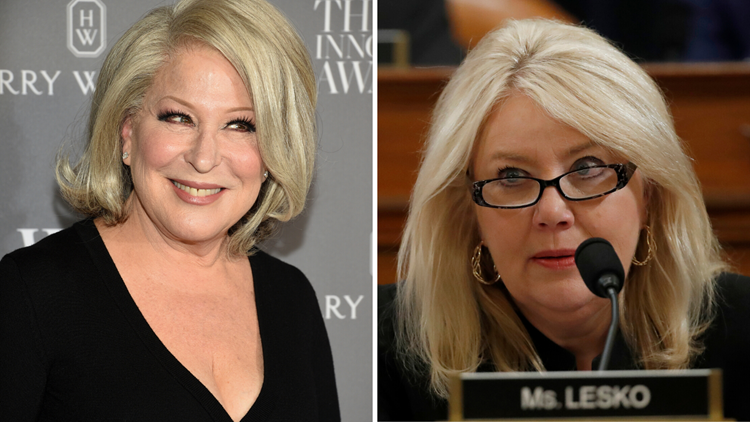 Arizona Rep. Debbie Lesko got into a Twitter argument with entertainer Bette Midler as the House Judiciary Committee debated the articles of impeachment against President Trump.

The committee began its markup of the articles of impeachment on Wednesday.

Lesko of Peoria, one of the Arizona lawmakers on the panel, delivered an opening statement that echoed Republicans' repeated complaints claiming the impeachment process has not been fair.

“If anyone is guilty of abusing power or obstructing justice around here, it is the Democrats, not President Trump. This is the most corrupt, rigged railroad job I have ever seen in my entire life," she said.

Bette Midler was tweeting as she watched the hearing and weighed in on Lesko's speech.

Lesko responded on Thursday morning by dusting off a few references to Midler's works.

The Judiciary Committee continued its debate all day on Thursday. A vote is expected by the full House next week.