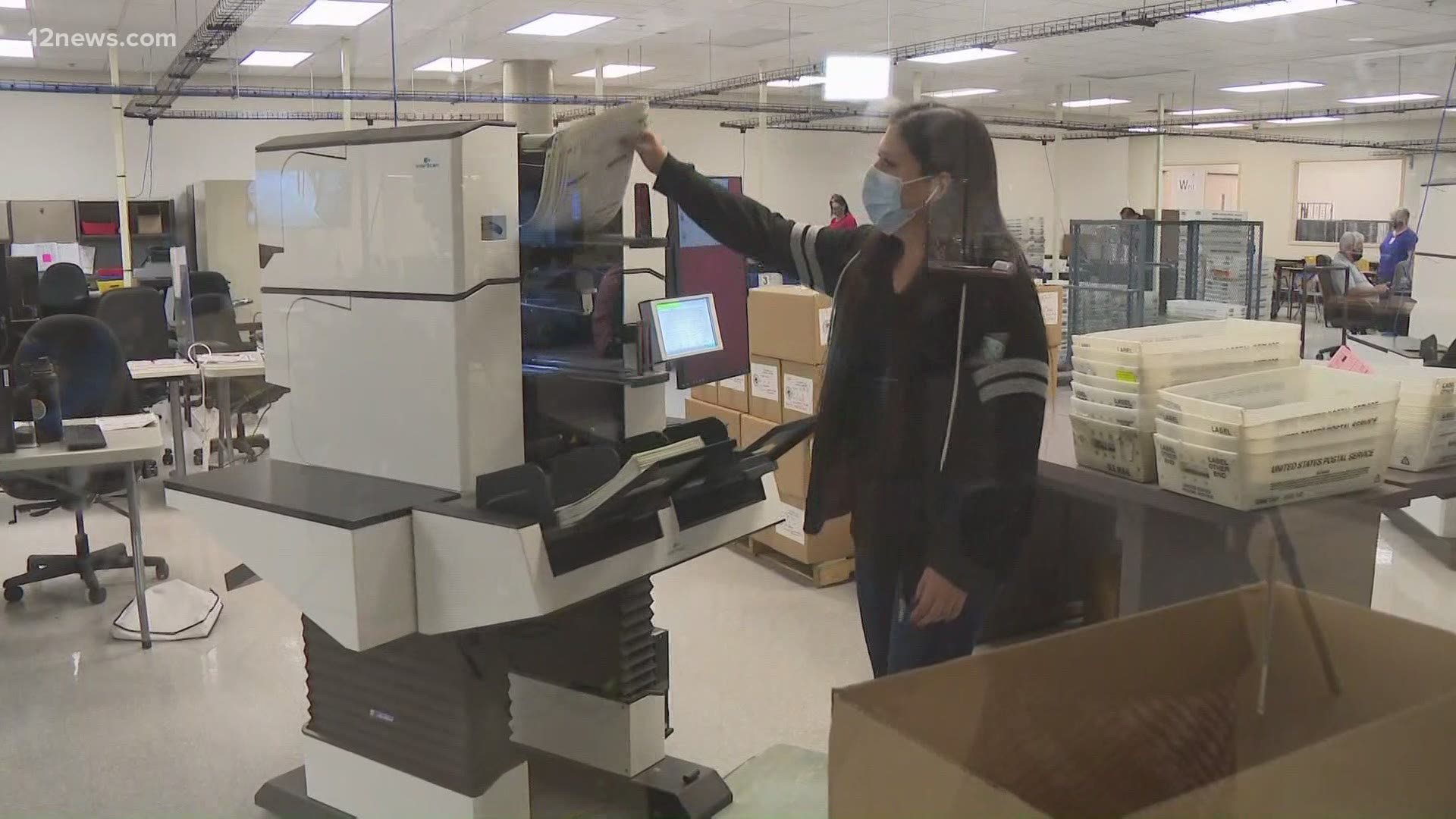 In a letter emailed Tuesday to the Senate’s hired auditors, attorneys for the non-profit voting-rights group Protect Democracy and three Phoenix firms warn that the auditors’ plan to knock on doors to search for voters likely violates state and federal law.

The lawyers say lawsuits could follow if the audit proceeds as planned.

“These tactics - no matter their intent - constitute illegal voter intimidation and might expose your companies to both civil and criminal penalties,” according to the letter to the four firms working on the audit.

"Should you proceed with your current proposed Statement of Work or engage in any other conduct that intimidates Arizona voters, your companies may be named as defendants in federal civil rights lawsuits, thereby exposing you to money damages, the payment of attorneys’ fees, and court injunctions. The same conduct also may expose your companies, officers, and employees to criminal penalties."

The lawyers demand that the auditors cease all potentially illegal activity and retain all records related to the audit.

The Senate hired the lead auditor, Florida-based Cyber Ninjas, with $150,000 in taxpayer money.

Cyber Ninjas' plan for the projected 80-day audit is detailed in this 11-page statement of work.

The firm’s chief executive has been linked to social media posts that claim the election was rigged against President Donald Trump.

The audit has yet to get off the ground.

Last week, Cyber Ninjas’ chief executive officer, Doug Logan, sent a list of about 100 questions to the Maricopa County Elections Department pertaining to how it runs an election. His firm has no experience with an election audit.

The Senate is also searching for a site where the 2.1 million ballots cast in Maricopa County can be hand-counted. The county is refusing to allow its facilities to be used for what it says would be an illegal hand count under state law.

Logan and his spokesman haven't responded to a request for comment about the cease-and-desist letter.

Logan did release a statement earlier Tuesday, saying in part:

"When I was approached about submitting a proposal for this audit, I knew full well that this would mean I'd come under attack and that my business might be damaged by those attacks… The big question should not be, 'Am I biased,' but 'Will this audit be transparent, truthful and accurate?' The answer to the latter question is a resounding 'Yes.'"

The audit has its origins in the aftermath of Trump's defeat in Arizona last November. Republican state lawmakers sought information on the Maricopa County vote that might help overturn the election.

Joe Biden was the first Democratic presidential candidate to win the county in 72 years.

When that effort failed, Senate Republicans successfully subpoenaed Maricopa County’s vote-counting equipment, paper ballots and other materials for their own audit.