Several legislators accused Shooter of sexual harassment in November, leading to an investigation and a report released this week. 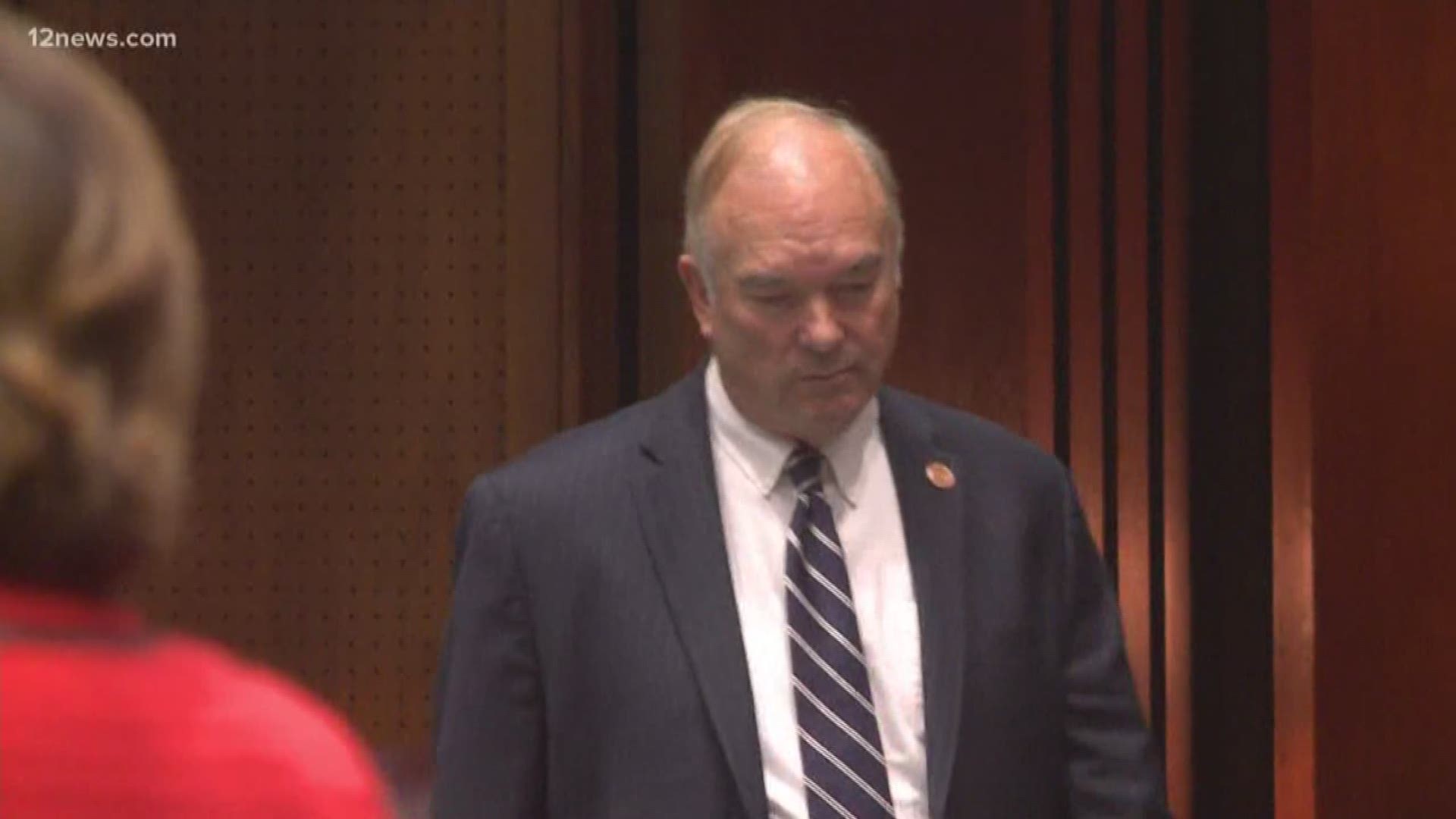 PHOENIX - Rep. Don Shooter is facing expulsion from the Arizona Legislature Thursday as lawmakers have reached the number of votes needed to remove him amid sexual harassment allegations.

Shooter was supposed to face a censure vote after a report confirmed the allegations against him. However, House Speaker J.D. Mesnard said he would move to immediately expel Shooter for sexual harassment instead.

Shooter left the Capitol during the vote.

According to the Associated Press, Shooter is believed to be the first U.S. state lawmaker to be voted out of his seat since the campaign against sexual misconduct known as the #MeToo movement began last year.

12 News learned earlier in the day of alleged threats by Rep. Don Shooter against Rep. Michelle Ugenti, one of his accusers.

JUST IN #12News has learned of alleged threat by Rep Don Shooter this AM against Rep @MichelleUgenti, one of his accusers. DPS is investigating. House Speaker @JDMesnard spox says speaker "is aware of the situation." #12News pic.twitter.com/CUSA4H7hzD

The planned censure was part of an action plan as the result of an investigation into Shooter's conduct, which culminated in a report released earlier this week.

Several legislators accused Shooter of sexual harassment in November, leading to the investigation.

"I support the decision of the House of Representatives. They did the right thing today. This should send a strong message: Everyone should be treated with respect, and there is no room for this behavior anywhere."