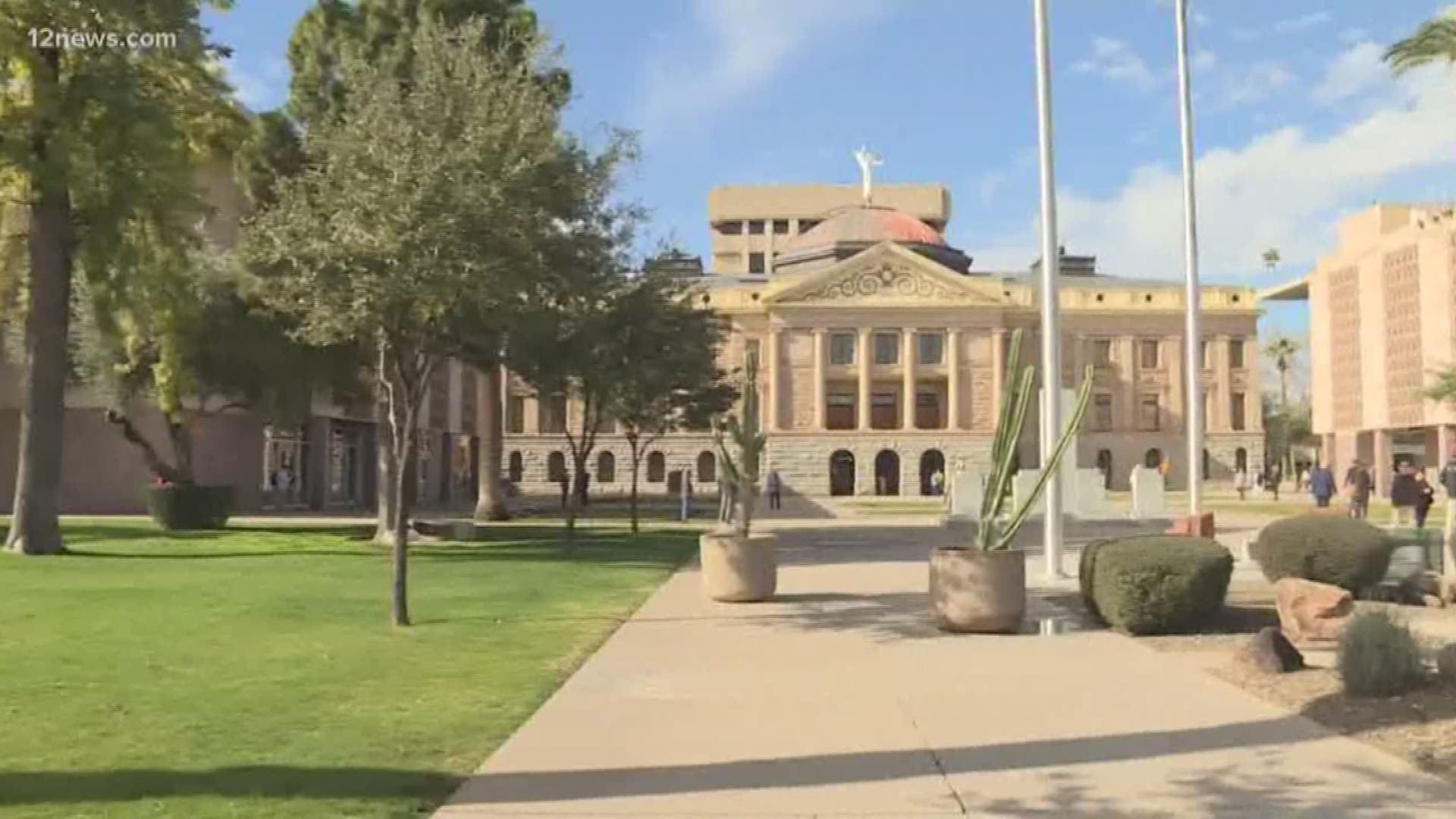 The budget negotiated between majority Republican lawmakers and GOP Gov. Doug Ducey was hung up by some members wanting more cash for their priorities and a non-budget issue — a proposal giving childhood sexual assault victims more time to sue their alleged assailants.

Republican Sens. Paul Boyer and Heather Carter refused to back a budget deal without the child sexual assault statute change.

The measure passed Monday extends the statute of limitations for suing from age 20 to 30 and allows victims now barred from the courthouse to sue until December 2020. It also increases the standard of proof needed to sue in those older cases.

The proposal passed the Senate on a 29-0 vote and was immediately taken up by the House, which also passed it unanimously. Gov. Doug Ducey vowed to sign it.

The Senate then began hours of debate and votes on 11 bills making up the budget passed by the House early Saturday, and sent them to Ducey's desk Monday night. The budget passed without support from Democrats.

"With this budget, Arizona is learning from the mistakes of the past and making a historic payment on securing Arizona's future," Ducey said on Twitter after the budget passed.

The budget for the year beginning July 1 is up 11%, and includes $386 million in tax and fee cuts meant to offset higher revenue the state expects to see from taxing more online sales and from a quirk in the 2017 federal tax overhaul. Republicans say the state shouldn't get a windfall. Democrats fought against the tax cuts, saying the state should use the money to pay for education, highways, housing and other priorities they say are neglected.

The budget makes a massive deposit in the state's main savings account, more than doubling the rainy day fund to $1 billion. That was a top priority for Ducey, who said he wants to avoid the draconian cuts Arizona was forced to make during the Great Recession.

It funds the second of a three-phase pay increase promised to teachers who walked out of classrooms last year and marched on the Capitol to demand better wages and school funding. It also restores some of the money schools get for textbooks, school buses, technology and other needs, which was cut during the economic downturn.

Teachers wearing red for the "Red for Ed" movement packed the House and Senate galleries and committee hearings for days of stop-and-go work on the budget.

"There are some people that think they've done enough for education, and the work is done," said Lupita Almanza, who teaches second grade in Mesa Public Schools, the state's largest district. "I want to remind them the work is not done."

The money already added helps, she said, but districts need more to recruit and fairly pay bus drivers and support staff, and to keep up with basic supplies.

Corrections officers, including those in private prisons, will get pay raises, along with state troopers, law-enforcement officers in other state agencies, and child-welfare workers.

A $32 fee added last year to vehicle registrations to fund the state police will be phased out in two years. Lawmakers approved the fee to stop using highway funds to pay for the Department of Public Safety, but many Republicans were irate when Ducey's administration set it at $32 instead of the roughly $18 fee they expected.

The budget also allows the state to charge Flagstaff for some of the costs the state will bear because the city raised its minimum wage.

"Targeting these funds puts the entire city's budget at risk," Flagstaff officials said in a statement.

Republicans hold just a 31-29 majority in the House, so they needed every GOP vote to pass a budget without Democratic support. The Senate has a 17-13 GOP majority and could only afford to lose one Republican vote. Sen. J.D. Mesnard was the sole holdout. He had vowed to oppose it because he wanted a different mix of tax cuts.

"It is ironic to me that Congress can get this right but we can't," Mesnard said on the Senate floor. "In the fight for tax reform, Congress is one up on the state of Arizona."