Kyrsten Sinema styles herself after John McCain. But does she talk the talk?

The Democratic senator's public silence on Biden's agenda enrages critics in her own party. She follows two Arizona senators who engaged with friends and foes. 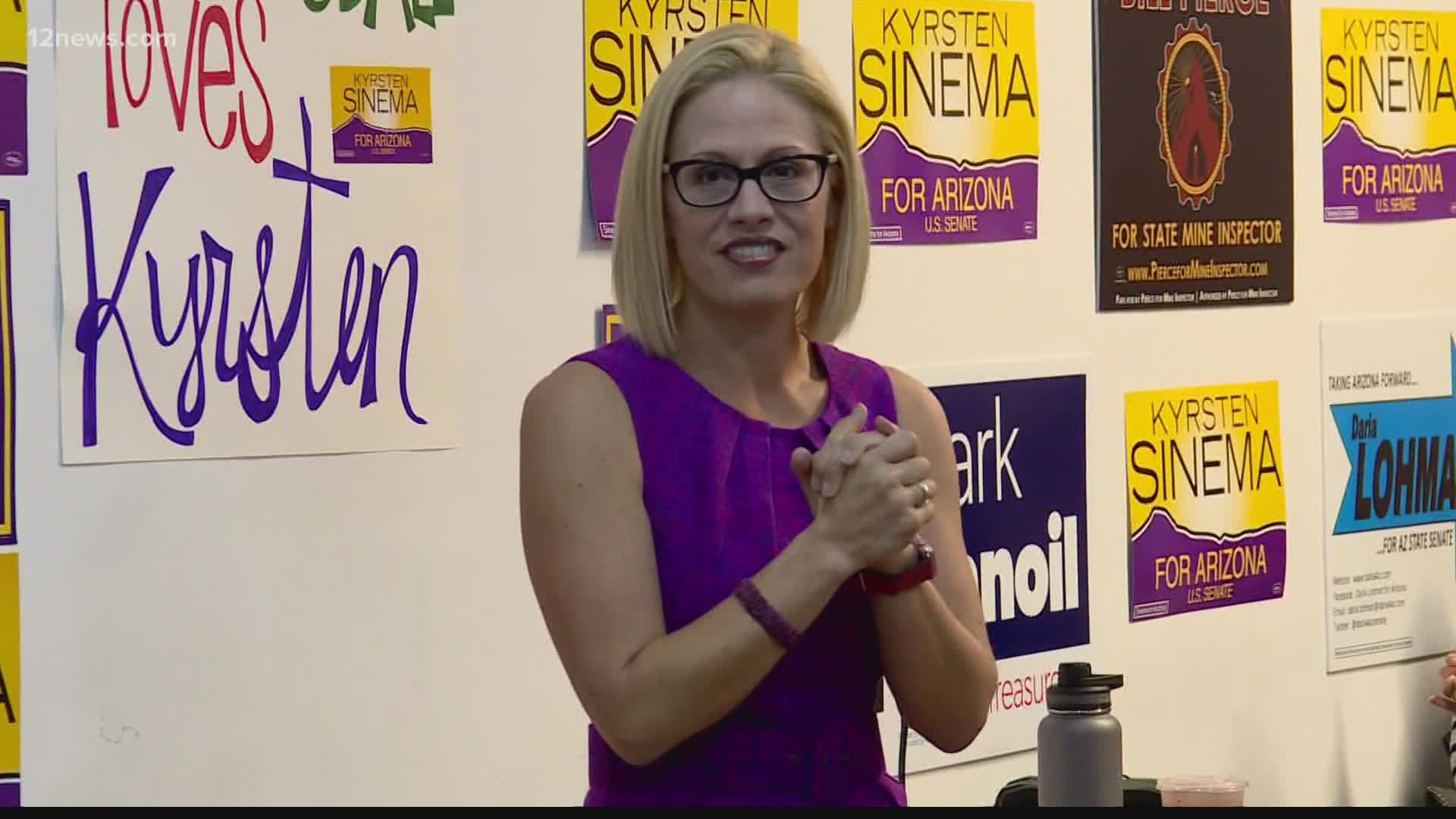 Sinema might have McCain's "Maverick" role down pat, but her critics say she doesn't talk all that often - to constituents, to advocacy groups or to the media.

The first-term Democrat is getting an earful right now from voters demanding to know why she's obstructing President Biden's agenda.

The confrontations have been captured on video in an Arizona State University bathroom, in a terminal at Reagan National Airport, and outside a wedding that Sinema was officiating in Bisbee.

Fellow Democrats in Congress have called her out for not explaining her opposition to the House's "social infrastructure" proposals.

How does Sinema's silence stack up against our recent senators?

McCain famously took all questions from the media (he joked that reporters were his "base"). Sometimes, the reporter may have regretted asking the question.

Then there were McCain's town halls. Sometimes epic events, McCain alone with a crowd, anything goes - and often it did.

One response is part of the senator's legacy: McCain's defense of rival Barack Obama in 2008 from a racist voter.

During his six years in the Senate, Flake toiled in McCain's shadow (which he cheerfully acknowledged).

But Flake more than held his own in town halls and the impromptu video-phone confrontation that's become a political weapon.

In April 2017, Flake walked into the lion's den at a Mesa town hall.

"It's a great crowd," he told a 12 News reporter in the lobby before the event. "I'm sure they have genuine concerns."

What followed was two hours of Flake standing onstage, evenly responding to questions, followed by a bombardment of boos.

Then there was Flake's midflight conversation with  Ady Barkan, an activist with ALS who confronted Flake on a plane to Phoenix.

It was plain they disagreed on virtually everything they discussed, but Flake was engaged.

I enjoyed the conversation, Ady. We won’t always agree, by I admire your courage and knowledgeable advocacy. https://t.co/rtaKegXvCU

There was a time when you couldn't stop Kyrsten Sinema from talking.

She was in the state Legislature and a regular on 12 News' "Sunday Square Off" and other stations in the market.

My last one-on-one interview with her was in 2019, after her first confirmation vote in the Senate, in favor of William Barr's nomination as attorney general.

Sinema's Senate staff has said President Biden knows what she opposes in the Build Back Better agenda. Sinema has had a lot of conversations with Biden.

Biden spilled some of the details during a recent CNN Town Hall:

"She's very supportive of the environmental agenda in my legislation, she's supportive of almost everything I mentioned, related to family care and all those issues. Where she's not supportive is she says she will not raise a single penny in taxes on the corporate side or on wealthy people."

She signed on to Democrats' so-called "billionaires tax" -- and possibly delivered a vote that might calm the protests against her.