Talonya Adams was awarded $2.75 million after jury found she was fired in 2015 for complaining about racial and sexual discrimination. 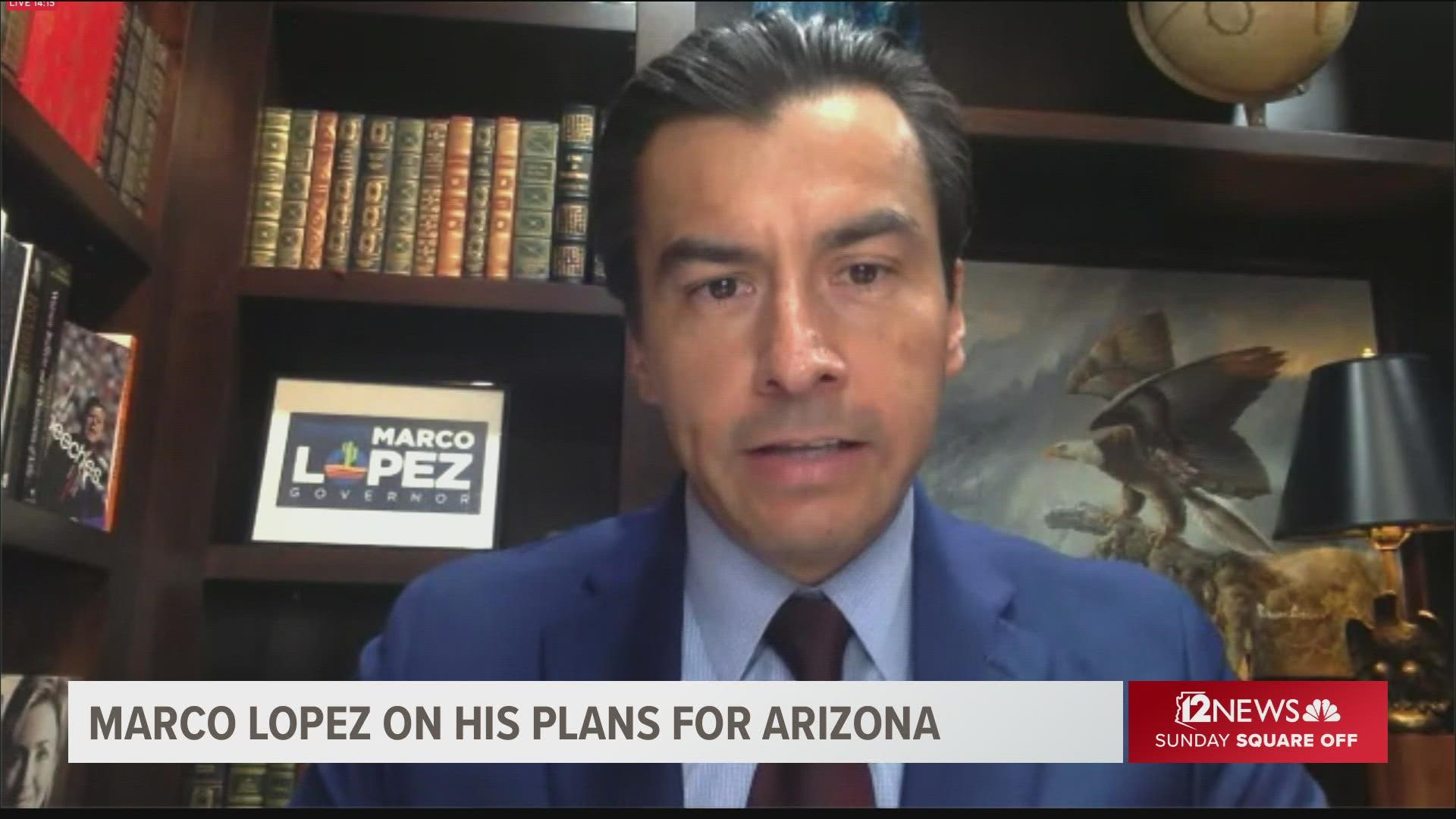 PHOENIX — An African-American policy adviser who won a multimillion-dollar jury award for racial and sex discrimination by the Arizona State Senate blames her former boss - Democratic Secretary of State and gubernatorial candidate Katie Hobbs - for her firing.

"This was Katie Hobbs' decision," Talonya Adams said in an interview. "I think she's always been very uncomfortable with minorities. She seems wholly disconnected from people of color."

Hobbs, who was subpoenaed to testify in the trial, said at the conclusion of her testimony last week that she wished she had been a "better ally" for Adams.

"I don't need her to be my ally," Adams said in the interview. "I need her not to discriminate against black people."

Last week, an all-white Federal Court jury found that Adams was fired by the state Senate in 2015 because she complained that her low pay was the result of racial and sex discrimination.

According to court documents, the jury awarded Adams $2 million in compensation for damages suffered because of the retaliatory firing. She was awarded $750,000 for the discrimination itself.

The jury deliberated for three hours after the three-day trial.

A Federal Court hearing is scheduled for Tuesday. The Senate has a month to file an appeal or seek reconsideration of the verdict points

Served as own lawyer in 2 jury trials

The Adams' case outcome is remarkable and rare: For the second time in two years, and in her first two federal court jury trials, Adams won a verdict for herself against the Senate while acting as her own attorney.

"I really would like to thank this jury for … taking their time in this COVID-19 era to do their civic duty," Adams said.

Adams, who is 45, is a graduate of the Sandra Day O'Connor School of Law at Arizona State University and has an MBA from the Thunderbird School of Global Management.

"This second trial between Talonya Adams and the Republican-controlled state Senate resulted in the same conclusion as the first verdict in 2019. Secretary Katie Hobbs was one of several witnesses who voluntarily testified regarding Ms. Adams' employment in the Senate, and the circumstances that led to her termination.

"As Ms. Adams testified during the first trial, the Republican majority chief of staff acted as her supervisor and the ultimate decision-maker regarding the termination of her employment.

"The state Legislature, both in 2015 and today, is run by Republicans who pay their staffers more than the Democratic Senate staff, which is dramatically more diverse than the Republican staff. This problem is systemic, it persists today, and it needs to be fixed."

"During her time in the legislature, Katie Hobbs consistently fought for pay increases for the Democratic staff. In her role as Secretary of State, Katie tackled pay inequity that impacted people of color, and as Arizona's next governor she will fight for progress and equity for all Arizonans."

Adams filed her civil rights lawsuit against the Arizona Senate. No individual staffers or senators were named as defendants, so the jury and judge didn't assign culpability to any of Adams' supervisors.

Before her firing in 2015, Adams worked for then-Senate Minority Leader Hobbs and current Chief of Staff Jeff Winkler.

Hobbs had been on the job as minority leader a little more than a month when Adams was fired. Adams had worked as a legislative policy adviser for Senate Democrats for three years.

Adams said it was Wendy Baldo, chief of staff for the majority Senate Republicans, who fired her over the phone. Baldo testified in court that the decision was up to Hobbs.

Under the Senate's structure, the majority party runs the chamber.

RELATED: Fired African-American staffer took on AZ Senate. Now she's getting her job back - and $350K

No money from two victories

Despite her two court victories during six years of litigation, Adams said she hadn't received a dime in compensation from the state Senate.

The latest jury award of $2.75 million will be knocked down to $300,000 under a federal statute capping jury awards in employment discrimination cases. The jury is not informed of the cap before it deliberates.

The first trial in 2019 resulted in a $1 million financial award by the jury. Adams was also restored to her job as a Senate policy adviser after her firing four years earlier and the jury ordered the Senate to give her back pay.

But under a court ruling last year, the court ordered a new trial on compensation for racial and sex discrimination, as well as for retaliation against Adams. The back pay was withheld pending the outcome of the second trial, Adams said. She did get back her job as a legislative policy adviser.

Hobbs said it was 'group decision'

During questioning by Adams last week, Hobbs said the firing was a "group decision" done by "consensus."

Hobbs testified that she had "lost trust" in Adams over several issues, including Adams' emergency leave to care for her son in Seattle and her emails seeking discussions about her pay.

Adams had emailed Winkler about the leave and his response was, "Do what you need to do," according to Adams.

"It wasn't my understanding that any of us knew of the emergency or that the leave was approved," Hobbs testified.

Adams was fired while she was out of state caring for her son, according to court records.

She said she had also sought pay equal to her peers after a newspaper investigation showed her salary lagged.

Current and former Democratic state lawmakers testified that they had no problems with Adams' work. Former State Sen. David Bradley of Tucson said he resigned from his leadership role to protest Adams' firing.

Several African-American leaders released a statement expressing their support for Adams and urging that "all persons, especially people of color, reconsider any support for Katie Hobbs":

"The decision by a jury to award Attorney Talonya Adams $2.75 million is to be applauded. Not once but twice was the 2015 leadership of the Arizona State Senate found to be in violation of her civil rights as a member of the Senate staff.

"We are proud of Ms. Adams for taking her stance against this longstanding problem of racism at the State Capitol and celebrate her for efforts to be successful in this fight.

"We are also deeply concerned about the involvement of then Senate Democratic Minority Leader Katie Hobbs, the current Secretary of State and 2022 gubernatorial candidate, in these blatant racist actions perpetrated against Attorney Adams.

"We ask that all persons, especially people of color, reconsider any support for Katie Hobbs to become the next Governor of Arizona, as a direct consequence of her unjust actions toward Attorney Adams, and refusal to neither admit discrimination occurred, nor take responsibility for her role in the retaliatory termination."

The statement was signed by Rev. Dr. Warren H. Stewart Sr., who led the campaign for a Martin Luther King Day holiday in Arizona; Arizona Corporation Commissioner Sandra Kennedy; Charles Fanniel, president of the NAACP of Arizona; Cloves Campbell, publisher of the Arizona Informant and a former state lawmaker; Art Hamilton, who served for 26 years in the state Legislature; and former Phoenix City Councilman Michael Johnson.

Hobbs' two opponents in the Democratic primary for governor issued scathing statements after the jury verdict.

"There is no place in Arizona for hate or discrimination. This raises serious questions that Secretary of State Hobbs must answer and will cost taxpayers millions of dollars. As governor, I will not tolerate this type or any kind of discriminatory behavior in my administration."

"Being an effective Democratic leader is about more than just participating in partisan fights; it is about holding a key set of values and living those values all the time - especially when no one is watching.

"The simple truth is that a jury of her peers has now concluded, twice, that Talonya Adams was fired by Katie Hobbs for asking to be paid as much as her white male counterparts. This type of discrimination is abhorrent to all Arizonans, regardless of party.  As Democrats, it should be unacceptable from someone who wants to serve as our nominee for governor."

Catch the latest segments from our Arizona politics-focused show, Sunday Square Off, on our 12 News YouTube playlist here. 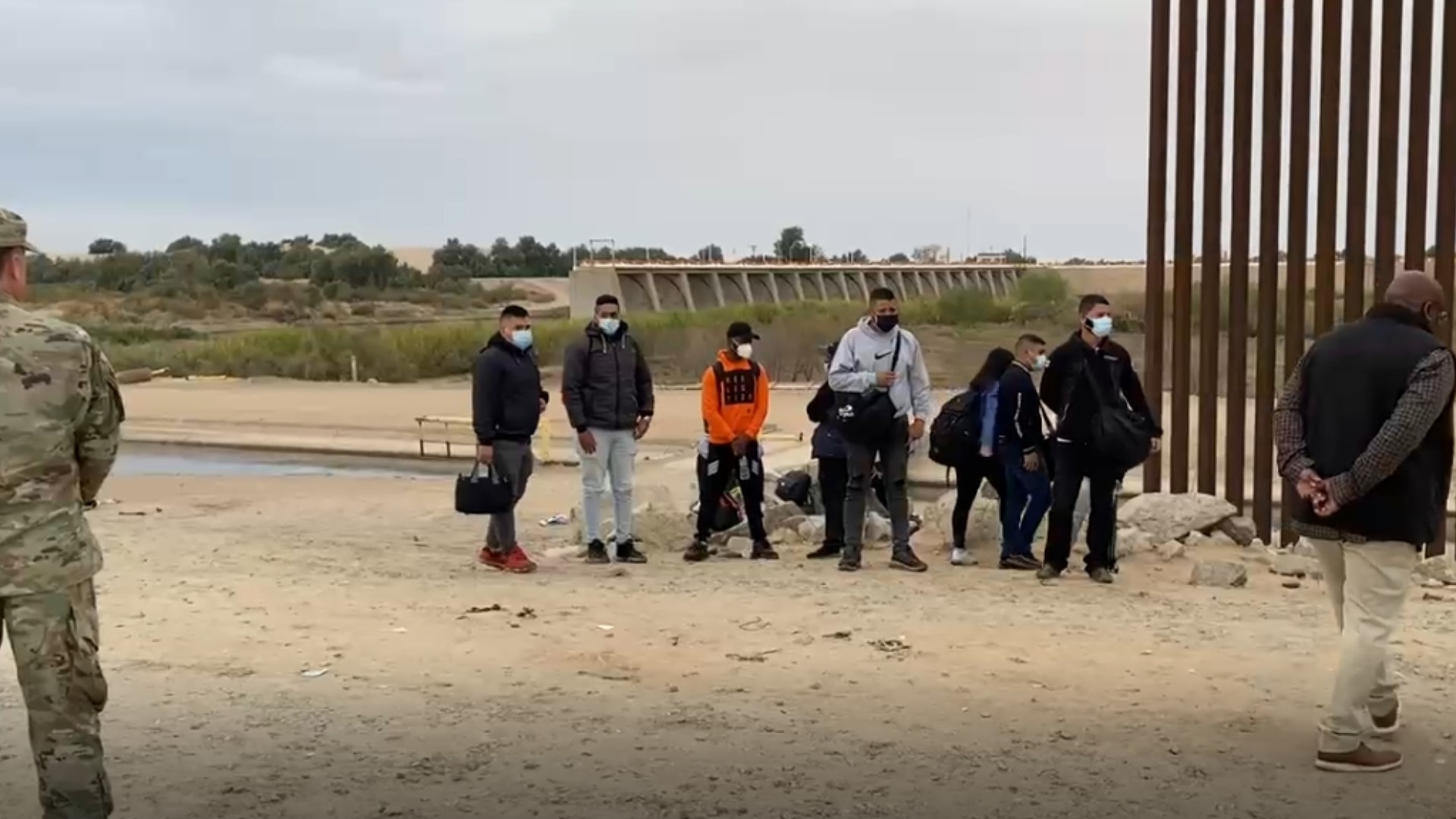