The judge also ruled that lawyers for the Senate GOP and Arizona Secretary of State Katie Hobbs must reach a deal for Hobbs to inspect the audit site. 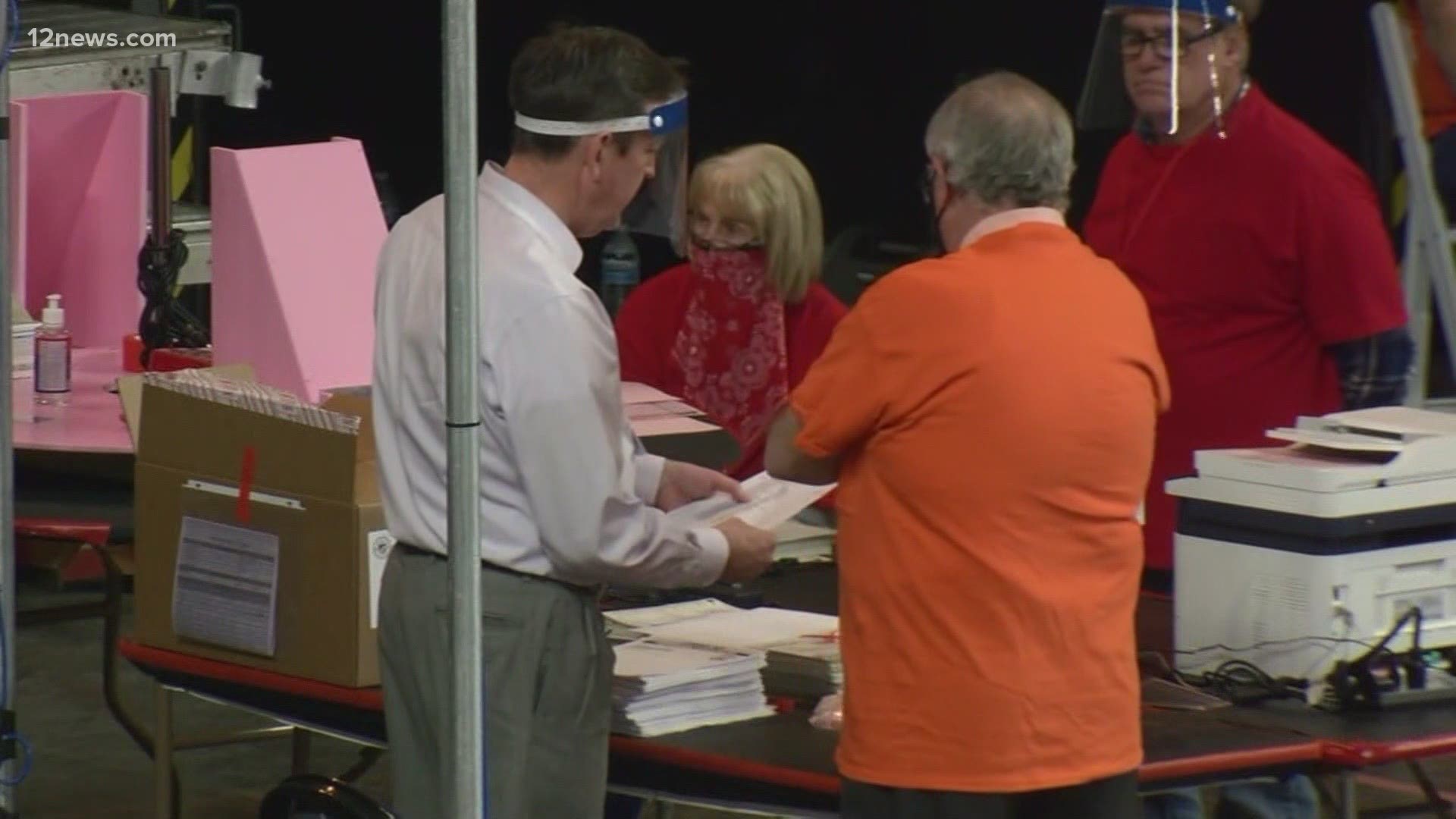 PHOENIX — The judge who recently took over the case surrounding the Arizona Senate Republicans' audit of Maricopa County's 2020 election results ruled on Wednesday that the company overseeing the audit cannot hide policies or procedures from members of the public or the media.

The ruling, issued by Superior Court Judge Daniel Martin, rejects the request made by Cyber Ninjas, a Florida-based company and the lead election auditor, which asked for the public and media be excluded from courtroom proceedings revolving around the case.

Lawyers from Cyber Ninjas argued that the court filings contain "trade secrets" as well as information that outsiders might use to harm the audit.

Martin said that the documents filed by Cyber Ninjas will be made public by noon on Thursday, barring action by a higher court.

Martin also ruled that lawyers for Senate Republicans and Arizona Secretary of State Katie Hobbs, the state's top election official, must come to a deal by 5 p.m. today for Hobbs to inspect Veterans Memorial Coliseum, the site where the audit is taking place.

The judge also said that if no deal is reached within the given timeframe, Martin would settle it on Thursday.

The ruling comes after the new judge appointed to the case questioned whether the audit is protecting the privacy of voters in Maricopa County.

"I am not yet persuaded that there has been a showing that the rights of the voters in Maricopa County are being protected," Superior Court Judge Daniel Martin said toward the end of a one-hour hearing on Tuesday.

He had said at the start of the hearing that the "heart of this case" was the policies and procedures for handling election materials put in place by Cyber Ninjas, and Ken Bennett, the Senate Republicans' audit liaison.