Presidential candidate Joe Biden spoke exclusively to 12 News about the pandemic, his potential running mate, and his priorities during the presidential race. 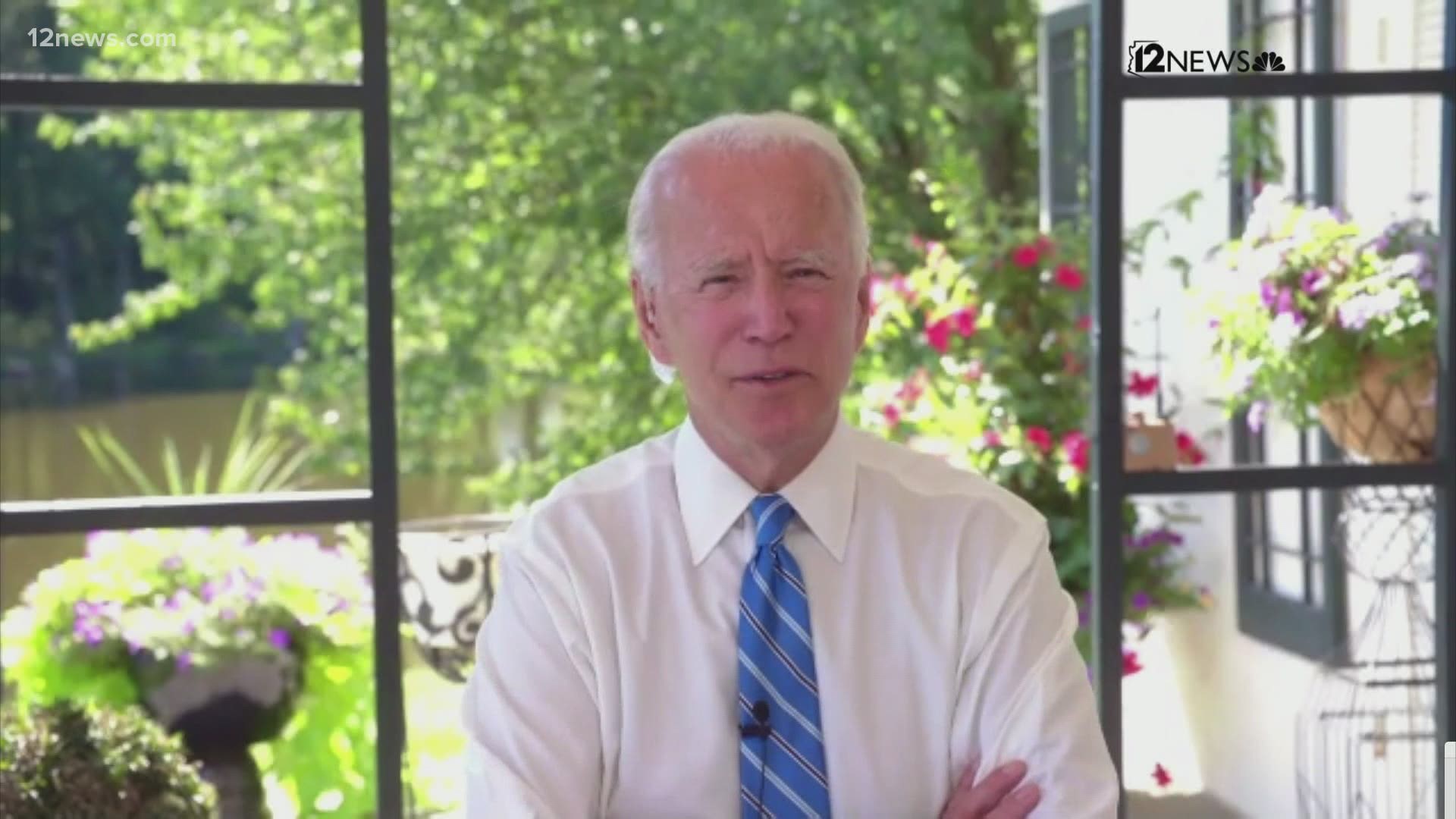 PHOENIX — In an exclusive one-on-one interview with Joe Biden Tuesday, Mark Curtis asked about the country's pandemic response, the shortlist of running mates, and appealing to disenchanted Republicans.

"The surge that has been felt especially in Arizona has been devastating but we have a president who won't face reality," Biden said. "It continues to cost American lives."

Biden was critical of President Donald Trump's response and so-called lack of responsibility after over 135,000 people in the United States died of the virus so far.

Biden has a big upcoming decision in picking his running mate. There is speculation the shortlist for vice-presidential candidates includes Kamala Harris, Keisha Lance Bottoms, Susan Rice, and Tammy Duckworth, among other names.

Background checks are happening and should be done in the next week to 10 days, then Biden plans to interview those remaining.

"First thing I want to make sure is I have somebody--and I think they all are--capable of being president of the United States if something happens," Biden told Curtis.

He also said that he is looking for an ally who shares a value system.

Biden hopes to win over Republicans that turned away from the Trumpian GOP.

Biden spoke to this experience in office and familiarity with world leaders. He said on day one he would reach out to NATO allies.

"I think I can help put things back together," Biden said.