Sheridan will go on to face off against incumbent Democrat Paul Penzone in November. 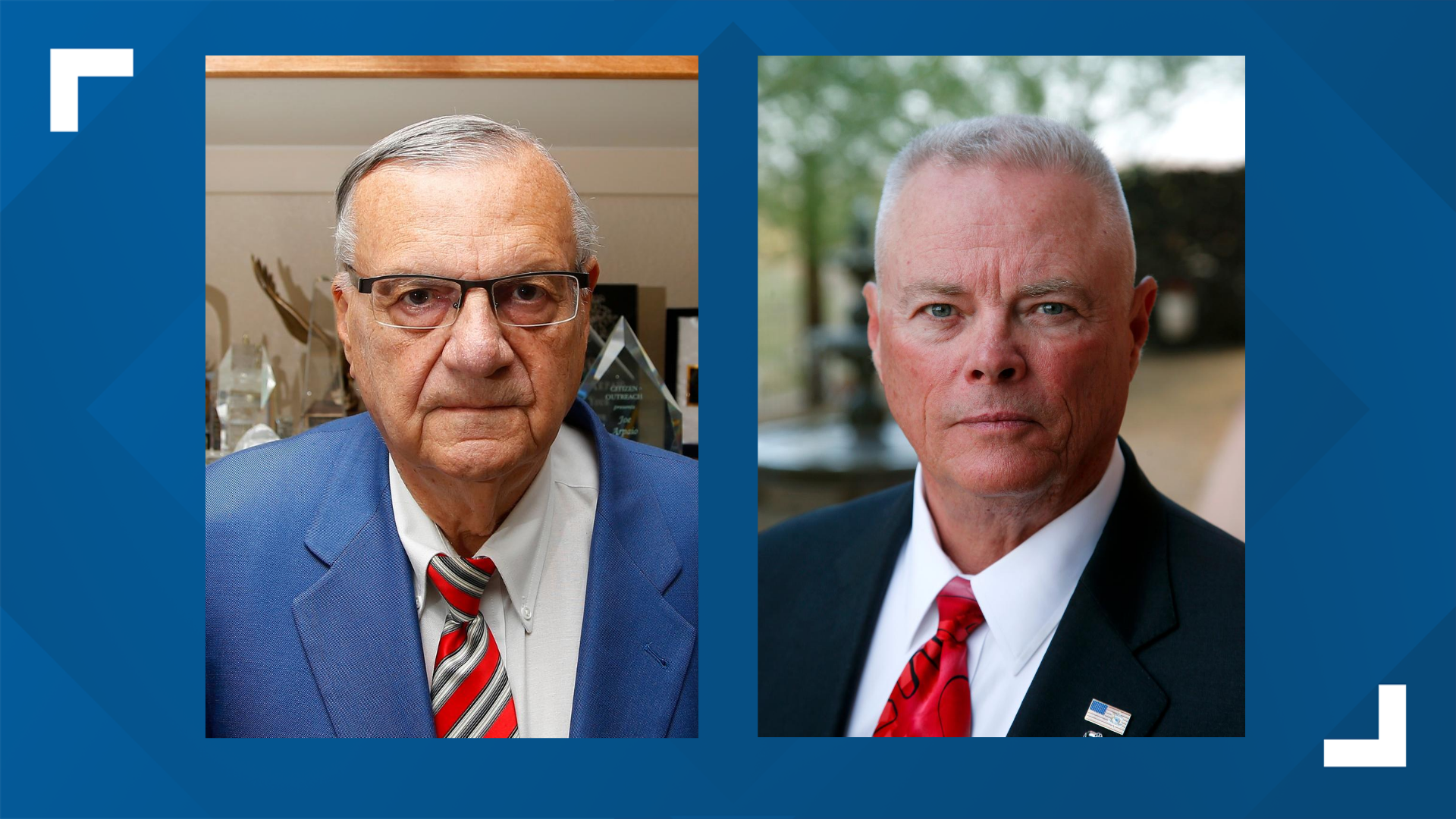 Sheridan will go on to face off against incumbent Democrat Paul Penzone in November.

When the first results dropped Tuesday night, Arpaio and Sheridan were deadlocked with just 572 votes separating the two candidates.

On Thursday, Sheridan pulled away from the 88-year-old former sheriff with 4,090 ballots separating the two.

With just 2,400 ballots left to count as of 5 p.m. Friday, Arpaio has mathematically lost the race.

Penzone handed Arpaio the worst defeat of any countywide candidate in 2016.

Since then, Arpaio has been on a quest to reclaim his job as sheriff after 24 years at the helm, but the loss to Sheridan marks his third failed attempt.

A firebrand for law enforcement, Arpaio billed himself as “America’s Toughest Sheriff," but he ignited a nationwide furor in 2010 after a strict anti-illegal immigration policy essentially allowed his deputies to racially profile every-day people, his critics argued.

Arpaio was found guilty of criminal contempt of court in 2017 after a judge ruled that he ignored an order to stop arresting undocumented immigrants without producing evidence of them breaking state law.

A pardon from his ally President Donald Trump spared Arpaio from a prison sentence, but it did not expunge his conviction.

Arpaio’s political future in an increasingly moderate Arizona looks doubtful as he contends with this latest defeat.

CUE 'MY WAY'... because the end is near. Joe Arpaio's ringtone should accompany this tweet. Jerry Sheridan's lead grows to 6,000 votes. It's over. Arpaio's former No. 2 will face Democratic Sheriff Paul Penzone in general election. #12News pic.twitter.com/CH9KPYrRsW