Former Maricopa County Sheriff Joe Arpaio announced Sunday that he would run next year to win back the seat he once held for 24 years. 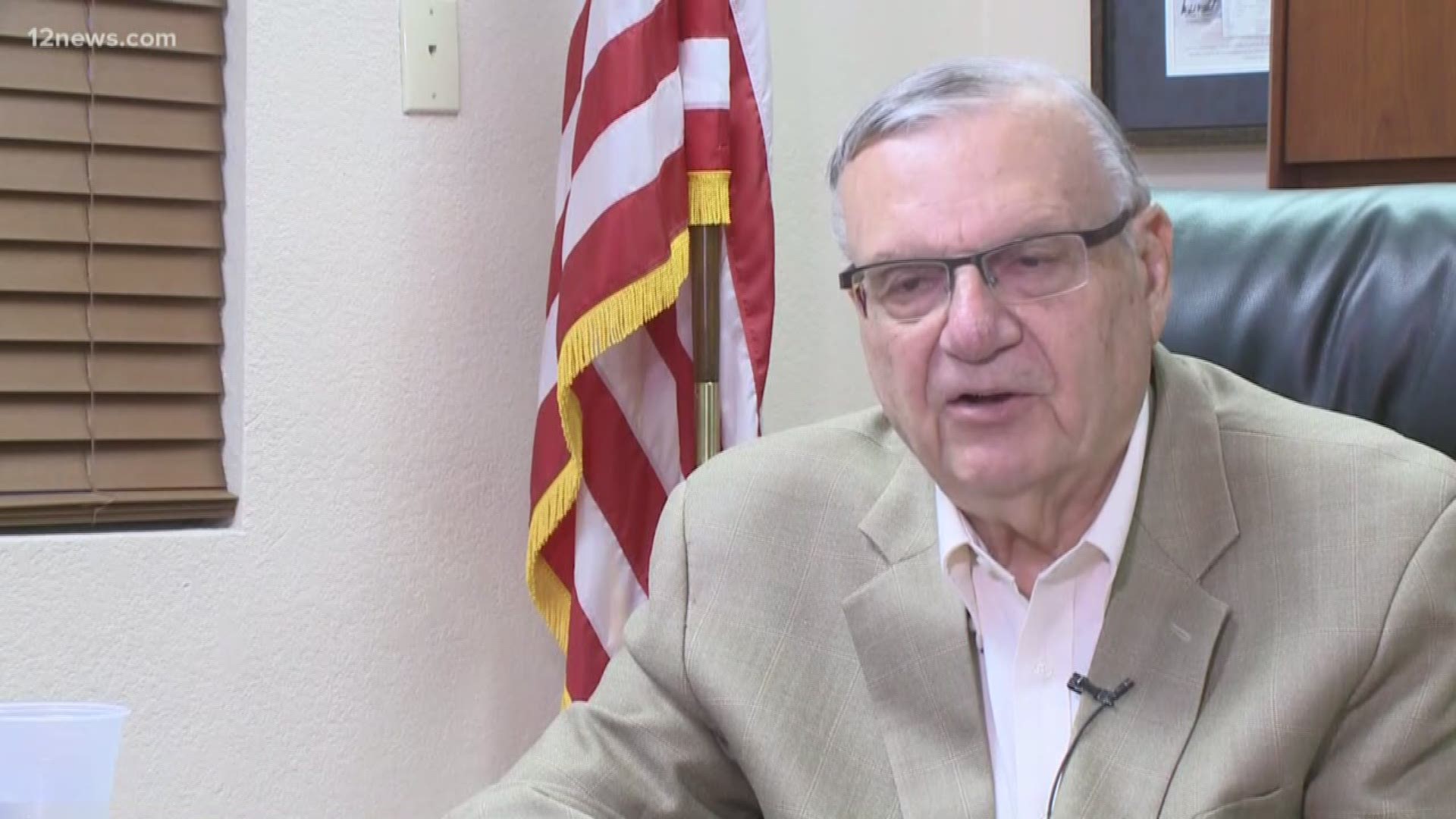 PHOENIX — Former Maricopa County Sheriff Joe Arpaio announced Sunday that he would run next year to win back the seat he once held.

Arpaio had held the seat for 24 years, before he was voted out of office in 2016 and replaced by current Sheriff Paul Penzone.

In a Sunday press release, the 87-year-old former lawman said he consulted his wife of 61 years, Ava, and got her approval before announcing his re-election campaign.

“Watch out world! We are back!" part of the release read.

In the press release, Arpaio announced that he would re-open the controversial Tent City jail, bring back "popular" jail policies, reinstitute the sheriff's posse "to its former strength" and "continue to enforce all Arizona laws that deal with drug trafficking, sex trafficking and other crimes associated with the border and illegal immigration."

Arpaio said the date of his announcement, Aug. 25, is important to him because it's his wife's birthday and the two-year anniversary of President Donald Trump pardoning him after he was found guilty of criminal contempt of court.

RELATED: Arpaio thanks Trump for pardon, asks supporters to help with legal fees

“I will continue to stand and fight to do the right thing for Arizona and America, and will never surrender,” Arpaio declared. “Those who break the law will have to deal with this sheriff.”

Arpaio was found guilty of criminal contempt of court in 2017, after a judge found that he intentionally ignored another judge's order to stop arresting undocumented immigrants without any evidence that they broke state law.

Arpaio faced up to six months in jail related to the conviction. Trump's pardon meant he would not serve any time, but the verdict remains on his criminal record.

Arpaio lost the 2016 election for Maricopa County sheriff to Penzone, 43% to Penzone's 56%.

Arpaio could be facing off against his former top aide in near year's election.

Jerry Sheridan, Arpaio's second-in-command in his last six years in office, announced in February that he would challenge Penzone in the election.

Sheridan said in Sunday statement that he would remain in the race after Arpaio announced he would run.

"My focus has always been on getting the bad guys, not headlines," the statement read.

"We need a professional and proven lawman to win this office back and the voters have already made it clear they will not vote for Joe."

Sheridan has faced some legal issues himself: He was found to be in civil contempt for disobeying the same 2011 court order to stop traffic patrols that targeted immigrants and was found to have racially profiled Latinos.

Despite the criticism in the profiling case, Sheridan said he was treated unfairly in court and that he worked to comply with an overhaul of the agency that was ordered in response to the profiling verdict.

RELATED: 'I think I can make a difference': Joe Arpaio announces run for US Senate