The university says it reflects the "breadth of the president’s work and his impact on numerous fields." 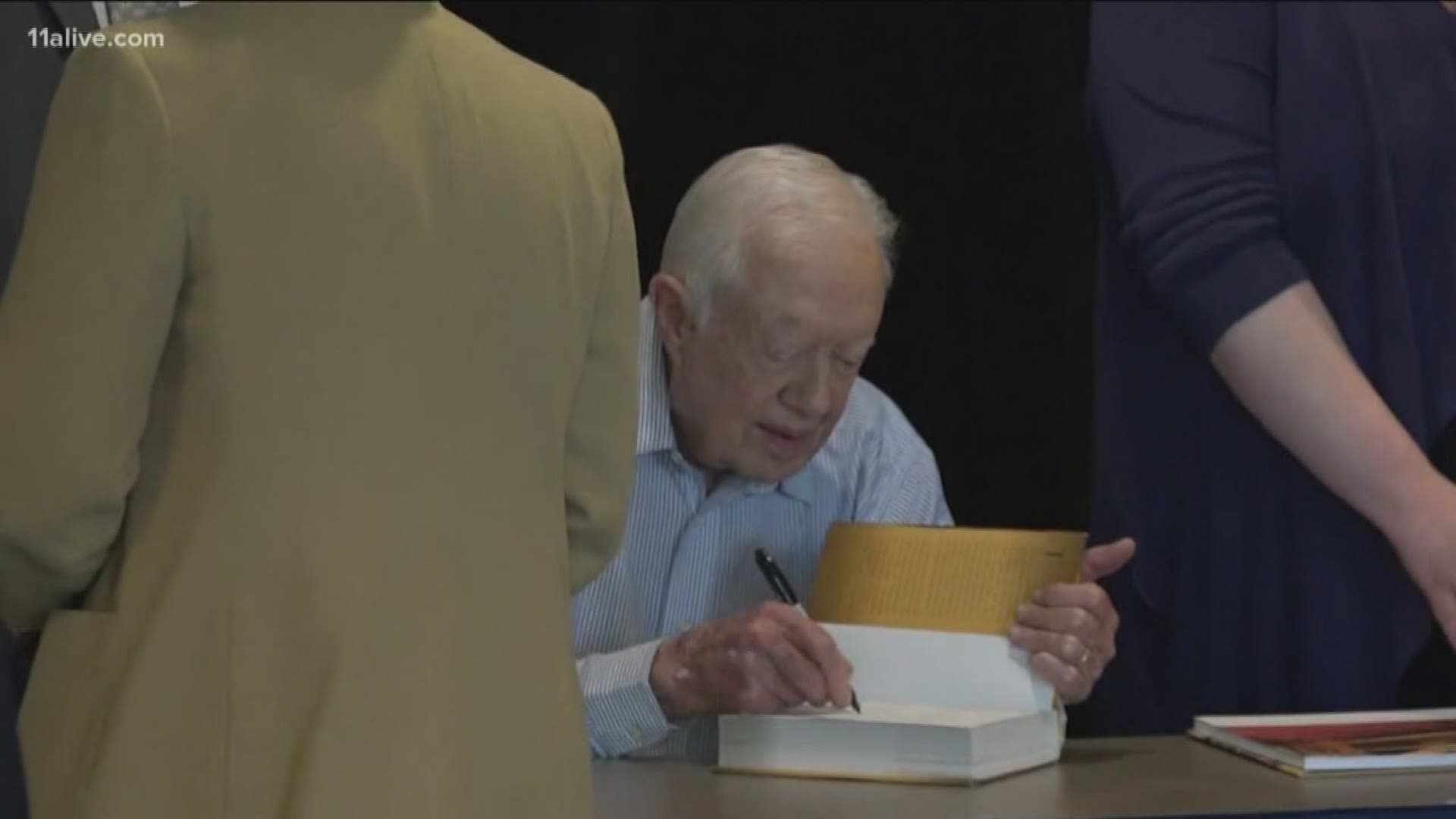 ATLANTA — From President of the United States to Nobel Prize winner. Now, a former President can count another honor to his name - tenure.

After working as a distinguished professor at Emory University in Atlanta for the last 37 years, President Jimmy Carter has been granted tenure. The distinguished appointment applies to four schools - the College of Arts and Sciences, Oxford College, Candler School of Theology and the Rollins School of Public Health.

RELATED: Inside Jimmy Carter's historic tribute to TV and film production in Georgia

The university says it reflects the "breadth of the president’s work and his impact on numerous fields."

"Across nearly four decades, he has given Emory the full measure of what it means to be a public intellectual and an engaged faculty member," said Emory's President Claire E. Sterk. "He has viewed teaching as a revered calling —the same humble approach he has brought to every undertaking, large and small, across a lifetime.”

Carter joined the university as a professor in 1982, just over a year after leaving the White House. Also in 1982, Carter partnered with Emory to launch The Carter Center, a nongovernmental organization focused on global human rights issues, an affiliation that continues today.

With Carter's tenure, he becomes the first faculty member with the appointment to hold a Nobel Prize and to have been a US President.

1 / 11
The Carter Center was founded in 1982 by former U.S. President Jimmy Carter and his wife, Rosalynn, in partnership with Emory University, to advance peace and health worldwide. A not-for-profit, nongovernmental organization,

A statement on the university's website says Carter used to joke during lectures that he had taught students in every school of the university and published several books and articles, but hadn't yet been awarded tenure.

Throughout his time with the university, the school says the 94-year-old has been a full-fledged faculty member "in every sense," be it through meeting often with students, advising them on projects and engaging with other faculty.

“Having President Carter as part of the Emory experience has a profound impact on our students,” said the schools provost Dwight A. McBride.

The appointment comes as Carter recuperates at home from hip replacement surgery after he broke his hip while leaving home to go turkey hunting in May. He became the longest-living U.S. president in history in March.

Carter and his wife Rosalynn live in the small, rural town of Plains in southwestern Georgia, where they were born, raised and married.

Material from the Associated Press was used in this report.