In Arizona, the 2020 presidential election still isn’t over. Republicans start an audit this week. Here’s what we know.

On eve of audit, Senate GOP still doesn't have Maricopa County election materials it wants to examine. Audit is led and funded by people who reject Biden victory. 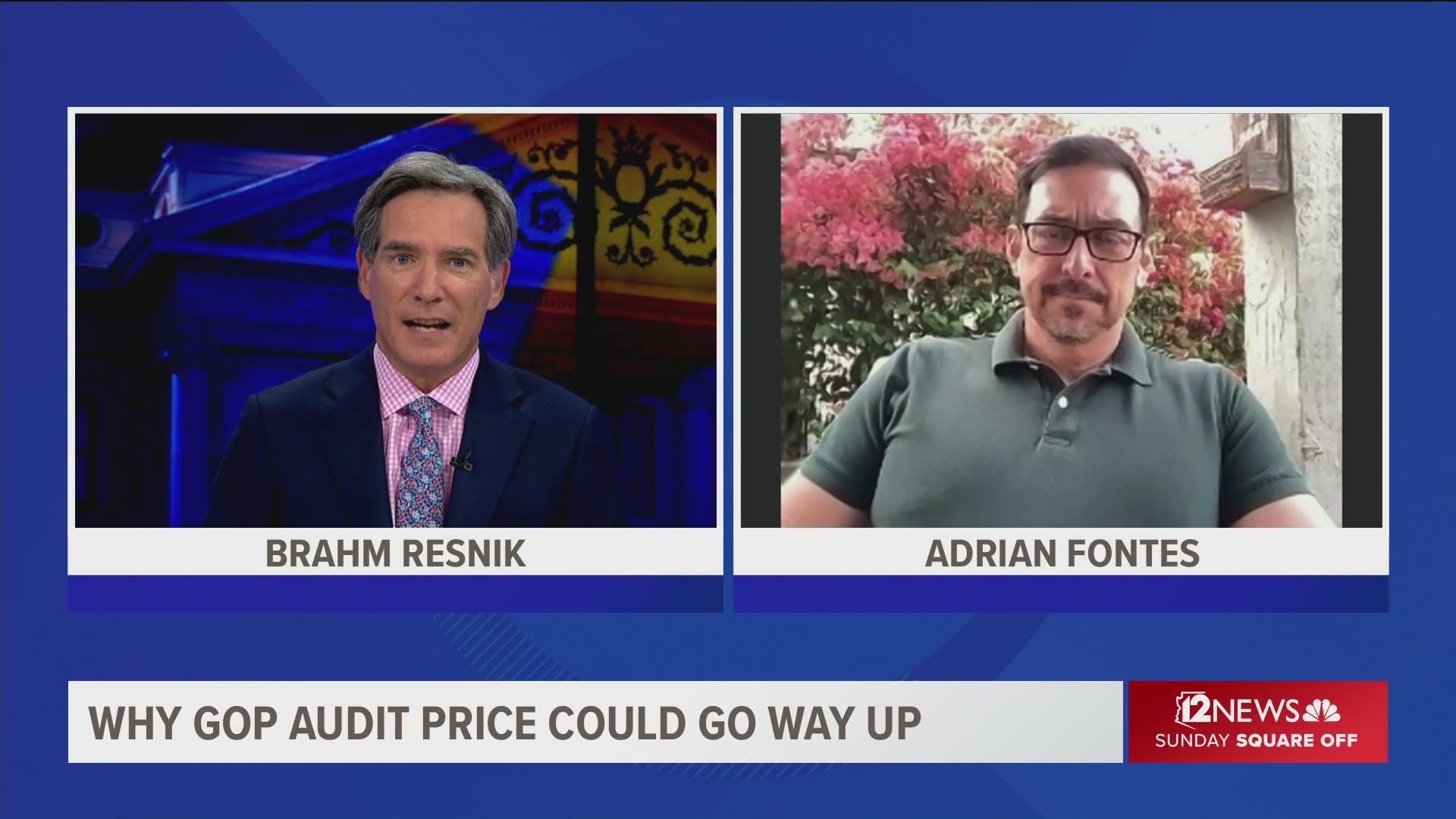 The audit, which grew out of Arizona Republican lawmakers’ effort late last year to toss out Joe Biden’s victory in the state, is being led, funded and cheered on by people who believe the Arizona vote was stolen from former President Donald Trump.

Arizona Senate President Karen Fann told a radio interviewer last week that the audit team would show up on Monday and the audit work would begin Thursday.

Fann has booked Veterans Memorial Coliseum at the State Fairgrounds from Monday through May 14 for the audit.

Fann has said the audit is needed to answer the thousands of questions about the election that she and fellow lawmakers have received from constituents. She has said the work will be “independent,” “bipartisan” and “true.”

More than a dozen lawsuits and two independent audits paid for by the Maricopa County Elections Department have revealed no wrongdoing in the 2020 vote.

The focus is on the Maricopa County results, which account for six of every 10 votes in the swing state. Biden was the first Democratic presidential nominee to win Maricopa County in 72 years.

Here’s what we know about the audit:

The question right now is whether the auditors will have any election materials to work with.

Late last week, the Maricopa County Board, which oversees county elections, sent a letter to Fann’s liaison, former Secretary of State Ken Bennett, asking where he wanted to take delivery of the county’s 2.1 million boxed ballots and the ballot-counting machines subpoenaed by Senate Republicans.

The subpoena said the materials were to be delivered to the Senate building, at the state Capitol.

There’s another wrinkle: County officials and former County Recorder Adrian Fontes says that moving the sophisticated election equipment isn’t as simple as putting it in a cardboard box and forklifting it onto a truck. It’s time consuming, they say, and expenses - costing in the tens of thousands of dollars.

Bennett did not respond Sunday to a question Sunday about whether the issue has been resolved.

Who’s paying for this?

The state Senate has agreed to pay a company called Cyber Ninjas $150,000 from its taxpayer-funded budget to lead the audit.

Bennett told me last week that the $150,000 wouldn’t be enough. He expected private donations to make up the balance of the costs and perhaps pay for the Senate’s piece, as well.

The lead fund-raiser is Christina Bobb, a personality on One America News Network, a far-right cable channel that continues to question Biden’s victory.

Bobb fronted a report on the “Arizona Heist,” raising baseless questions about the vote here.

Bobb, a former Trump Administration employee, tweeted last week that she was on to a second round of fund-raising after the first round yielded $150,000.

There is no way to know who is donating money.

Who is Cyber Ninjas?

Cyber Ninjas is owned by Doug Logan. The company does computer security assessments. It has never done an election audit, let alone one of this scope.

Logan has promoted false claims that the 2020 election was rigged. He has been praised by Lin Wood, one of the leaders of the effort to overturn the vote and a $50,000 donor to the Maricopa County audit.

Logan submitted an 11-page “Statement of Work” to the Senate that shows signs of partisanship and is probably impossible, experts say.

Logan’s response: "The big question should not be, ‘Am I biased,’" he said in an emailed statement,  "but ‘Will this audit be transparent, truthful and accurate?’ The answer to the latter question is a resounding ‘Yes.’”

Will audit reveal how you voted?

Auditors plan to hand count all 2.1 million election ballots. Ballots do not identify voters (though some voters do sign their ballots).

One of the more controversial parts of the audit plan involves going door to door in some areas to ask people questions about their ballot, and when and where they voted.

A former East Valley legislative candidate has been leading a voter canvassing campaign. It’s not clear whether that will be connected to the Cyber Ninjas work.

Lawyers have sent a cease-and-desist letter to the four companies that are part of the audit team, warning them that they might be violating state and federal law with these door knocks for voter information.

Cyber Ninjas’ Doug Logan has promoted the falsehood of a ballot undercount in Arizona. He will be examining the Dominion equipment.

Will Dominion step in to prevent that from happening? We don’t know.

This was Dominion’s statement after Logan’s hiring:

"The firms selected to conduct this audit are beyond biased. Publicly available information shows they are led by conspiracy theorists and QAnon supporters who have helped spread the Big Lie. Dominion supports all forensic audits conducted by independent, federally-accredited Voting System Test Labs – but this is not that. Over a thousand independent audits and recounts have taken place across the country since Election Day, and they all demonstrated the accuracy and reliability of our voting systems."

Fann has said the Coliseum will have 24-hour security and the work inside will be livestreamed.

The chain of custody of the ballots still isn’t clear.

On social media, Trump supporters are stoking fears of an alleged “Antifa” attack on the audit site.

Maricopa County elections are run with the participation of the three major parties - Democratic, Republican and Libertarian. All provide observers for pre-election equipment tests, ballot-counting, and post-election tests.

Democratic Party officials are declining to take part in the audit. The fear is that participating would lend credence to a bad-faith effort.

Democratic Secretary of State Katie Hobbs, the state’s top elections official, has said she’s exploring her legal options, but hoped the Maricopa County Board would shut down the audit.

This morning, I wrote the Maricopa County Board of Supervisors, asking them to “do what is necessary to protect our voters and our democracy." If the Senate’s intent was to build confidence in elections they wouldn’t have hired these conspiracy theorists.
Full letter below ⬇️ pic.twitter.com/zWEyOFtOzP

This is the most important question of all.

Initial claims by Fann and other Senate Republicans that a Senate audit would help them write new election bills are now moot. The Legislature isn’t hearing any more bills this session.

The goal of “answering voters’ questions” appears dubious. Many of the questions arose because Trump made unfounded claims for months - and continues to make them - that the election was rigged.

The larger concern is that this audit will normalize a partisan, post-election review in Arizona that has no basis in state elections law.

It was instigated by a slim Republican majority in the state Senate, with a subpoena for all election materials that was approved by a lower-court judge.

In an editorial last week, the Arizona Republic said of the Senate Republicans: “Their conduct post-election has been so nakedly partisan that whatever their audit finds, its results will not be believed.” 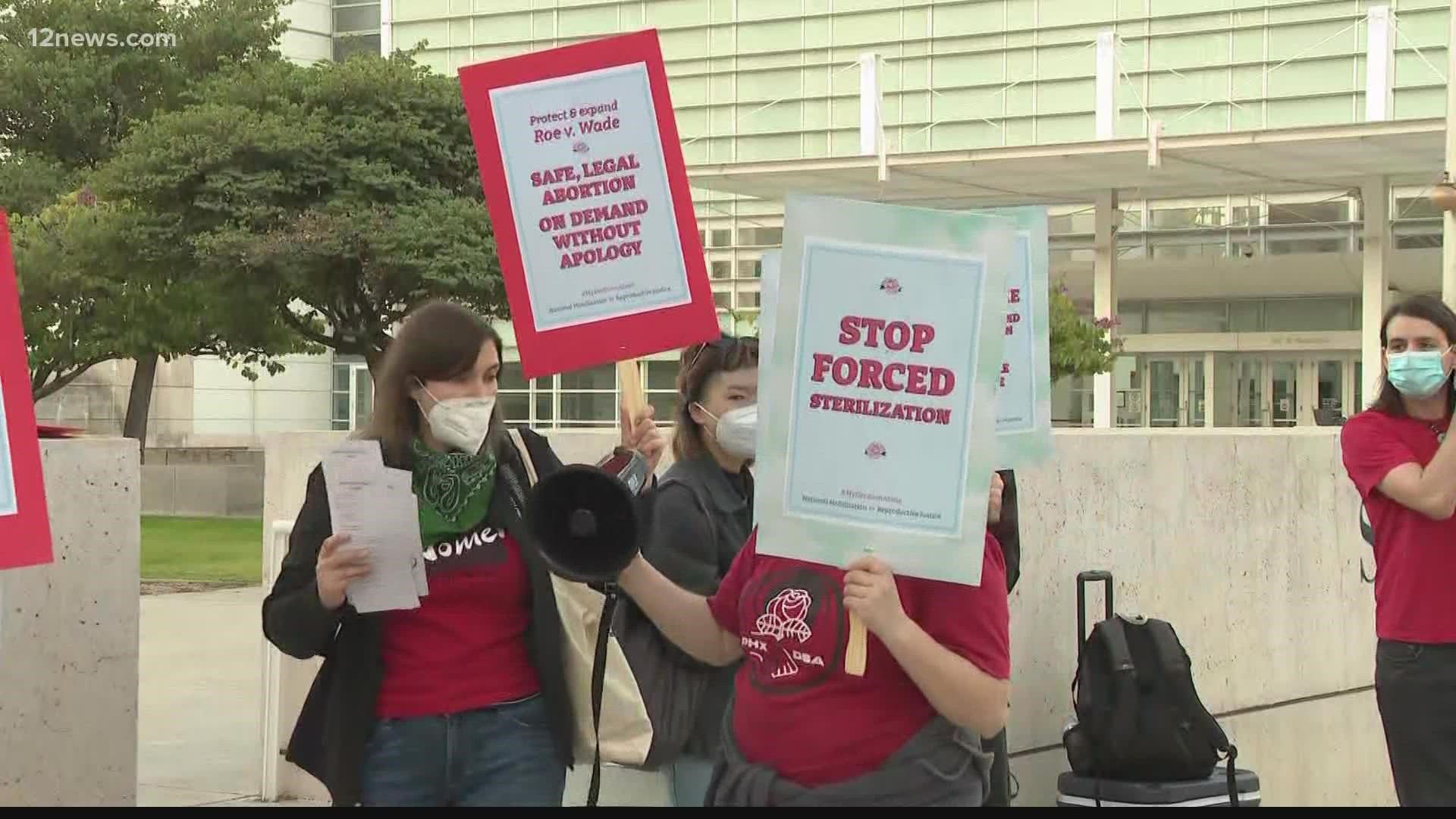