'I think I can make a difference': Joe Arpaio announces run for US Senate

Arpaio announced the news on Twitter where he has already changed his profile picture to a campaign sign. 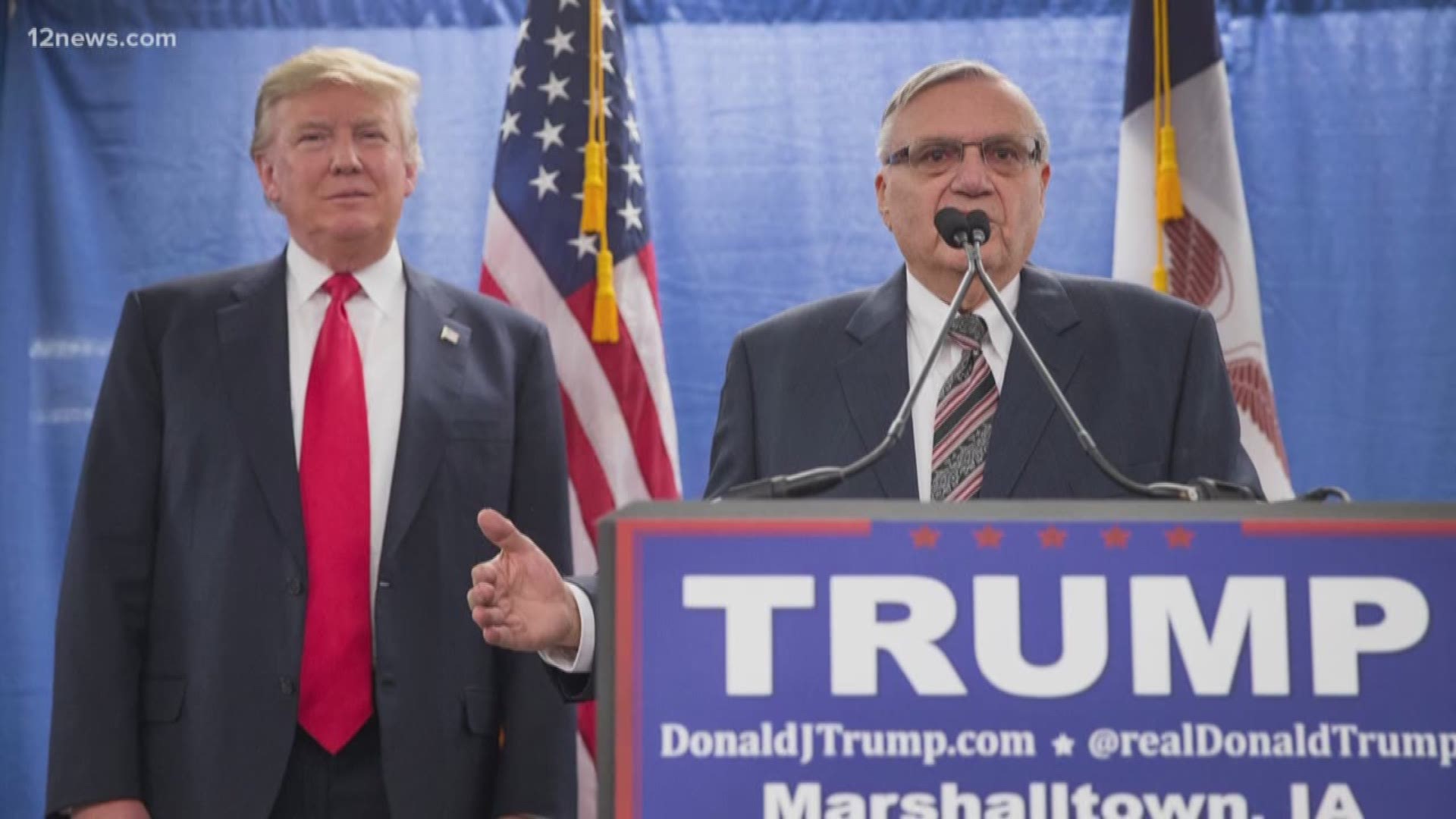 PHOENIX - Former Maricopa County Sheriff Joe Arpaio, who was spared the possibility of jail time by a presidential pardon last August, confirmed to 12 News on Tuesday that he will run for the U.S. Senate seat being vacated by retiring Sen. Jeff Flake.

Arpaio first announced the news on Twitter, where he has already changed his profile picture to a campaign sign. 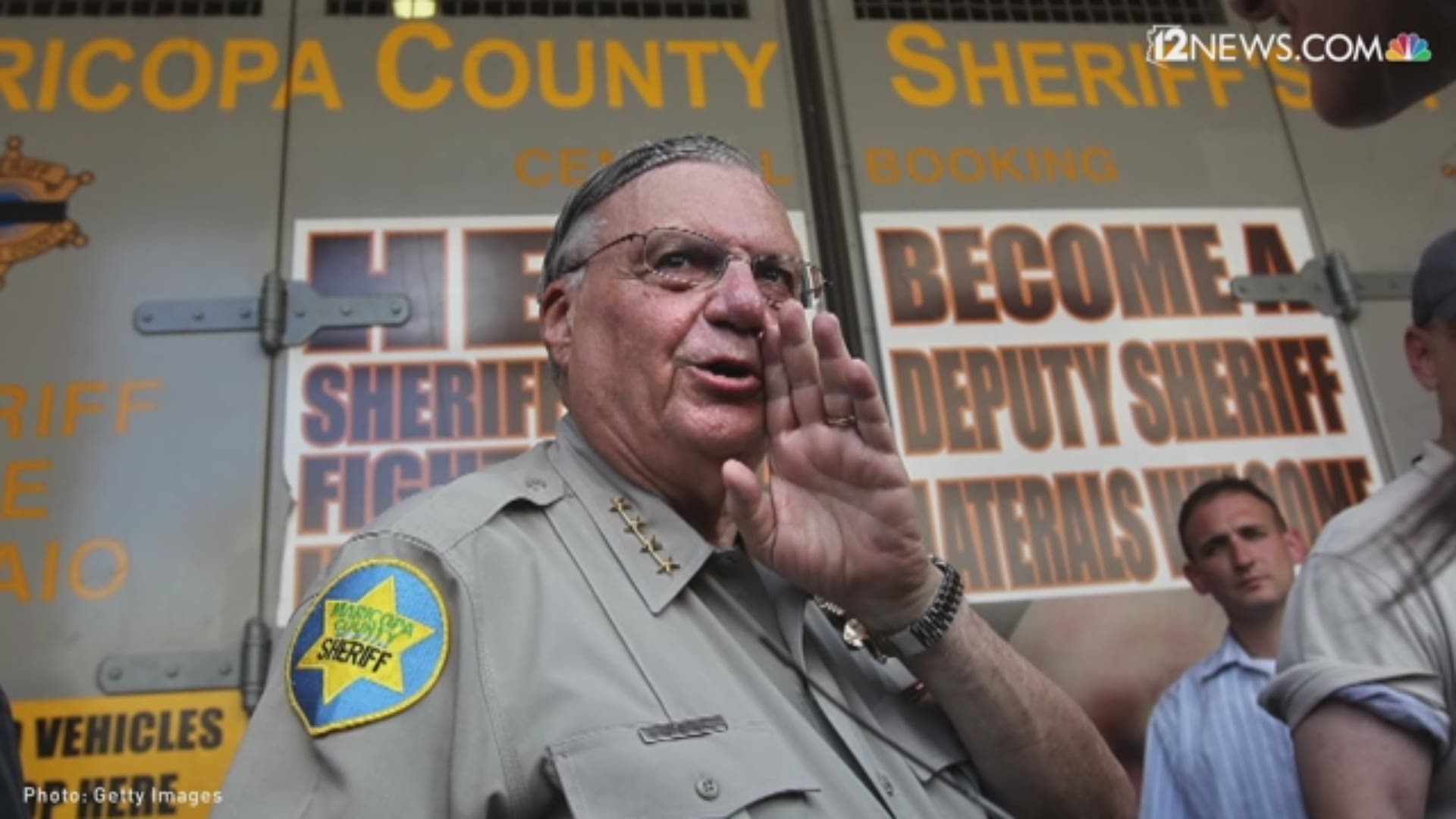 Arpaio, who was soundly defeated in November 2016 in a bid for a seventh term in office, has floated possible runs for governor or senator for years.

I am running for the U.S. Senate from the Great State of Arizona, for one unwavering reason: to support the agenda and policies of President Donald Trump in his mission to Make America Great Again. https://t.co/ANppBdDOtp

Reporters, including myself, had dismissed Arpaio's ambitions as PR stunts. His Senate run appears to be motivated in part by a desire to prove the naysayers wrong.

"You're the guy that said I would never run for office," the sheriff said at the start of our phone interview Tuesday.

Arpaio will be 86 on Election Day, but said his age was an advantage in the race.

"I'm not going down there to spend 20 years as a senator," he said. "I can do what I feel is right and not worry about raising money and campaigning the minute you take office."

"I think I can make a difference. It was big decision to make. Last month was my 60th year of marriage. I had to talk to my wife about this, knowing that it would be very high profile and controversial, but I feel that I have some life left."

Arpaio said he had not told President Donald Trump about his campaign. Arpaio was one of Trump's earliest and most popular endorsers during the presidential campaign.

Trump issued the controversial pardon to Arpaio last August, after the former lawman was found guilty of criminal contempt for intentionally ignoring a federal judge's orders.

Arpaio could have been sentenced to up to six months in jail. The judge in the case has refused Arpaio's request to erase the conviction.

Arpaio enters the race with substantial baggage, from his 24 years in office and the presidential pardon. But he also packs nationwide fund-raising clout and strong support among the Arizona's Republican base.

Arpaio bragged Tuesday that he raised $13 million for his 2016 race for sheriff.

Arpaio's entry into the Senate race comes the same day we learned Republican Congresswoman Martha McSally of Tucson will announce her long-awaited candidacy on Friday, with a trip across Arizona.

"What difference does that make with me? I run my own campaign. Why don't they say that I should make a good candidate."

A Trump endorsement in the race could decide the winner.

Ward has avidly sought Trump's blessing but has been rebuffed.

McSally, viewed as a moderate by the Republican base, has moved closer to Trump in recent months