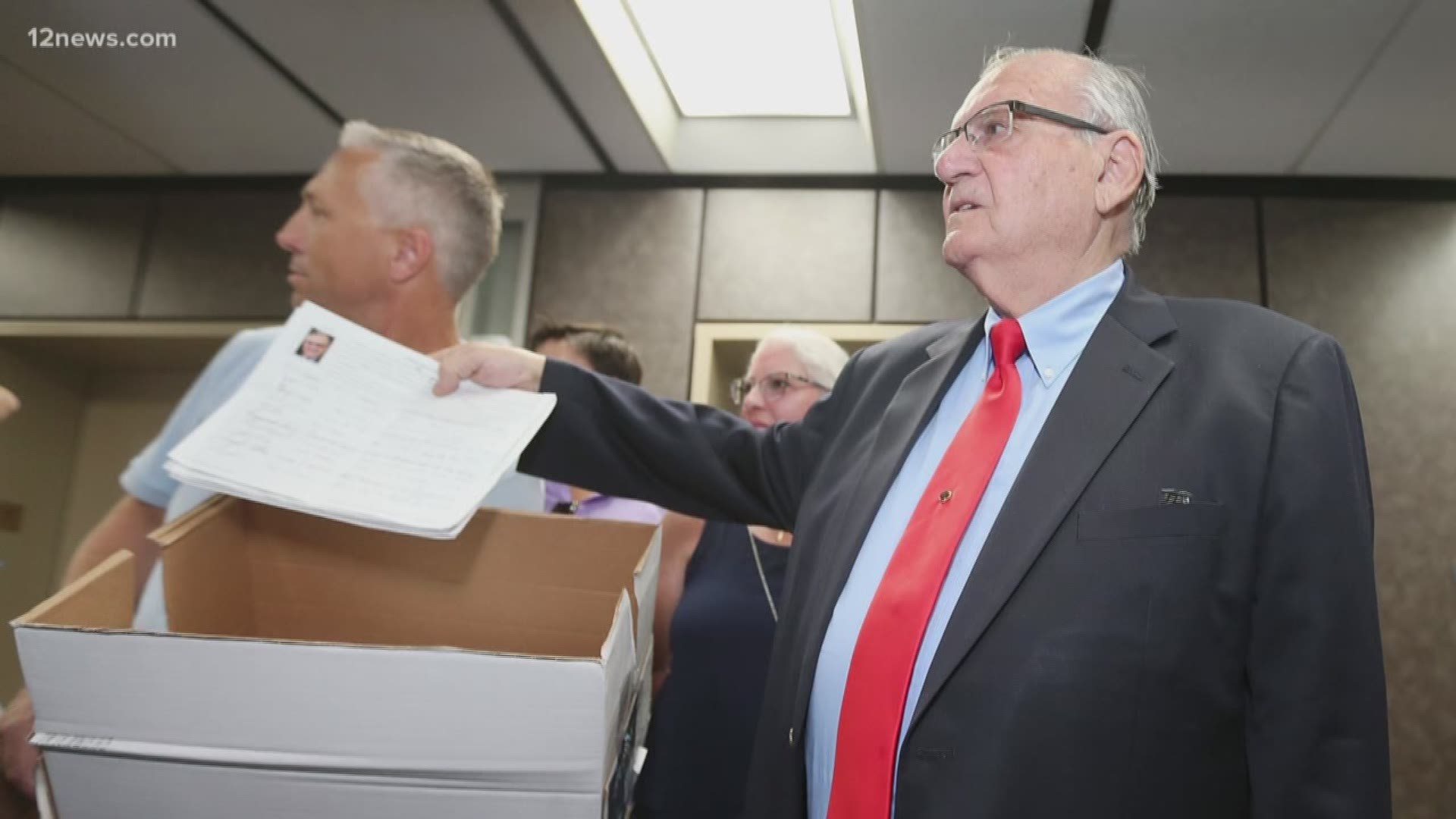 Joe Arpaio wanted to talk about his favorite subject.

Arpaio had just announced he would file petition signatures with the Secretary of State to get on the ballot for the August Republican primary for the U.S. Senate.

Arpaio's answers show he's not prepared to talk about much more than immigration.

How would U.S. tariffs on China hurt Arizona consumers and businesses?

Arpaio: “Let me just say in general terms, I'm not going to get into nuts and bolts about China.”

Could he explain how tariffs work?

Arpaio: “Let's talk about something else...I'm not here to do a basic history to educate you.”

Arpaio: “You expect me to know everything? I'm not even in the Senate yet.”

Does he favor military action in North Korea?

Arpaio: “To save our country and the nuclear problems, yeah…I don't want a nuclear war. believe me… We can do what we've done in other foreign countries. Iran, Iraq, you name it.”

Arpaio kept insisting he wouldn't be a rubber stamp for Donald Trump, the president whose pardon last year kept Arpaio out of jail for a criminal contempt conviction.

Is there's anything Trump has done that Arpaio doesn't support?

Arpaio, after dodging my question and looking for a reporter who might ask something else - but didn’t: “Umm... no.”

Arpaio faces Congresswoman Martha McSally of Tucson and former state legislator Kelli Ward in the Republican Senate primary at the end of August.

The deadline to file petitions to run for office in the August primaries is May 30.