House Jan. 6 committee subpoenas organizer tied to 3 Arizona lawmakers. Here's what we know about their connections 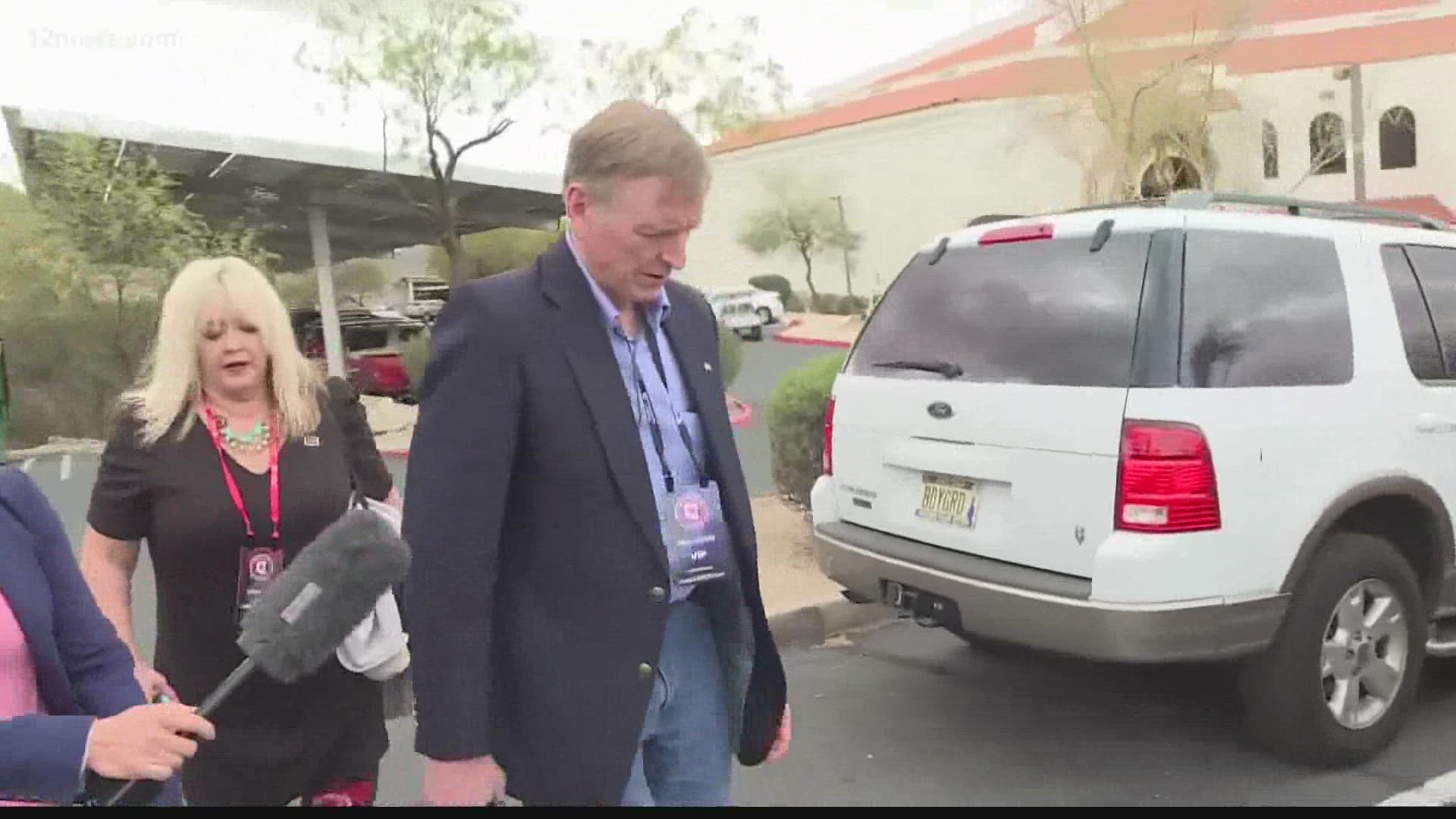 PHOENIX — An organizer of the "Stop the Steal" movement who claims three Arizona Republican lawmakers helped him plan events around the Jan. 6 insurrection has been subpoenaed by the House committee investigating the attack on the U.S. Capitol.

The House select committee is seeking documents from Ali Alexander, a far-right provocateur, and requiring him to appear for a sworn deposition on Oct. 29, according to a letter to Alexander released by the committee last week.

In social media videos and posts, Alexander singled out GOP Congressmen Paul Gosar of Flagstaff and Andy Biggs of Gilbert, as well as Republican State Rep. Mark Finchem of Oro Valley, as people who helped him plan a rally near the Capitol Jan. 6.

Alexander said in a video the goal was to put "maximum pressure on Congress" to block the certification of Joe Biden's victory in the presidential election.

Finchem also spoke at the event and was photographed outside the Capitol as the attack unfolded.

Inside the House, both Biggs and Gosar voted not to certify the results of the Arizona presidential canvass. Biden defeated Donald Trump by 11,000 votes.

A five-month review of the vote in Maricopa County, run and funded by individuals and organizations that have promoted the falsehood that the election was stolen from Trump, produced no evidence to support that claim.

The letter to Alexander, from the committee chair. Congressman Bennie Thompson of Mississippi, says: "An investigation has revealed credible evidence of your involvement in the events within the scope of the (committee's) inquiry."

It notes Alexander's "repeated references to the possible use of violence."

The letter also says Alexander "claimed to have been in communication with the White House and members of Congress."

Here's what we know about Alexander's alleged connections to the three Arizona lawmakers:

'Came Up With Idea With Gosar'

Alexander was a familiar face in Phoenix as Arizona Republican lawmakers searched for ways to overturn Trump's defeat in the days and weeks after Nov. 3.

Gosar hasn't commented on any connection to Alexander. Video from a late November rally outside the Phoenix Convention Center shows Alexander leading Gosar through a crowd.

Alexander claimed in a social media post: "I was the person who came up with the January 6th idea with Congressman Gosar."

Gosar's longtime chief of staff, Tom Van Flein, told ProPublica in a June story that "he kept in regular contact with Alexander while Gosar led the effort in Congress to shoot down the election certification."

In a social media post after the insurrection, Alexander credited Finchem with starting the Stop the Steal movement in Arizona in November.

Text messages released in February show Finchem was in touch with Alexander during the insurrection.

"Arizona started with one man, State Representative Mark Finchem," Alexander said in an interview posted Jan. 10. "He's become a great friend and a brother to me."

Alexander estimated there were up to 50 Arizona Republicans involved in Stop the Steal.

Finchem is now running for Arizona secretary of state, the state's top elections official. His platform is the falsehood that the 2020 election was stolen from Trump.

Biggs' wife, Cindy, spoke at a December Stop the Steal rally with Alexander at Arizona's Capitol. The congressman called in from Washington.

As recently as last week, during a House committee hearing, Biggs insisted "we don't know" who won the presidential vote in Arizona.

Alexander, a felony convict who also goes by the name Ali Abdul Akbar, has virtually vanished since the Jan. 6 insurrection.