The White House placed a late-night call to one of the key officials overseeing Maricopa County's election last year. 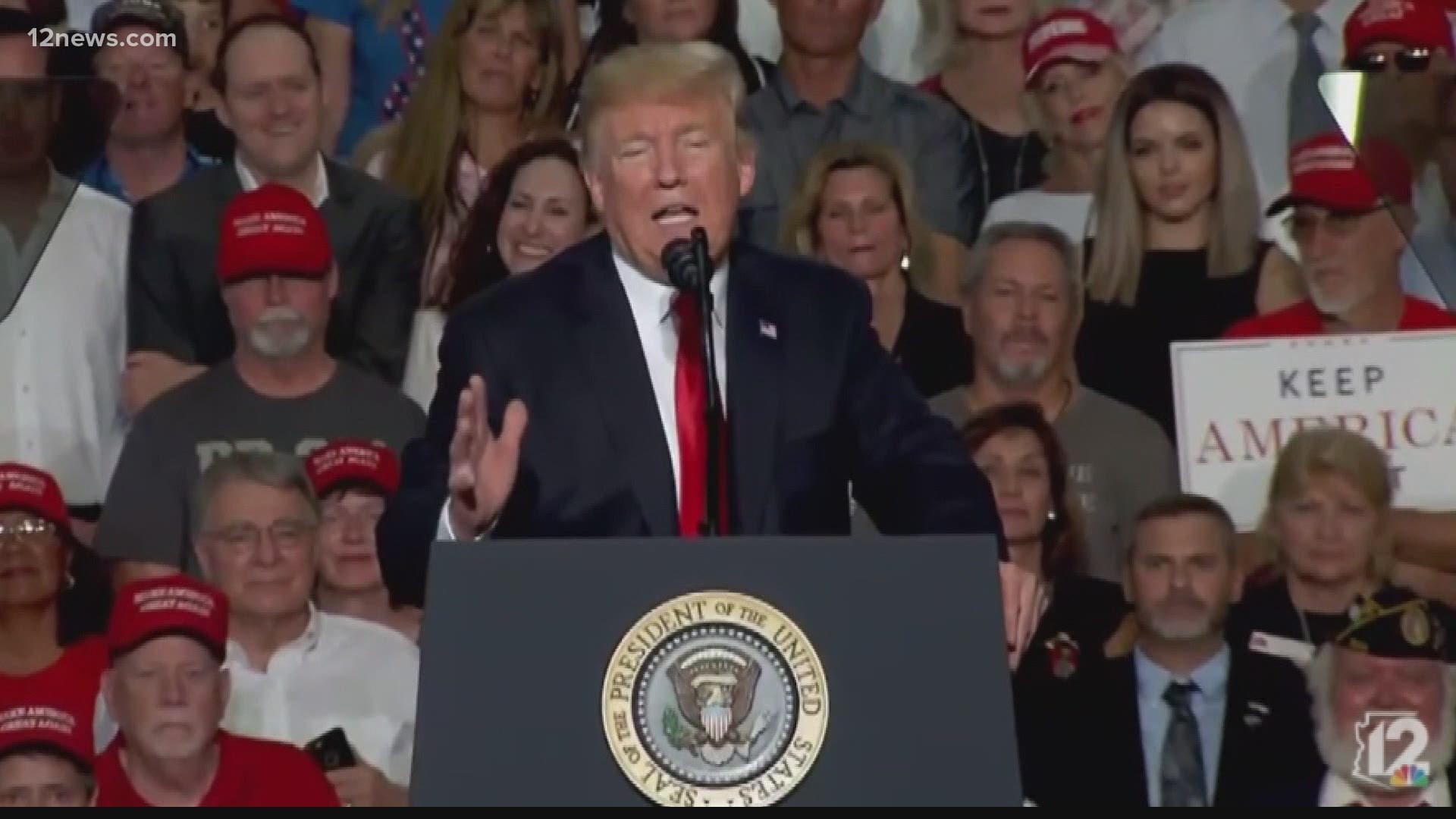 PHOENIX — Arizona Secretary of State Katie Hobbs is calling for a criminal investigation after records showed the Trump campaign and allies pressured Maricopa County officials during the 2020 presidential election.

In a letter written on Tuesday and directed towards Attorney General Mark Brnovich, Hobbs wrote, “I write today to urge you to investigate and take appropriate enforcement action against potential violations of Arizona’s election laws.”

New information first reported by the Arizona Republic showed that the White House placed a late-night call to one of the key officials overseeing Maricopa County's election last year where Trump suffered a narrow but historic loss.

At the same time, records show Trump allies making calls to election officials in Georgia where President Joe Biden made a stunning comeback to flip the state for Democrats.

Those two Trump calls were the culmination of an intense pressure campaign by Trump and his allies to halt or reverse the county election results, according to voice mails and text messages for Maricopa County supervisors that were obtained by 12 News under a public records request.

Hobbs, a Democrat who announced her gubernatorial bid for Arizona, urged an investigation into any person who “knowingly interferes in any manner with an officer of such election in the discharge of the officer’s duty.”

Arizona law bars any "interference" with or "corruption" of an election official. The crime is a felony offense.

Brnovich, a Republican currently running for the U.S. Senate in 2022, has not responded to a request for comment.