Some of the 15,000 Haitian migrants at the U.S.-Mexico border are getting help from an aid shelter in Tucson. 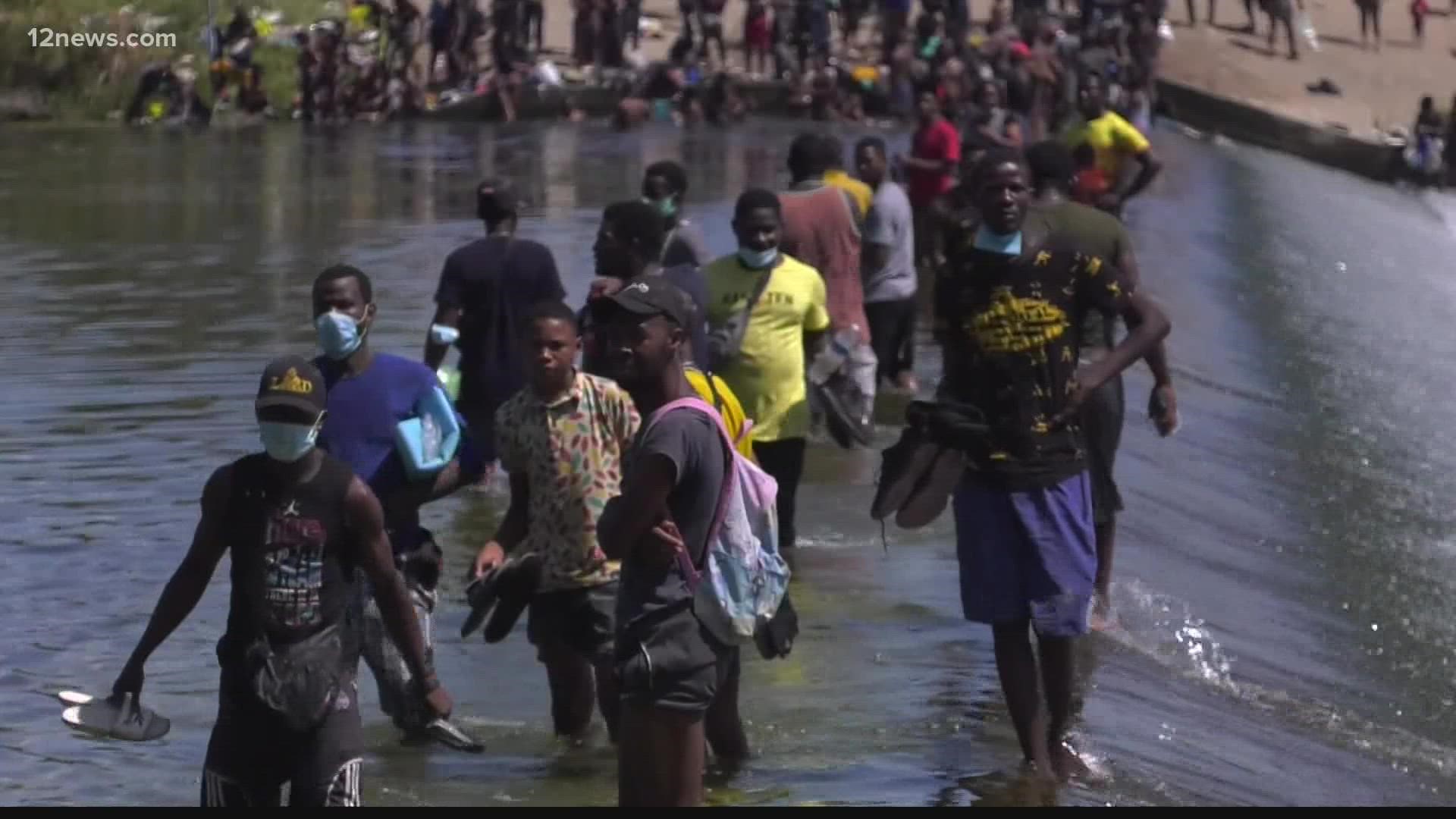 The number of Haitian migrants camping under a bridge at the Texas-Mexico border waiting to seek asylum has slowly decreased as some have returned to Mexico, been deported in planes, or been allowed to stay in the U.S and continue their immigration proceedings.

Tucson’s Casa Alitas, an aid shelter for migrants, began to receive Haitian families after they were processed by agents.

“I know that they are being directed to sponsors in Tucson [to] families willing to take them in,” said Anna Ducote, head coordinator at Salvavisión, a non-profit that aids and supports asylum seekers in Tucson and Sasabe, Sonora, Mexico.

Ducote said they have not helped any Haitian migrant families at their Sonoran help center, but they do work closely with Casa Alitas and the International Rescue Committee, which usually receives and houses families seeking asylum in Phoenix.

“They are just so broke. They are just so tired,” Ducote said about people who they have helped in the past. “All they are looking for is hope, for someone to bring them in and to be turned away with no due process, so forcefully, it’s just so ugly, it’s really heartbreaking to see.”

At one point, more than 15,000 mostly Haitian migrants converged on a border bridge in Del Rio, Texas where food and resources were scarce - prompting families to cross over the Rio Grande.

But as families tried to make it back to the encampment with food on their hands, they were greeted by Border Patrol agents on horsebacks, who tried to turn them back to Mexico.

A video posted on social media shows an agent swinging his horse’s long lariat close to a migrant’s face.

The El Paso Times also reported an agent swung his whip and charged his horse at people trying to cross and shouted “Let’s go! Get out now! Back to Mexico!”

It’s unknown if that agent is the same one from the other incident.

On Tuesday, Department of Homeland Security Secretary Alejandro Mayorkas told members of the Senate Homeland Security and Government Affairs committee he was horrified by the images and called for an investigation.

“We do not tolerate any mistreatment of abuse of a migrant, period,” Mayorkas stated.

On Twitter, he went on to say the agents who are being investigated “are on administrative duties currently. They are not executing their other law enforcement duties and they are not to be interacting with other migrants at this time during the pendency of the investigation.”

"It’s disgusting, this is not how we treat anyone, citizen or noncitizen,” said immigration attorney Soulmaz Taghavi, who recently took up pro bono cases helping Afghanistan refugees.

Since 2010, Haitian migrant has increased following natural disasters, the recent assassination of the country’s president and the Biden’s administration extension of Temporary Protective status to Haitian migrants might have contributed to the influx of people arriving in Texas, Taghavi said.

“There’s a lot of work that needs to be done and I’m hoping that his administration can rise to the occasion,” she added.