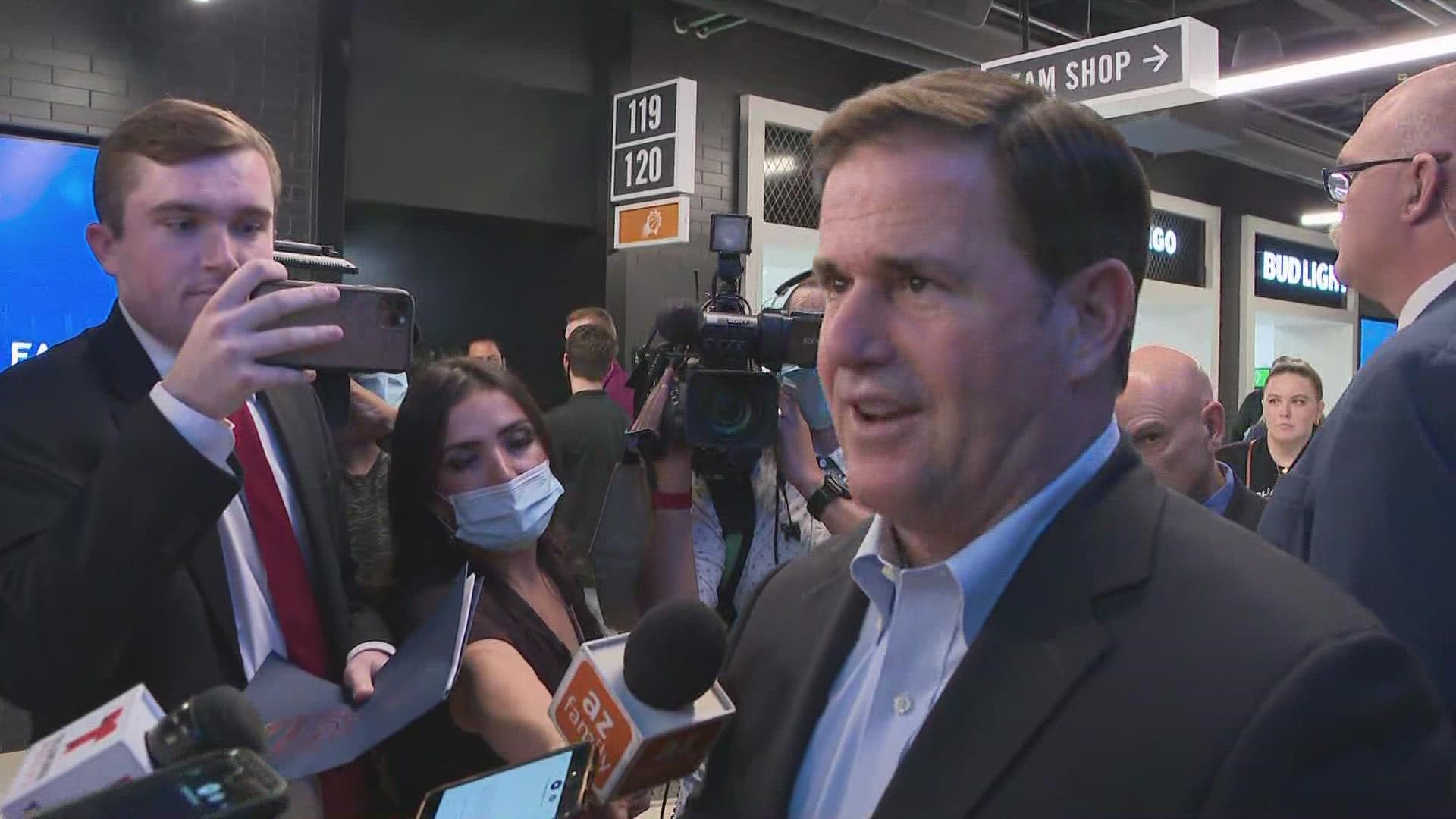 PHOENIX — Gov. Doug Ducey is threatening to push back against the White House's plans to require large companies to implement vaccine mandates for their employees.

At least 100 million Americans could be affected by President Joe Biden's new policy to force companies with more than 100 employees to carry out vaccine mandates.

And Ducey doesn't want companies in Arizona to be told what to do by the Biden administration.

Shortly after  Biden made his announcement on Thursday, the governor condemned the nationwide mandate as an act of "overreach" and accused Biden of "politicizing" the pandemic.

"People don't want them hammering down on them to get this vaccine," Ducey said. "This requires pushback and a response and that's what the state of Arizona is going to do."

Ducey did not elaborate on how his administration will attempt to thwart Biden's policy, but told reporters, there's more to come.

In a release sent Friday afternoon, Gov. Ducey stated he will pursue "all legal and administrative actions" to stop Biden mandates. Here's more of the statement:

“Yesterday, Americans watched an angry and desperate President Biden attempt to change the subject following his irresponsible and dangerous withdrawal from Afghanistan⁠. Rather than fielding questions about that, he decided to instead wage a domestic war ⁠— a war on our Constitution. President Biden took an oath to uphold the Constitution, and now he’s looking to shred it"

The governor admitted more citizens should get vaccinated but insisted that Biden's nationwide mandate was not the best method to raise the country's vaccination rates.

Ducey went on to call the mandates "dictatorial" and vowed to maintain the state's independence from Washington D.C.

"Governors don't report to Joe Biden," Ducey added, "...and Joe Biden has stepped out of his reach."

"This would be a devastating step toward the nationalization of our healthcare systems and private workforce, and greatly erode individual liberties," Brnovich said in a statement. "I am reviewing his outrageous actions and will take all legal recourse to defend our state’s sovereignty and the rights of Arizonans to make the best healthcare decisions for themselves."

RELATED: Where is Arizona in its fight against COVID-19?