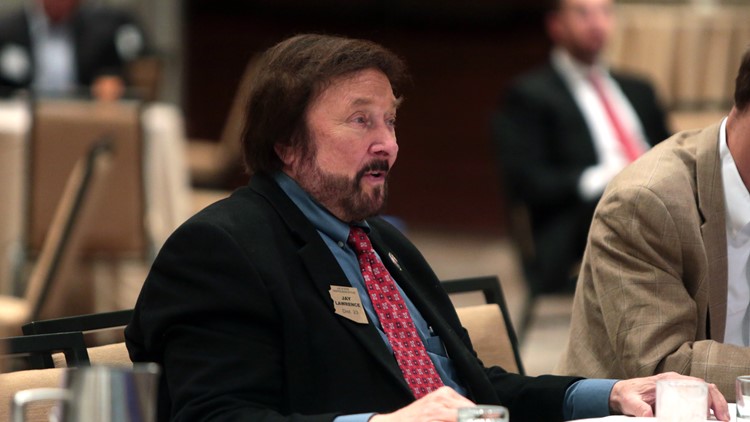 PHOENIX — Arizona's largest science museum has taken down a video narrated by a Republican state lawmaker after he made disparaging comments about African-American and Latino residents.

The Arizona Science Center in Phoenix removed the video of State Rep. Jay Lawrence of Scottsdale from a display titled "Many Hands Make a Home," saying it was "deeply sorry" for his inclusion.

The decision came after an email campaign last weekend spurred by Nicholas Martin, a fourth-grade English teacher in the Deer Valley Unified School District, who saw the display and posted this on Facebook:

"This isn't against the Science Center at all," Martin said in an interview. "They do such amazing work with the community."

Martin said the museum does a lot of work with schools whose children come from low-income families, many in minority communities - the kinds of communities Lawrence disparaged.

"They do so much work with Title 1 schools," Martin said. "They send you home with bin after bin of resources, they will even fund school buses to the museum."

Lawrence told a March for Our Lives forum on gun safety in late August that "black and brown communities ... are better armed than the police officers who are supposed to be controlling them. They have firearms galore."

When he was contacted by reporters a week after the forum, Lawrence conceded his comments were "too much."

"In order to make a point, you may say things out of context," Lawrence said.

After initially declining to comment for this story, Lawrence provided this statement Saturday night through a House Republican spokesman:

"I apologize for my comments at the March for Our Lives event last month. I shouldn’t have singled out specific communities while discussing the challenges that law enforcement face as they combat gangs and organized crime in our state. I certainly didn’t intend to denigrate or offend anyone, and I sincerely apologize for my poorly worded comments. I’m glad that this incident has taught me to choose my words more carefully in the future.”

A Science Center spokesman told 12 News it had received several emails from visitors who had seen the display with Lawrence's video and "expressed their dismay for Mr. Lawrence's comments."

Martin said he organized the email campaign by messaging Facebook friends, many of them educators, with suggestions on what to say.

In her emailed response, the Science Center's public relations manager, Heather Zielinski, said she was "deeply sorry" for Lawrence's inclusion in the display, "especially following the troubling statements he made at a recent forum on gun violence."

The email went on:

"We pride ourselves on an unwavering commitment to equity, ensuring that all young people can learn and thrive in safe, inclusive, and welcoming environments, no matter their background."

Lawrence's "remarks are antithetical to the Science Center's core beliefs and stand in stark contrast to each staff member's efforts to realize equitable outcomes for all of Arizona's young people, especially those from our most underserved and marginalized communities."

The Science Center is one of Arizona's top five arts, science and culture destinations, with 400,000 visitors a year, most of them schoolchildren.

Zielinski said in a telephone interview Thursday that visitors to the "Many Hands Make a Home" display saw Lawrence's head in a video monitor above the body of a mannequin.

Lawrence recorded a description of the kinds of professionals people might meet while building a home.

Science Center spokesman Brian O'Malley said the display was installed 15 years ago. It was sponsored by Home Builders Care Arizona, a non-profit connected to the Home Builders Association of Central Arizona.