Doctors said that the operation was successful and his wife, Rosalynn, is with him. 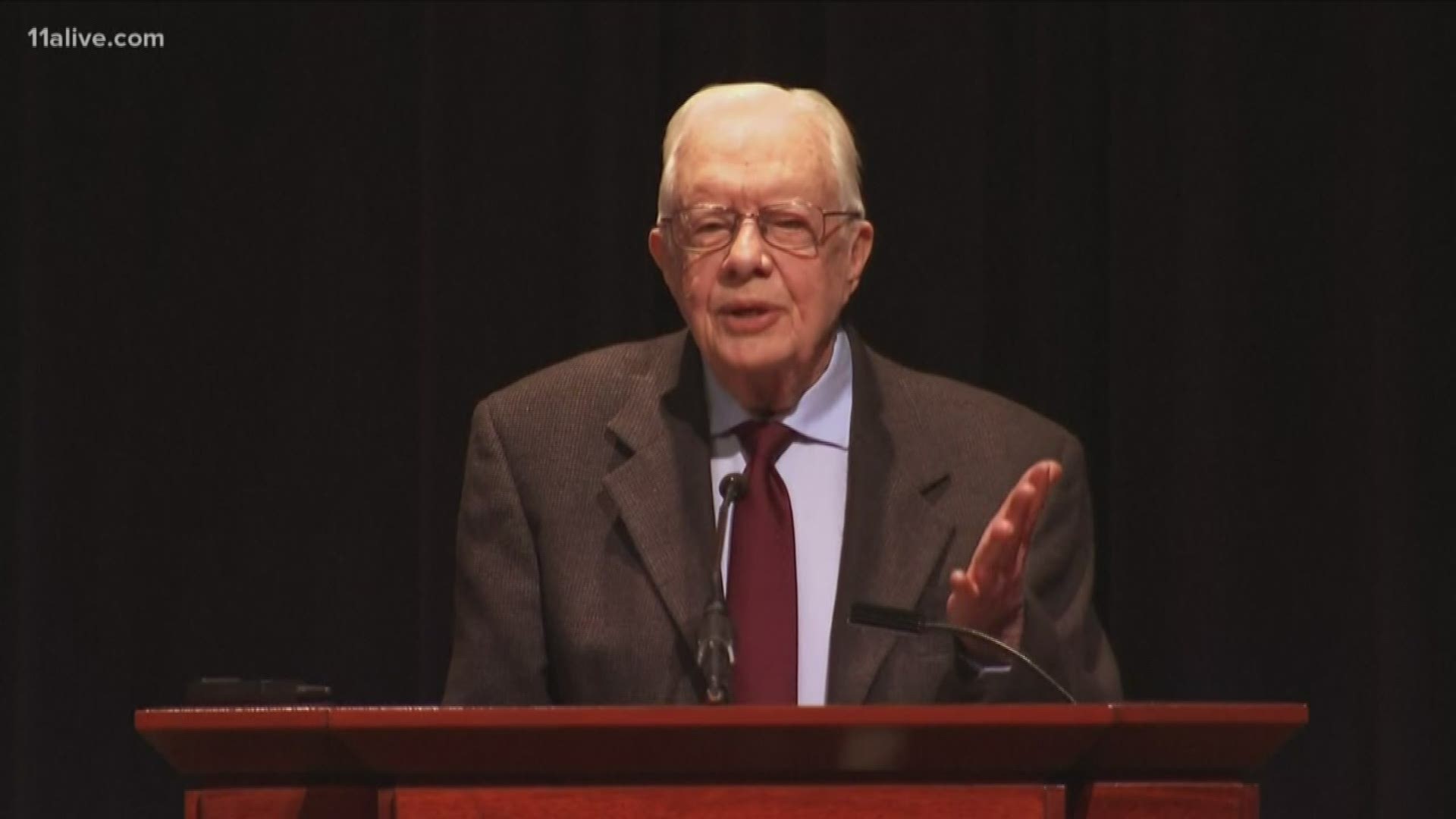 Former President Jimmy Carter recovering after having surgery for a broken hip.

According to The Carter Center, the former president was leaving his home in Plains, Georgia to go turkey hunting Monday morning when he fell.

He was taken to Phoebe Sumter Medical Center in Americus, Georgia for surgery. Doctors said that the operation was successful and his wife, Rosalynn, is with him.

It appears that Carter is in good spirits. The Carter Center said his main concern is that turkey season ends this week and he hasn't reached his limit. The former president hopes that the state will let him roll over the unused limit to next year.

President Donald Trump tweeted that he hopes Carter has a speedy recovery.