A witness in the David Stringer investigation says he shared disturbing views of adults having sex with children. Stringer quit last week after reports he was charged with paying teenage boys for sex. 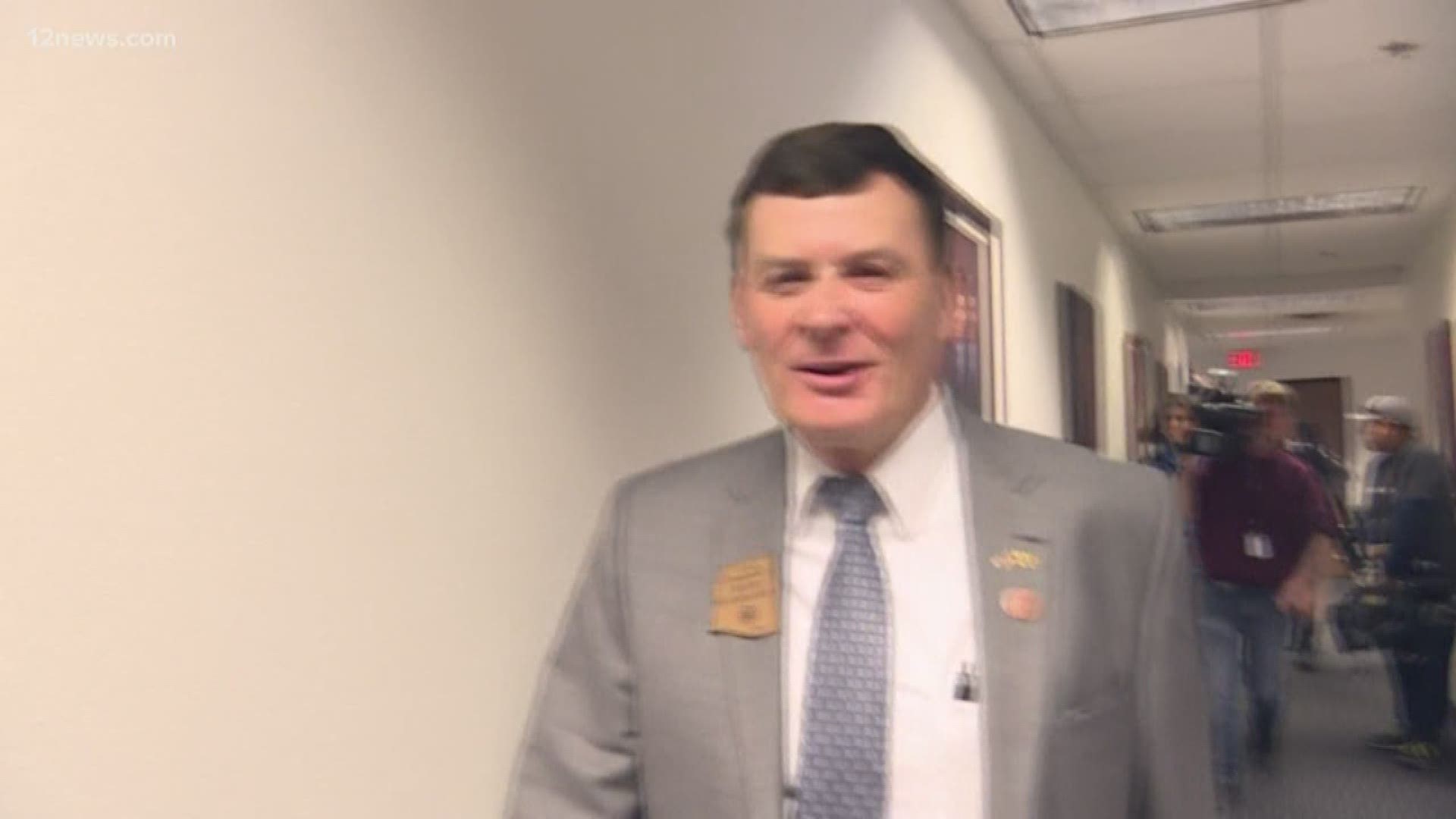 The 71-year-old former state representative quit last week before House Ethics Committee investigators revealed that he was accused of paying for sex with teenage boys in the 1980s in Baltimore. Stringer had faced likely expulsion from the House.

The new documents are summaries of investigators' two dozen interviews with people who had direct contact with Stringer over the last few years. He was first elected to the House in 2016.

The interviews are consistent: Most witnesses shared Stringer's racist statements.

But one witness painted a horrifying picture of a man who allegedly doesn't believe children are harmed by sex with adults.

In May 2018, Stringer invited an activist named Merissa Hamilton to join him at a Republican event in Prescott.

Hamilton told House Ethics Committee investigators she suggested Stringer ask the speaker a question about child-sex trafficking. His response: "I don't like to demonize it."

Hamilton livestreamed the event on her Facebook. Stringer can be heard responding to her question with a chuckle: There are "a lot of 15-year-old prostitutes."

Later at that Prescott event, Hamilton told investigators, she asked Stringer to clarify whether he thought there was no "damage" caused by child sex trafficking.

According to Hamilton, Stringer responded that he didn't think there was any damage. Hamilton said Stringer continued:

Hamilton says she told Stringer he was wrong. His response: "We can agree to disagree."

Another witness, a community organizer and former nun named Rosemary Agneessens, shared with investigators this comment from Stringer: "I like being a daddy figure for the little girls when they sit on my lap."

At the time, Stringer was a teaching intern for third- and fourth-graders at ASU Preparatory Academy in Phoenix.

"We were stunned," Agneessens wrote in her notes on the meeting with Stringer.

"If DS was just talking, his comment is of great concern. If he actually did that in the classroom, the supervising teacher would have had to say something to him directly, and if it continued, it would have to be reported."

12 News has reported that Stringer, who has an Arizona law license, got a master's degree in education from Arizona State University in 2018 and has a fingerprint clearance card to teach in Arizona schools.

Stringer and his lawyer did not respond to requests for comment.

On Wednesday, former state Senate President Steve Pierce, a Prescott Republican, was sworn in to replace Stringer in the House.

The Yavapai County Board made the appointment. Pierce has said he will serve until the end of Stringer's unexpired term in 2020 and not run for the seat.