The law would allow a manslaughter charge if any adult provides advice or encouragement that a minor uses to take their own life. 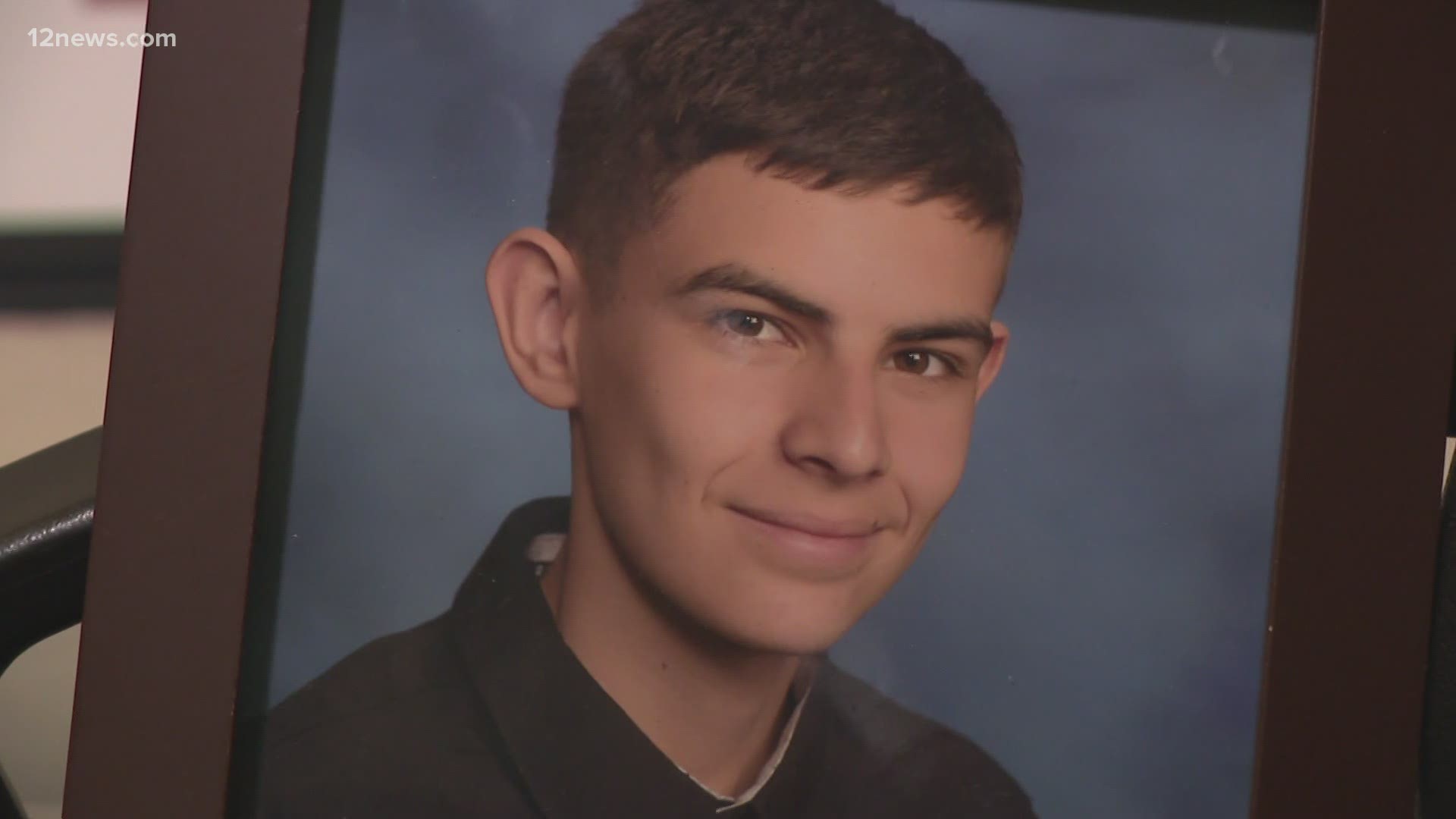 PHOENIX — With a swipe of the governor's pen, Paolla Jorden felt relief and hope after almost two years of fighting that children's lives may be saved.

The governor signed HB 2459 into law Wednesday. The law would make it manslaughter if any adult provides advice or encouragement that a minor uses to take their own life.

"There are predators on the internet," Gov. Doug Ducey said after signing the law.

It's something Paolla knows too well as she stood with the governor.

In 2019, her son Adrio Romine took his own life while visiting family in Oregon.

Adrio's death caught Jordan by surprise. It wouldn't be until a notification popped up on her son's phone after his death that what happened became more clear.

“It said I hope you find the peace you are looking for, and so I swiped up on the phone and that’s where I found the dialog,” Jordan said.

What she found was a conversation going back more than a month between her son and a stranger on Reddit.

Jordan said her son and this other user confided in each other about their suicidal thoughts - at times they discussed exactly how they would do it and even give advice.

Adrio under the screen name "thechosenbean1" asked, "A 9 mm too small?" The other user replied, "9 mm is pretty standard. It'd work if you used that."

Later, Adrio asked the user, "Any size gun too small to kill?" and the account replied, "A pellet gun or airsoft gun definitely won't do it," as if to make sure he didn't use the wrong weapon.

Jordan asked multiple police agencies to investigate and  try and find the man on the other end of the messages. However, officers would tell her there was nothing they could do.

There was no law broken.

"The amount of conversation he had in grooming a vulnerable young person to commit suicide and then to have no accountability is a true travesty of justice," Ducey said.

"There is no law in the United States that prohibits an adult to talk to a minor and instruct or encourage them to die by suicide," Jordan said.

Or, there was no law.

Jordan worked with Rep. Jeff Weninger to craft the legislation to make those encouraging or advising minors to take their own lives to be able to be charged with manslaughter.

The measure passed both chambers without a single no vote.

"It means a lot because they listened," Jordan said. "I know that my son was with me. I believe he would want this."

The bill contained an emergency clause that allowed it to go into effect as soon as Ducey signed it on Thursday.

Jordan said her next steps are to try and make this a federal law.