Family of Mesa mom facing deportation vows to fight for her

Garcia's two children were by her side at ICE on Wednesday. 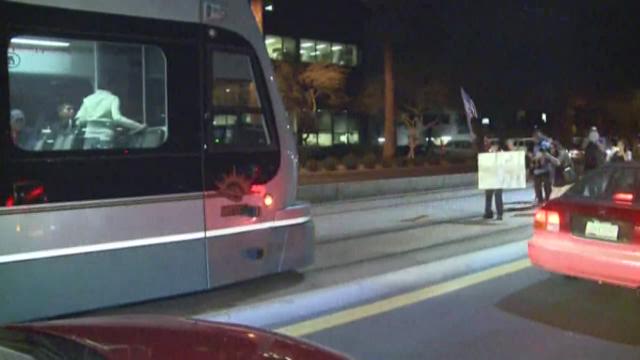 PHOENIX - Valley mom Guadalupe Garcia de Rayos, 35, who was detained during an immigration check-in Wednesday, could be back in Mexico Thursday.

Her detention sparked a sea of protests outside of the Immigration and Customs Enforcement Headquarters in Phoenix Wednesday.

Garcia's two children, 14-year-old Jacqueline and 16-year-old Angel, were by her side at ICE on Wednesday.

Her daughter spoke to the crowd saying, "This is very injustice because my mom is a very kindhearted person."

"She has always worked to try to give me and my brother a great education so that we can live on and have a great career."

Angel thanked the protestors for their support.

"My mom did nothing wrong," he said. "She simply just wanted a better future for her kids. My mom is not a criminal."

Garcia was ordered deported during an immigration check on Wednesday. An ICE spokeswoman confirmed Garcia had been detained.

Garcia was convicted of felony identity theft in 2009 for working at the Golfland Sunsplash in Mesa. Her arrest was part of a series of workplace raids by former Sheriff Joe Arpaio. 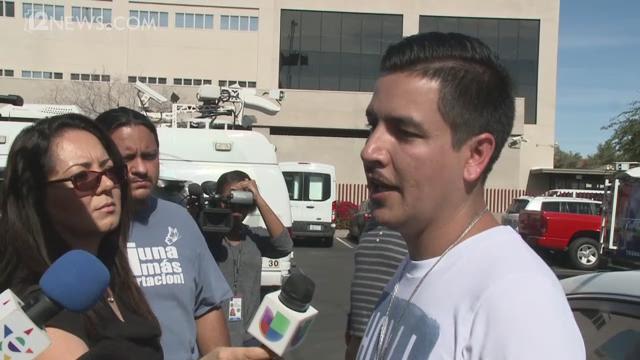