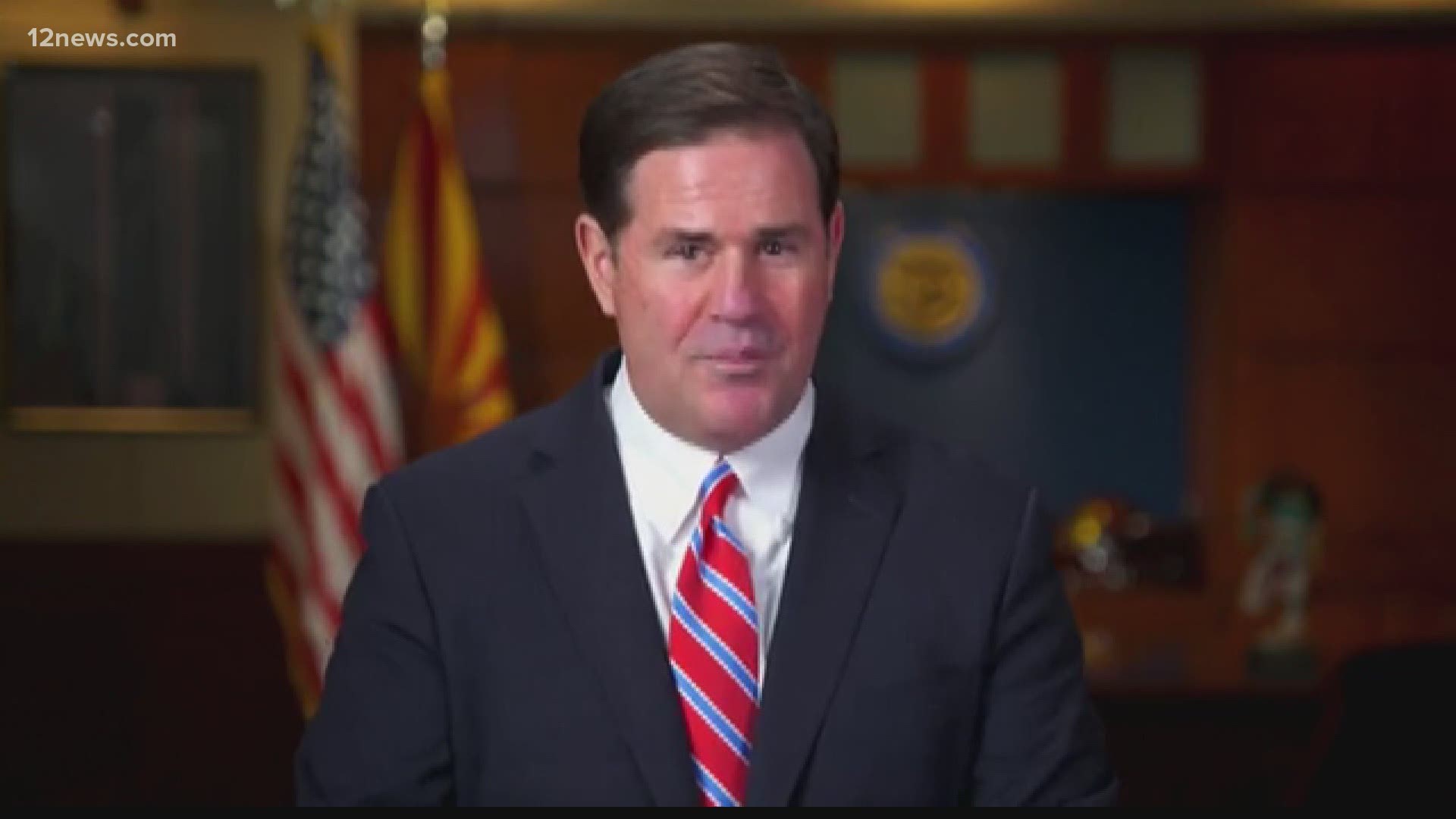 PHOENIX — Governor Doug Ducey's office said that thanks to his so-called "flat tax," "the average taxpayer" will pocket an average of $350 a year.

So we did a fact check. What's really in it for you?

How the tax cut works

Late last week, the Republican-controlled Legislature approved the largest tax cut in state history. Ducey's flat tax is the driver of that tax cut, which would remove $1.5 billion from the state general fund by 2024.

A governor elected seven years ago on a pledge to cut income tax rates to as close to zero as possible is getting awfully close to zero.

Within three years, the flat tax will compress Arizona's four tax rates into two. A 2.5% rate for an estimated 95% of tax filers and a 4.5% rate for high-earners.

One of Ducey and GOP lawmakers' goals with the tax overhaul is to blunt the tax impact of Prop 208 on high-income earners.

The new 4.5% top rate wraps in a 3.5% income tax surcharge assessed by the voter-approved Proposition 208, which created a new revenue stream for K-12 education.

Under the existing tax code, high earners would have had to pay the 3.5% surcharge on a portion of their taxable income, in addition to the 4.5% income tax.

The Legislature passed a separate bill last week that would give certain business owners a break on paying the surcharge, which would shrink the new K-12 revenue stream by an estimated 25%.

We're fact-checking this statement in a news release Friday from the governor's office:

"The average taxpayer will receive a 13% income tax reduction, saving about $350 a year."

It's mathematically correct to say the "average saving" for Arizona's more than 3 million tax filers is $350.

But it's misleading to suggest the "average taxpayer" will get that tax cut. 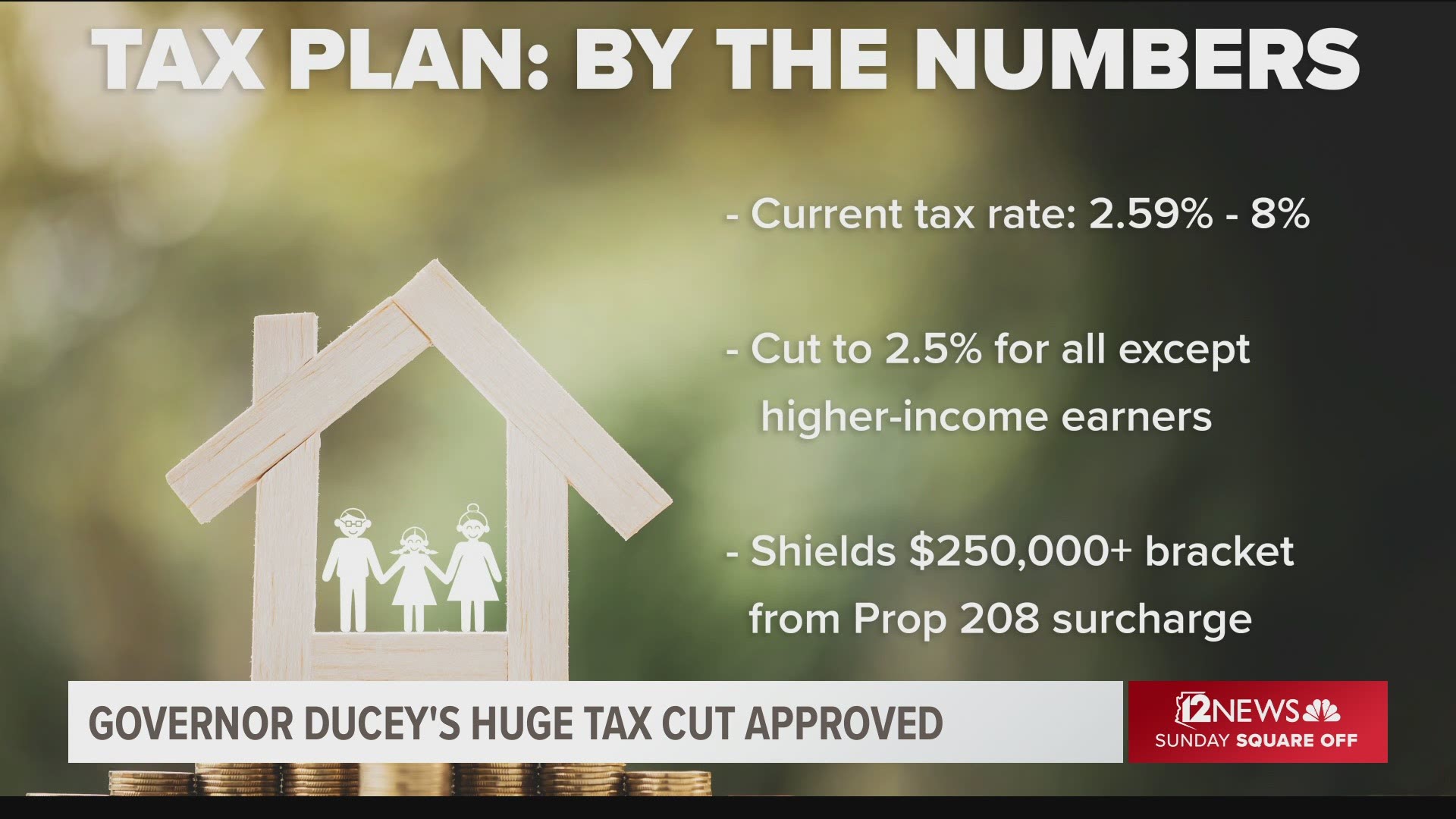 Why the 'average' saving is misleading

Data from the Legislature's own budget analysts showed huge savings for wealthy Arizonans are inflating the savings for the "average taxpayer."

A taxpayer would have to report taxable income of more than $100,000 a year in order to save $350 on a tax bill, according to the Joint Legislative Budget Committee.

The tax saving for these "average taxpayers" will range from $2 to $96, nowhere near the governor's average, according to JLBC data.

At the top of the income ladder, the 1,000 wealthiest Arizonans, with taxable income of more than $5 million, will save an average of $5,096.

Gov. Ducey, a former Cold Stone Creamery chief executive who made millions when he sold the company in 2007, is expected to sign the tax cut legislation into law this week.

The governor is termed out of office in 2022. He hasn't disclosed his next step in politics.