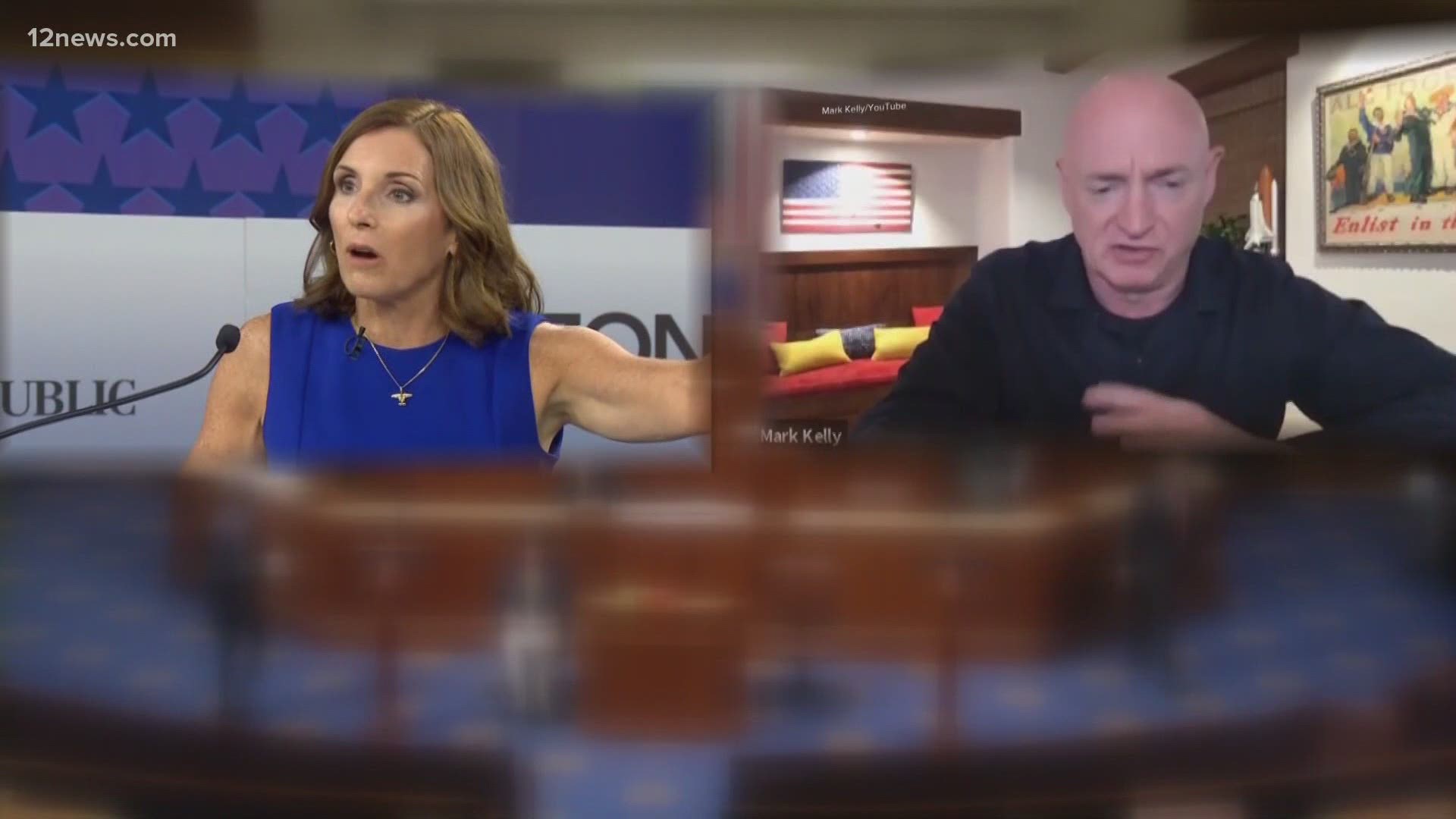 In Arizona and around the country, legislators have taken action to protect consumers.

Now the issue is surfacing in the U.S. Senate race between Republican Sen. Martha McSally and Democratic challenger Mark Kelly.

A McSally campaign ad links Kelly to a company that the ad claims engaged in surprise billing.

The ad indirectly raises patients' rights issues that the election winner might have to deal with in the Senate next year.

Here’s the claim we’re checking in this ad:

"Kelly served on the board of a medical transportation company that engaged in price gouging and surprise billing."

This claim appears to be based on a news report out of Massachusetts in December 2018. A family was shocked by a $475,000 bill after using an air ambulance in June 2018 that was operated by Scottsdale-based Angel MedFlight.

Kelly’s 2019 financial disclosure filed with the U.S. Senate showed that he served on the company's board of directors during that time frame, from 2016 until he announced his Senate run in early 2019.

In 2018, according to the disclosure, Kelly was paid $20,000 for consulting. The financial disclosure indicates he was paid more than $5,000 in preceding years.

At the time the story was written two years ago, an Angel MedFlight executive said the company was negotiating with the family’s insurer and would not demand payment.

In statement to 12 News on Wednesday, Angel MedFlight said:

The patient did not incur any out-of-pocket expenses. The insurance plan eventually paid the allowable amount as defined by her insurance plan.

The rates were included in the transport agreement with the family. And the flight was pre-authorized by the insurance carrier.

We consider the matter closed.

Kelly: 'Nothing to do with billing'

In a statement to 12 News, the Kelly campaign said his role at at Angel MedFlight “had nothing to do with billing practices.”

Kelly is a retired astronaut and former Navy combat pilot.

The Kelly statement goes on:

He provided his expertise as a pilot to provide input on aircraft operations, flight safety and air crew qualifications and staffing, as well as his personal experience dealing with a health care crisis that required this sort of emergency medical transportation.

Kelly's wife, former Congresswoman Gabby Giffords, was transported by air ambulance to medical facilities after her near-fatal shooting in 2011.

The person criticizing Kelly in the ad is labeled as “Dr. Mo Greene, Oro Valley, AZ.”

Dr. Harry “Mo” Greene II is a 78-year-old retired primary care physician who is running for the Town Council in Oro Valley, near Tucson.

Greene is a former chief executive officer of the Massachusetts Medical Society, publisher of the prestigious New England Journal of Medicine.

Air ambulances have escaped state regulation because they fall under federal aviation law.

“An air ambulance is one of the most important health care services you can possibly have because it could save your life,” said Chuck Bell, programs Director for the advocacy division of Consumer Reports.

“If  they have no contract with your health insurance company… you are at their mercy for whatever they seek to charge you.”

Many of the billing disputes ended up in court. Federal Court records show that Angel MedFlight has filed two-dozen lawsuits against health insurers over the last five years, seeking reimbursement for bills that can total six figures.

Thirty-two state insurance commissioners--Arizona’s was not among them--urged Congress late last year to regulate the industry in pending legislation that would rein in surprise billing.

“We certainly hope that air ambulance protections will be included in that,” Bell said.