Executions for abortion? Arizona bill would treat procedure as murder, but backlash is growing

GOP lawmaker says 'it's perfect.' Pastor who worked on bill said women should get death penalty. But top prosecutor and leading abortion opponent come out against it 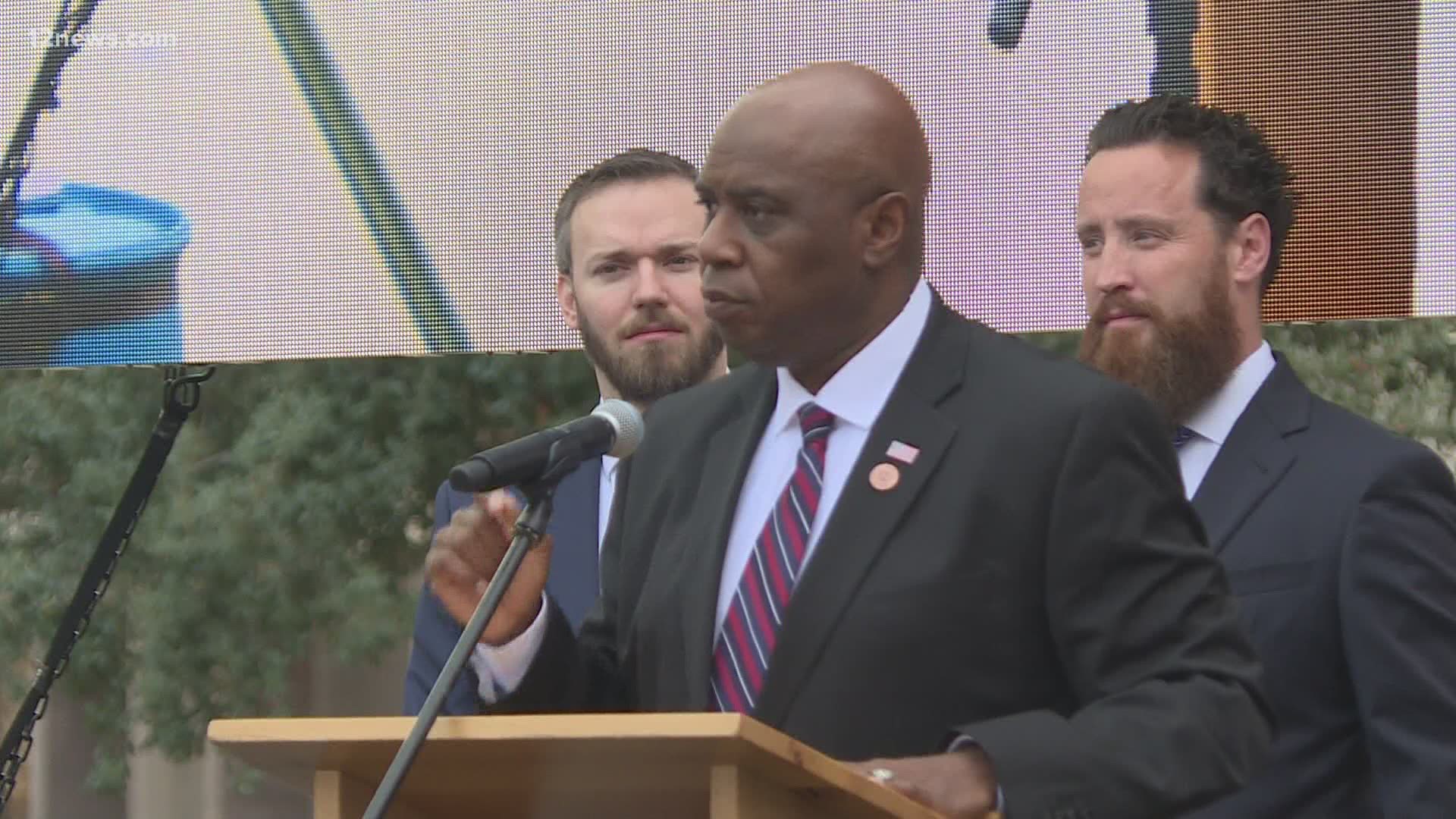 PHOENIX — An Arizona bill that would force prosecutors to treat abortion as a murder case -- possibly exposing women and doctors to prison time or even the death penalty -- faces a growing backlash just hours after it was rolled out Friday at a joyous rally on the state Capitol lawn.

WHAT THE BILL WOULD DO

-Give county attorneys the power to prosecute “homicide by abortion,” regardless of conflicting federal laws or court decisions

Republican State Rep. Walt Blackman of Snowflake told the crowd of several hundred that the bill “will not be amended. It’s a perfect bill... This bill’s gonna take a minute to get through.”

In an interview afterward, Blackman said “everyone” involved in an abortion could be subject to prosecution.

Blackman, who is staunchly pro-life, refused to directly answer why he would condone the death penalty for women or doctors.

The rally, conducted as a kind of church gathering with music, a stage and big screen, was led by Pastor Jeff Durbin. His Apologia Church sponsored the event with Florida-based Action for Life.

Durbin told me he had been working on the bill for a year.

In an interview four years ago about his anti-abortion ministry, Durbin said he believed a woman should get the death penalty for ending a pregnancy.

“Anybody that severs the heads and arms and legs off of a baby girl should get the death penalty,” he told the interviewer.

WHAT ABOUT ROE VS WADE?

The rally was held on the 48th anniversary of the landmark U.S. Supreme Court decision that affirmed a woman’s constitutional right to an abortion.

Speakers derided the high court’s ruling as an “opinion” that doesn’t have the force of law.

“It’s fallacious,” Durbin said. “The Supreme Court wasn't meant to be the supreme being in our nation.”

Durbin and other speakers also said abortion is “illegal” in Arizona. The state outlawed abortion in the early ‘70s, but the law was suspended and never enforced after the Roe vs. Wade ruling.

The legislation, if passed and signed by the governor, would be the most extreme anti-abortion law on the books, based on state legislation compiled by the Guttmacher Institute.

On its face, however, the bill appears to be unconstitutional.

“The bill itself is pretty horrifying, regardless of whether it's constitutional, and it’s not,” said Democratic State Rep. Athena Salman of Tempe.

“I've always believed this is the end game: to criminalize and outlaw abortion.”

Lawmakers in Mississippi and North Dakota are considering similar legislation

Late Friday afternoon, less than 24 hours after the bill was introduced, the top prosecutor in Arizona’s largest county and the state’s leading anti-abortion activist came out against it.

“As County Attorney, I have been clear that I will not prosecute a woman for her healthcare choices, and I stand by this position. I do not support this bill.”

Cathi Herrod, president of the Phoenix-based Center for Arizona Policy, is the person most responsible for the stack of anti-abortion bills passed by the Legislature over the last decade.

“We do oppose any move to put the woman who seeks or has an abortion in prison,” Herrod said in a statement sent to 12 News. “In the pro-life community, we love both the woman and her unborn child. Both are victims.”

“Center for Arizona Policy has always been fully committed to advocating for Arizona women and their preborn babies.

“We strive for a day when abortion is unthinkable and not legal because it takes a human life and it deeply harms the woman – both physically and emotionally. We share this common belief with many Arizona citizens and organizations that are compelled to speak out and take steps toward a future without abortion.

“CAP’s focus right now is on legislation that will provide further protections in Arizona law for the preborn and their mothers with a likelihood of being upheld by the courts.

“We all look forward to a day when abortion is unthinkable and illegal, and I applaud all efforts to that end.

“CAP has not taken a position on HB 2650, but we do oppose any move to put the woman who seeks or has an abortion in prison. In the pro-life community, we love both the woman and her unborn child. Both are victims.”

Blackman’s bill has yet to be scheduled for a committee hearing. Adel’s and especially Herrod’s comments could give some Republicans’ cover to let the bill die a quiet death. The constitutional problems are obvious. While Republican Gov. Doug Ducey brags about his anti-abortion credentials, it’s a certainty he doesn’t want the Legislature to pass and send him a bill for signing that’s associated with a death penalty for women.