A report alleges that Stringer was charged with multiple sex-related offenses in Maryland in 1983, including child pornography. Stringer claims the charges were dropped and expunged without guilty pleas. 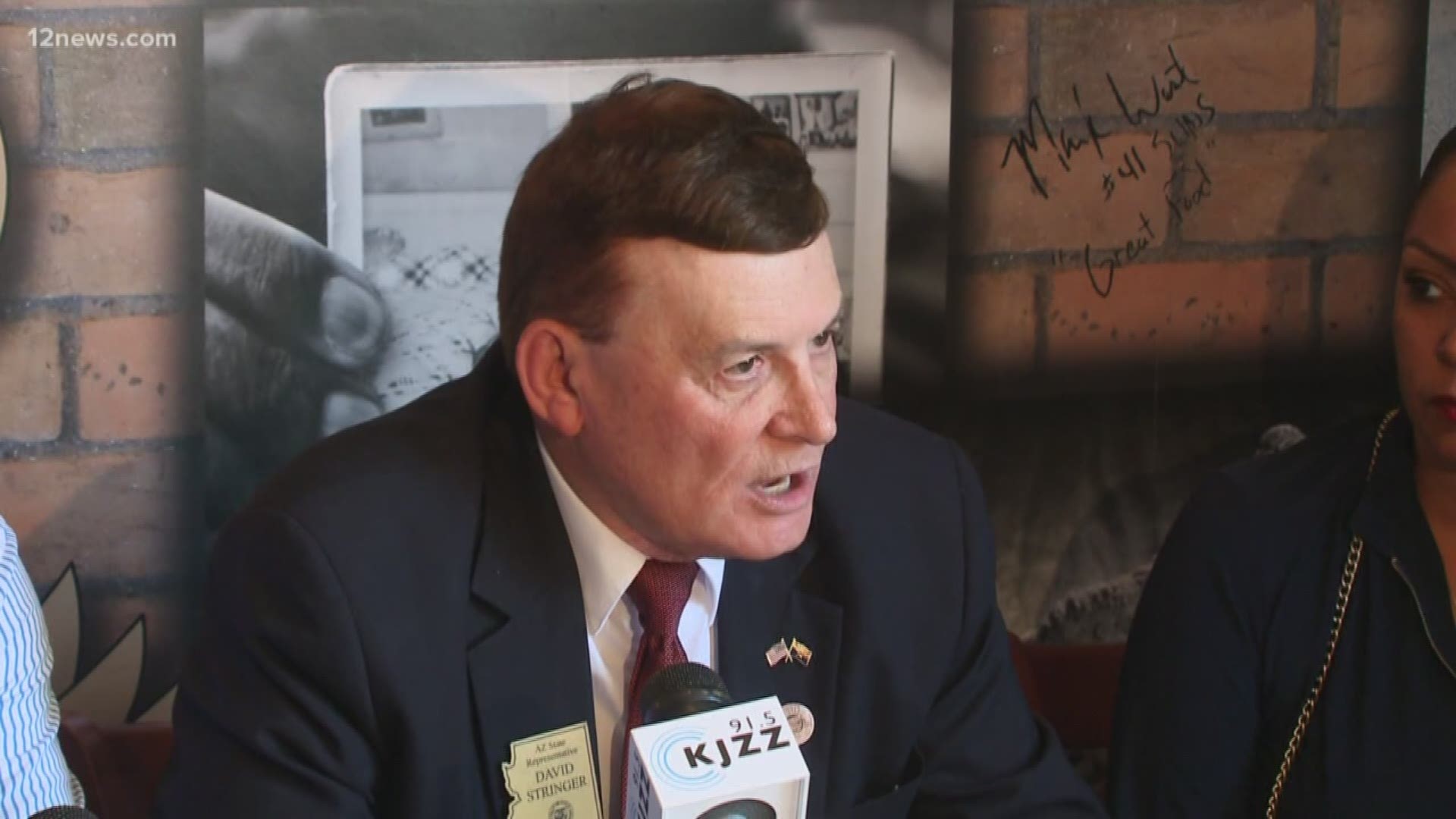 A Phoenix New Times article reports that Stringer was charged with multiple sex-related offenses, including child pornography and patronizing prostitutes, when he lived in Baltimore in 1983.

“I hope that Rep. Stringer will reflect on the impacts of these reports as he considers whether to continue in his office,” said Arizona House Speaker Rusty Bowers in a statement Thursday.

Gov. Doug Ducey also called on the lawmaker to resign, saying, “I’ve already said he should resign and step down, and I stand by that.”

In text messages to 12 News, Stringer says the allegations against him were dropped and expunged without guilty pleas.

“Resigning over a 35-year-old allegation for which I was not convicted and which was expunged would set an incredibly bad precedent,” Stringer said via text.

In a continuing text, Stringer said, “I need to stay in the legislature to make sure Arizona gets criminal justice reform."

Stringer said he would not hold it against anyone for responding to “salacious” headlines but said more "sober second thoughts will prevail."

Rep. Kelly Townsend called for Stringer’s resignation in a statement Friday. She also said she planned to file an ethics complaint Monday afternoon.

On the criminal justice reform he mentioned, Stringer has been on the opposite side of most other lawmakers at times.

For example, he voiced opposition last year to legislation that put restrictions on underage children marrying.

“I think many of us know of situations of people who are 15, 16, 17 years old have boyfriends four or five years older than they are. They have healthy relationships and may even have healthy marriages,” he said at the time.

This year, Stringer also sponsored legislation that would allow sex offenders to potentially no longer need to register as sex offenders after 10 years.