Who are the third party candidates running for president?

Joe Biden and Donald Trump are the ruling parties' candidates, but third party candidates will also appear on 2020 General Election ballots. So, who are they? 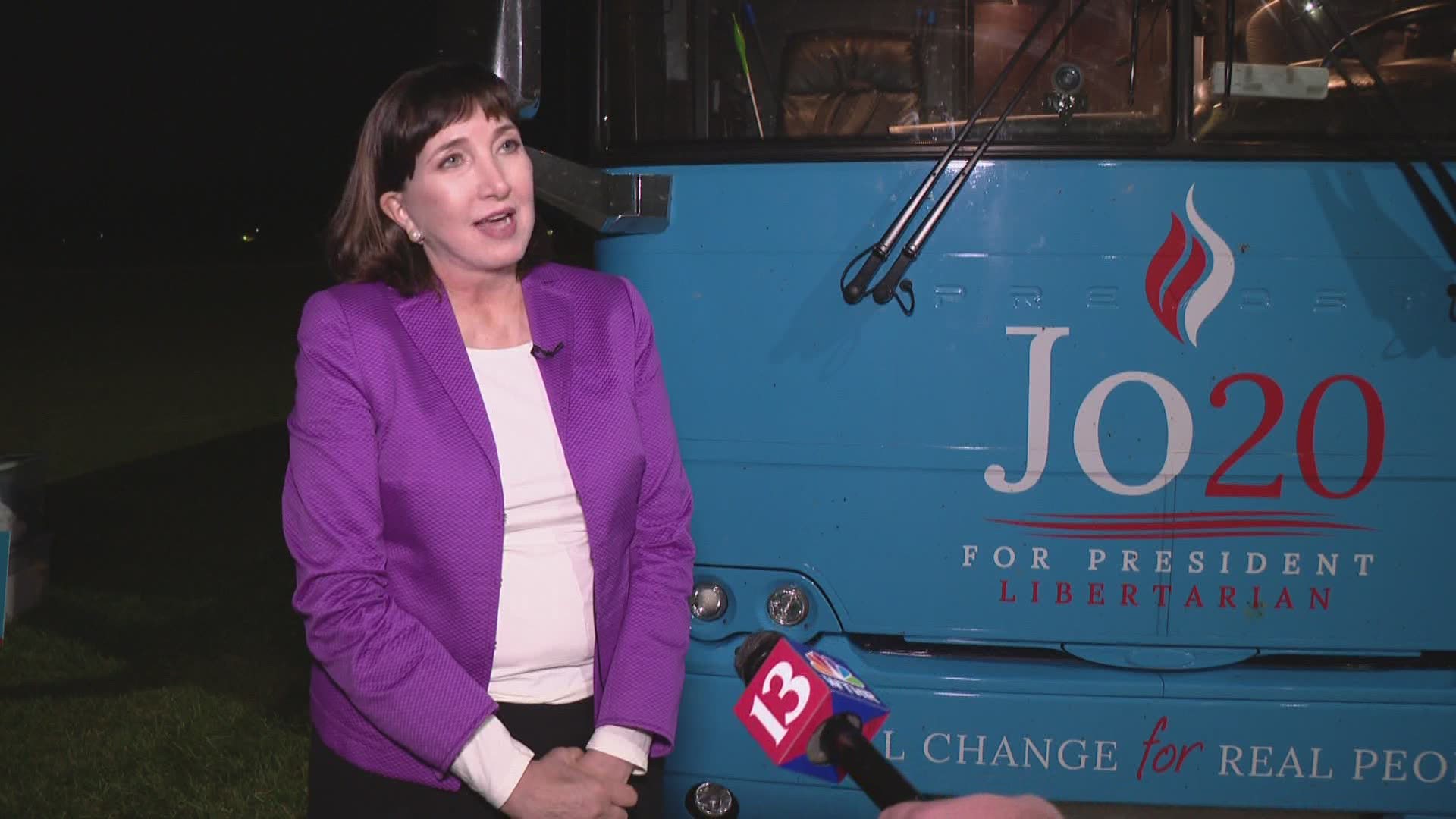 In 2016, third party candidate Gary Johnson set the record for the Libertarian Party’s best-ever electoral result with 3.27 percent of total votes. The other third party candidate, Jill Stein of the Green Party, received about 1.1 percent of votes. While those votes didn’t put a dent in the electoral college, Johnson and Stein’s presence on the ballot did have an effect on the Democratic and Republican candidates’ overall votes.

In 2020, more third party candidates have the potential to stir things up.

Particularly in Maine, where the 2020 General Election will implement ranked-choice voting in the presidential race for the first time in U.S. history, third party candidates will likely have a greater impact than in other states.

Alliance Party candidate Roque “Rocky” De La Fuente says he hopes the use of ranked-choice voting in Maine will send a message to the two controlling parties.

“Rank choice voting provides Maine voters the opportunity to vote for me, and other third party and independent candidates like me, to take office and begin to bring about the necessary changes this state and nation so desperately need,” De La Fuente said.

De La Fuente will appear on General Election ballots 16 states, including Maine. Howie Hawkins of the Green Party and Jo Jorgensen of the Libertarian Party are other notable candidates, though a handful of others—such as Kanye West—are set to appear on at least five states’ ballots.

Jo Jorgensen is the Libertarian candidate. Her running mate is Jeremy "Spike" Cohen.

Here's what we know about Jorgensen:

The Jorgensen/Cohen ticket will appear on the ballot in all 50 states and Washington, D.C.

Voting for more government spending inevitably leads to higher taxes to pay for it – now, or in the future. As President, I will work tirelessly to slash federal spending, make government much, much smaller, and let you keep what you earn.https://t.co/43XKMFNXBk#Election2020

Learn more about Jorgensen's and her platform here.

Howie Hawkins is the Green Party candidate this election. His running mate is Angela Nicole Walker.

Here's what we know about Hawkins:

The Hawkins/Walker ticket will appear on the 2020 General Election ballot in 30 states and territories, including Washington, D.C. and Guam, and will be conducting a write-in campaign in 17 other states. The campaign is facing legal challenges to get on the ballot in Pennsylvania, Louisiana, Nevada, and Oklahoma. For a full list of states that will have Hawkins on the ballot, click here.

Learn more about Hawkins' and his platform here.

Here's what we know about De La Fuente:

The De La Fuente/Richardson ticket will appear on the ballot in 15 states and will run a write-in campaign in three states. He is on the ballot in California with Kanye West as his running mate.

Learn more about De La Fuente and his platform here.

Rapper and fashion designer Kanye West is running as a member of the "Birthday Party" in the 2020 Election. His running mate is Michelle Tidball.

Here's what we know about Kanye West's presidential campaign:

We must now realize the promise of America by trusting God, unifying our vision and building our future. I am running for president of the United States 🇺🇸! #2020VISION

West will be on the ballot in 5 states: Arkansas, Colorado, Oklahoma, Utah, and Vermont. He has pending applications in Iowa, Missouri, Minnesota, and Tennessee. He missed the filing deadline in 25 states, including key swing states Florida, Michigan, and Wisconsin.

RELATED: Republicans push Kanye 2020. But will it really hurt Biden?

Here's what we know about Blankenship:

The Blankenship/Mohr ticket will appear on the ballot in 18 states and will have a write-in campaign in Alabama, Pennsylvania, and Vermont.

Click here to learn more about Blankenship and his platform.

Brian Carroll is the American Solidarity Party candidate for president. His running mate is Amar Patel.

Here's what we know about Carroll:

The Carroll/Patel ticket will appear on the ballot in 8 states (Colorado, Wisconsin, Illinois, Arkansas, Louisiana, Mississippi, Vermont, and Rhode Island) and will have a write-in campaign in 21 states. Paperwork to get on the ballot in 5 states has been submitted, while the candidate is ineligible in: Nevada, Montana, Oklahoma, South Carolina, North Carolina, West Virginia, Hawaii, and Maine.

Alyson Kennedy is a Socialist Workers Party candidate for president. Her running mate is Malcolm Jarrett.

Kennedy and Jarrett will appear on the ballot in Colorado and Vermont, with petitions filed in other states.

Gloria La Riva is a Party for Socialism and Liberation candidate for president. Her running mate is Sunil Freeman.

Here's what we know about La Riva's campaign:

The La Riva/Sunil ticket will appear on the ballot in 15 states and will have a write-in campaign in 12 other states.

Learn more about La Riva and her campaign here.

Brock Pierce is running as an Independent for president. His running mate is Karla Ballard.

Here's what we know about Pierce:

We live in a duopoly. We have a two-party system that’s effectively two sides of the same coin. We need real change. We need something to emerge that transcends partisan politics.

Pierce is on the ballot in 15 states and Washington, D.C. He's a write-in candidate in Alabama, Pennsylvania, New Jersey, Vermont, and Rhode Island.

Learn more about Pierce and his campaign here.

To see which candidates will appear on your state's General Election ballot, visit your Secretary of State's website for sample ballots.