Vice President Pence will speak at the 'Make America Great Again!' Victory Rally events in both Flagstaff and Tucson. 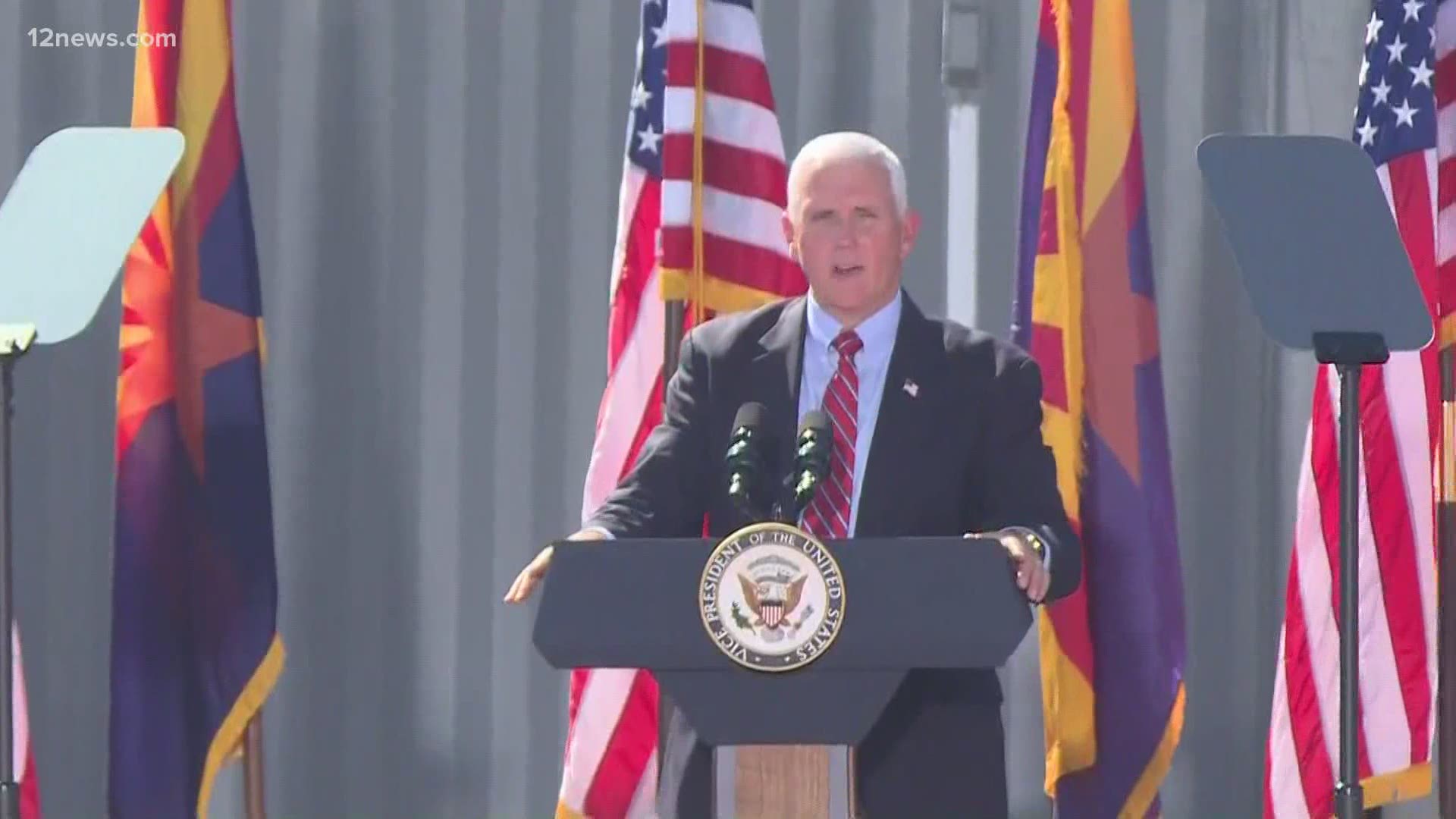 ARIZONA, USA — Editor's Note: The above video is from coverage of Pence's recent visit to Peoria.

The Trump campaign announced on Wednesday that Vice President Mike Pence will be speaking at two rally events in Arizona on Friday.

The events would take place at airports in Flagstaff and Tucson.

Pence will start the day at the Flagstaff Pulliam Airport at 11:30 a.m. Doors will open to the public at 9:30 a.m.

Pence will leave Flagstaff for the Tucson International Airport for the rally at 2:30 p.m. Doors will open to the public at 12:30 p.m.

Pence will discuss the economy including "America First trade deals, tax cuts and regulatory reform", according to the Trump campaign statement.