VERIFY: Trump wants his voters to stake out polls. In Arizona, they can't do that

President Donald Trump's baseless claims have fueled a distrust of the election. But Arizona law spells out guidelines for poll observers. 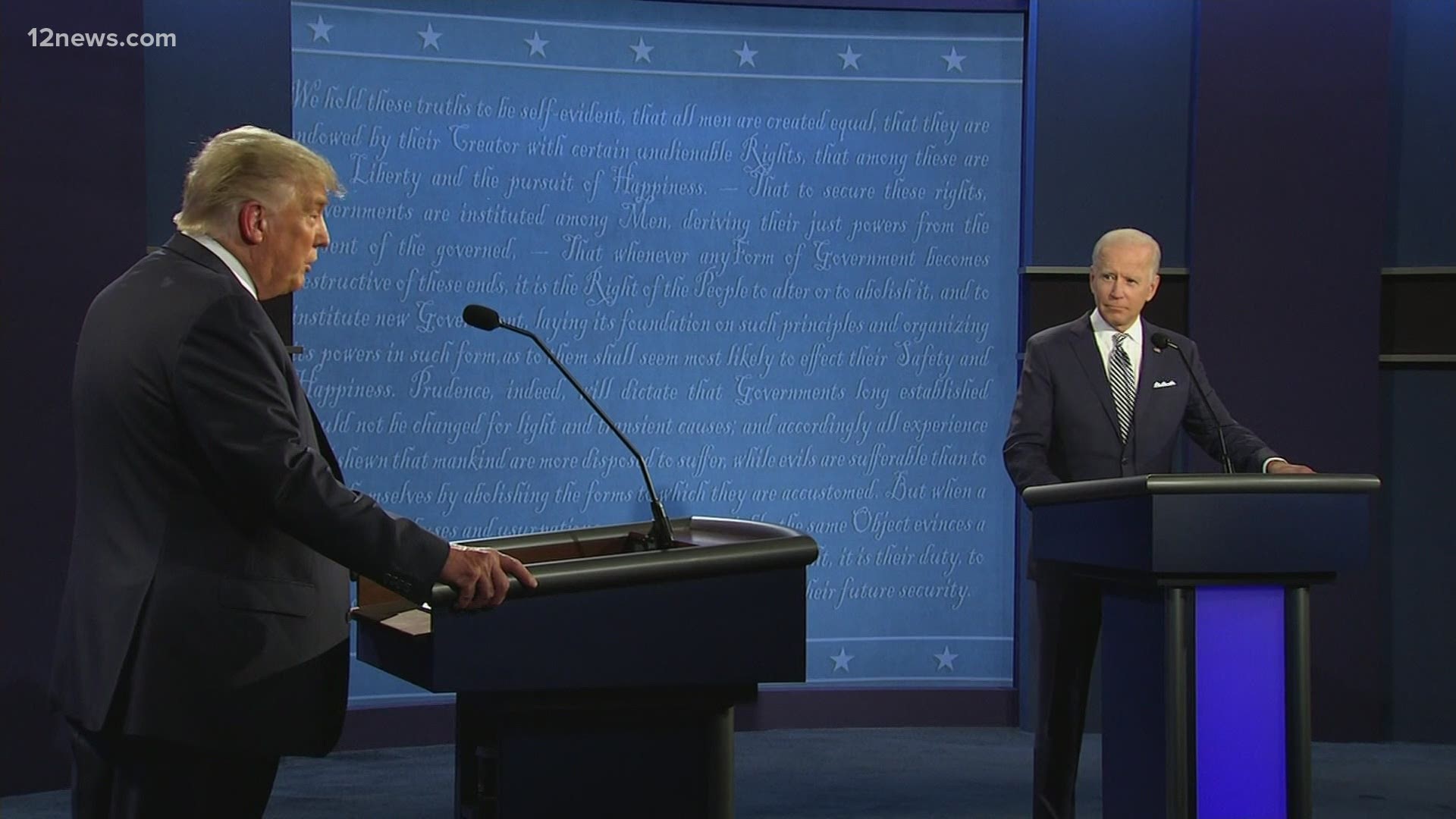 “I am urging my supporters to go into the polls and watch very carefully because that’s what has to happen,” he said, “I am urging them to do it.”

Trump was following up on a baseless claim he tweeted earlier in the day, that poll watchers were turned away in Philadelphia.

According to the Philadelphia Inquirer, there are no actual polling places open yet for Trump poll watchers to invade.

Here in Arizona, we verified that Trump supporters - or any candidate’s backers - can’t just march into a polling place to see what’s going on.

Wow. Won’t let Poll Watchers & Security into Philadelphia Voting Places. There is only one reason why. Corruption!!! Must have a fair Election.

Trump’s idea of random poll watchers isn’t anything like what Arizona law allows.

“There’s a long tradition of poll observers on both sides,” Secretary of State Katie Hobbs said in an interview.

“They help add transparency to the process and ensure that things are going smoothly and that there isn’t any intimidation or any other things that shouldn’t be happening at polling places.”

Arizona law spells out how poll observers are selected: 1 per party per precinct.

“They are not allowed to interfere with the voting process, they can’t take photos, they can’t talk on the phone,” said Scott Jarrett, Maricopa County’s co-elections director.

“They’re just there to observe the process and they are able to take hand-written notes.”

Poll observers must have a credential signed in ink - no photocopies allowed - by their county party chairman.

They also receive training from the county and their party.

Security plans for areas outside polling places are being drawn up by local, state and federal law enforcement officials.